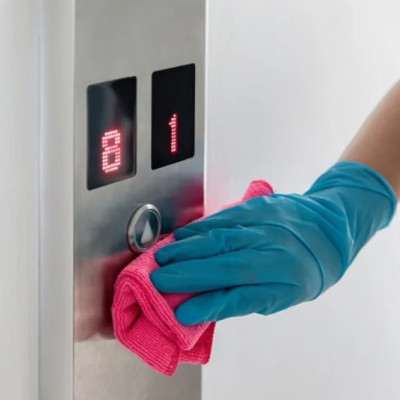 In a recent study published in PLoS ONE, researchers developed nanocomposite coatings to prevent surface contamination by a human coronavirus (HCoV).

Metals such as silver, copper, titanium oxide, and zinc are toxic to bacteria and viruses even in small quantities and have been used as antibacterial and antiviral agents. Copper was the first metallic antimicrobial recognized by the United States (US) Environmental Protection Agency (EPA). Further, copper could be adsorbed on surfaces as nanoparticles (NPs).

Polymer-embedded copper NPs have been effective at eliminating different bacterial and viral infections. Two mechanisms have been proposed for the antiviral/antimicrobial activity of polymer-embedded copper NPs. That is, 1) copper ions are released, migrate to the surface and interact with bacteria/viruses, or 2) direct contact between copper species on the surface and adsorbed viruses/bacteria.

The study and findings

In the present study, researchers evaluated the prevention of surface contamination by HCoV-OC43 using copper-based nanocomposite coatings. The antiviral efficiency of copper and copper oxide (CuO) NPs was assessed by embedding them into epoxy and polymethyl methacrylate (PMMA) polymers.

The NPs were added to polymer solutions in different quantities to prepare suspensions ranging from 1% (w/w) to 20%. These were coated on inert surfaces to prepare films. The inactivation of HCoV-OC43 was tested on these films by immobilizing the virus. The surfaces were incubated with a cell culture medium which was then added to a culture of HCT-8 cells to quantitate viral activity.

Cells were collected after two days (of incubation) for RNA isolation and subject to quantitative reverse transcription polymerase chain reaction (qRT-PCR). Antiviral activity was evident with both NPs. Viral quantity was marginally higher than control samples with pristine PMMA, but adding 1% copper NP reduced the viral amount by 79%.

PMMA-based matrix was much more efficient in reducing viral quantity than epoxy polymer. The authors characterized the nanocomposite films by X-ray photoelectron spectroscopy (XPS) to investigate why the polymers produced different antiviral activity when mixed with NPs. XPS analysis showed that CuO was present on the PMMA surface but absent on the epoxy surface.

This was further confirmed by scanning electron microscopy (SEM), which revealed the agglomeration of CuO NPs on the PMMA surface, whereas the surface of epoxy films lacked NPs. Therefore, the observed difference in the antiviral effect between the epoxy and PMMA could result from the difference in NP content on the polymer’s surface.

The team incubated coated surfaces in water and analyzed using inductively coupled plasma spectroscopy. Copper ions were not detected in the supernatant, suggesting that the antiviral effect was likely the result of direct contact with the virus, i.e., contact killing. This could also explain why the epoxy matrix-based surfaces showed no antiviral effect.

The optical transparency of a film coated with 5% CuO NPs was 98%. Next, they tested the aging of polymer NP solution. PMMA-based solution of 5% copper NPs, CuO NPs, or a 1:1 mix (of copper and CuO NPs) was aged for seven days at alternating cycles of heating (for 12 hours) at 50 °C and cooling at room temperature.

Interestingly, the 1:1 mix of both NPs yielded a lower viral quantity than individual NPs and retained antiviral activity even after aging. Next, the experiments were repeated using a green fluorescent protein (GFP)-labeled retrovirus from the Lentivirus family. The diluted viral stock was seeded on surfaces coated with nanocomposite films.

The surfaces were incubated in a culture medium and added to a culture of T cells for a 48-hour incubation. Cells were collected and subject to fluorescence-activated cell sorting (FACS). The percentage of infected cells decreased with the increasing concentration of NPs. The surface coated with 5% CuO caused a decrease of infected cells to the same levels as with 10% or 20% suspensions.

In summary, the present work showed effective inactivation of HCoV-OC43 using polymer composites prepared with copper and CuO NPs. Further, they also demonstrated the generic effect of the nanocomposites by testing with a retrovirus. Inactivation efficiency was based on the quantity of NPs, with the threshold being 5%, and the antiviral effect was likely by the ‘contact killing’ mechanism.