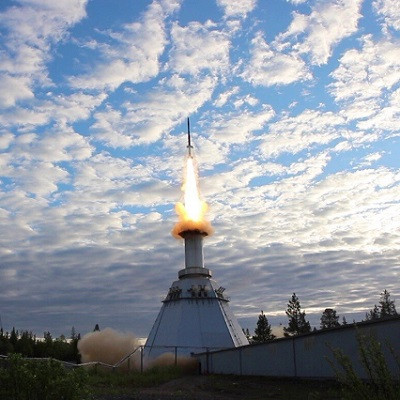 For the first time, researchers in Germany sent perovskite and organic solar cells on a rocket into space. The solar cells withstood the extreme conditions in space, producing power from direct sunlight and reflective light from the Earth’s surface.

One of the goals for space missions is to minimize the weight of equipment that the rocket carries. While current inorganic silicon solar panels used in space missions and satellites have high efficiencies, they are also very heavy and rigid. The emerging technology of hybrid perovskite and organic solar cells that are incredibly light and flexible becomes an ideal candidate for future applications.

“What counts in this business is not the efficiency, but the produced electric power per weight, which is called specific power,” says senior author Peter Müller-Buschbaum of Technical University of Munich in Germany. “The new type of solar cells reached values between 7 and 14 milliwatts per square centimeter during the rocket flight.”

“Transferred onto ultra-thin foils, one kilogram (2.2 pounds) of our solar cells would cover more than 200 square meters (2,153 square feet) and would produce enough electric power for up to 300 standard 100-W light bulbs,” says first author Lennart Reb, of Technical University of Munich in Germany. “This is ten times more than what the current technology is offering.” 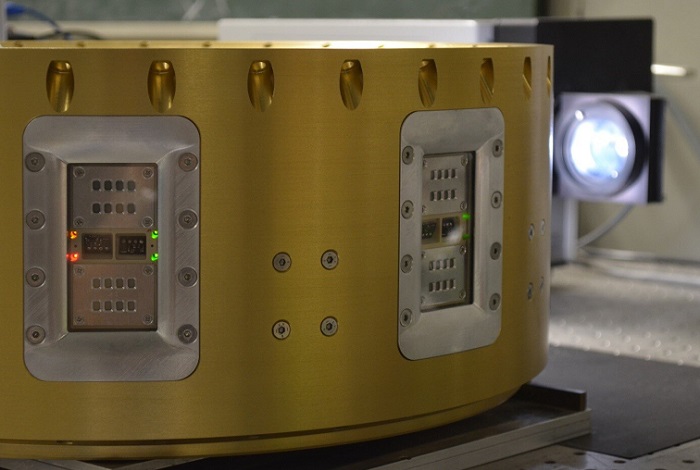 A close-up of the experiment 'Organic and Hybrid Solar Cells In Space' (OHSCIS) in a laboratory test environment.

In June 2019, the rocket launched in northern Sweden, where the rocket entered space and reached 240 kilometers (149 miles) in altitude. The perovskite and organic solar cells, located at the payload, successfully withstood extreme conditions on the rocket ride–from the rumbling forces and heat at liftoff to the strong UV light and ultra-high vacuum in space. “The rocket was a big step,” says Reb. “Going to the rocket was really like going into a different world.”

In addition to operating efficiently in space, the perovskite and organic solar cells can also function in low-light conditions. When there’s no direct light on the traditional solar cell, the cell typically stops working, and the power output turns zero. However, the team discovered an energy output fueled by the weak diffuse light reflected from Earth’s surface from perovskite and organic solar cells that weren’t exposed to direct sunlight.

“This is a good hint and confirms that the technology can go into what is called deep space missions, where you would send them far out in space, far away from the sun, where standard solar cells wouldn’t work in,” says Müller-Buschbaum. “There’s really exciting future for this sort of technology, bringing these solar cells into more space missions in the future.”

But before launching more new solar cells into space, Müller-Buschbaum says one of the limitations of the study is the short time the rocket spent in space, where the total time was 7 minutes. The next step is to employ long-term applications in space, such as satellites, to understand the cells’ lifetime, long-term stability, and full potential.

“It’s the very first time these perovskite and organic solar cells ever were in space, and that’s really a milestone,” says Müller-Buschbaum. “The really cool thing is that this is now paving the way for bringing these types of solar cells to more applications in space. On the long run, this might also help to bring these technologies for broader use in our terrestrial environment.”

The work, published on August 12, 2020, in the journal Joule, sets the foundation for future near-Earth application as well as potential deep space missions.