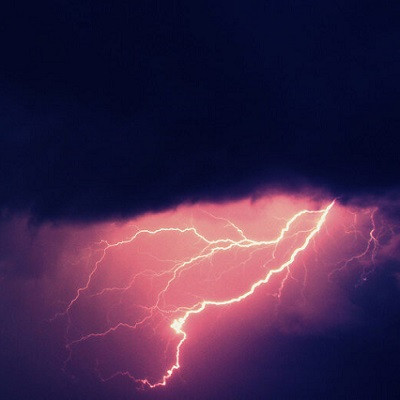 An international team of researchers is pioneering laser tractor beam technology that has the potential to control the path and direction of lightning.

Lightning never strikes twice, so the saying goes, but new technology may allow us to control where it hits the ground, reducing the risk of catastrophic bushfires. Many of Australia's devastating 2019-20 bushfires were caused by dry lightning strikes.

An international team of researchers, including scientists from The Australian National University (ANU) and UNSW Canberra, are pioneering laser tractor beam technology that has the potential to control the path and direction of lightning.

Co-researcher Dr Vladlen Shvedov, from the ANU Research School of Physics, said the team used a laser beam that mirrors the same process as lightning and creates a path that directs electrical discharges to specific targets.

"We can imagine a future where this technology may induce electrical discharge from passing lightning, helping to guide it to safe targets and reduce the risk of catastrophic fires."

The team used a laser intensity a thousand times less than that in any previous attempts, meaning any potential technology to control lightning could be much cheaper, safer and more precise.

Co-author Professor Andrey Miroshnichenko, from UNSW Canberra, said the discovery has important applications for reducing bushfire risk as the tractor beam can be guided over long distances and allows for precision control of the lightning's discharge.

"We have an invisible thread, a pen with which we can write light and control the electrical discharge to within about one tenth the width of a human hair," Professor Miroshnichenko said.

He said the discovery also has potential for the micro-scale control of electrical discharge in medicine and manufacturing applications.

"The medical applications include optical scalpels for the removal of hard cancerous tissue to non-invasive surgery techniques. We are really at the start of learning what this completely new technology might mean," Professor Miroshnichenko said.