Researchers Probe the 'Full' Thermoelectric Properties of a Single Molecule 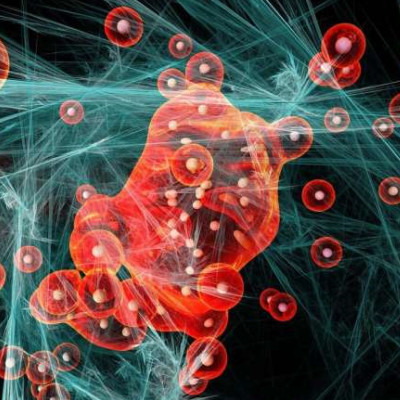 One of the dreams of physicists today is being able to harvest electricity back from dissipated heat. The key to this probably resides in circuits that contain single molecules. Instead of being limited to classical conductance, the thermopower can be enhanced dramatically by the properties of quantum states.

But then, what quantum states offer good efficiency? What characteristics are desirable? Theory often offers contrasting predictions. Unfortunately, experiments have also not yet provided any proof, since they are notoriously difficult to set up. But now, researchers at Delft University of Technology (TU Delft) in collaboration with UC Louvain, University of Oxford, Northwestern University and Heriot-Watt University have done just that. They experimentally probed the gate and bias dependent thermoelectric properties of a single molecule for the very first time. The results have been published in Nature Nanotechnology.

Mastering the thermocurrent through single molecules holds the key to thermoelectric energy harvesters with unprecedented efficiencies. This is true only in theory, though, because detailed experimental tests were simply not possible until now: studying the thermoelectric properties of a single molecule is a difficult task that requires the possibility to precisely heat up one side of a single molecule while keeping its other side cold. It also requires the ability to accurately measure the resulting minute thermoelectric currents, which are only a few fA-pA in size. Furthermore, tunability of experimental parameters like the temperature bias applied to the single molecule and control of its electrochemical potential are vital for a thorough understanding of the underlying physics of thermoelectricity in such atom-sized objects.

In a new paper, researchers of TU Delft achieve such a challenging experiment. They employ a novel methodology that allows them to study the electric and thermoelectric properties of a single molecule simultaneously, and over a large gate and bias voltage regime.

"Our experiments reveal—for the first time—the role of internal degrees of freedom, like molecular vibrations or spin entropy, on the thermoelectric properties," says former TU Delft researcher and Assistant Professor at UC Louvain Pascal Gehring. "By accessing the thermoelectric response function, we obtain full insight into the transmission function of single-molecules, and thus verify long-held assumptions about the interplay of electronic, spin and vibrational degrees of freedom in molecular electronics."

The measurements are the first of their kind. They unveil the different contributions of different states, and show the importance of electron-vibrational coupling and of spin entropy. Gehring: "We thus validate theories about what factors impact most crucially the thermoelectric properties, and indicate the synthetic directions to influence the heat to energy conversion in single molecules."

The results also provide the first realistic implementation of a molecular design. The researchers found that the thermoelectric response of a single molecule is strongly impacted by its entropy, or in other words, its state of disorder. If the entropy of the molecule changes a lot upon adding an extra electron to it (because, e.g. its spin degree of freedom changes), an enhanced thermoelectric power factor can be obtained. Thus, engineering single molecules with high spatial or spin entropies would be a promising new way to design future thermoelectric power generators for energy harvesting applications.