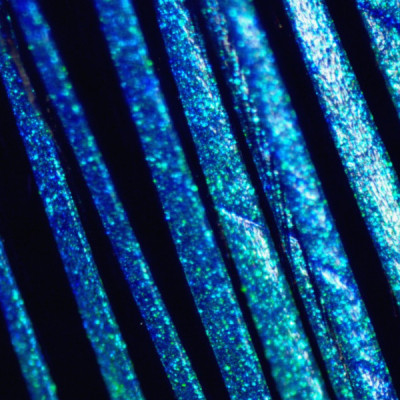 A recent study by a team of researchers led by Dr Vinod Kumar Saranathan from the Division of Science at Yale-NUS College has discovered a complex, three-dimensional crystal called the single gyroid within feathers of the blue-winged leafbird. Dr Saranathan and his team’s breakthrough came from their investigation of the feather colours of leafbirds, an enigmatic group of perching birds endemic to South and Southeast Asia (including Singapore), one species of which has evolved the unique crystals in its plumage.

By comparing the colour-producing nanostructures present in close relatives, the team reported that this species is able to directly synthesise single gyroid photonic crystals, which have highly desirable optical and electronic properties that make them ideal for use in photovoltaic cells to generate solar energy. Use of this crystal – a “crowning achievement” in material science engineering which thus far has been manufactured only with great difficulty – has the potential not only to improve photovoltaic cells, meaning they can be produced more easily and cheaply, but also for use in other industrial applications like catalysis in fuel cells and fibre optics.

Published in Proceedings of the National Academy of Sciences of the United States of America (PNAS), this study is particularly relevant as the search for renewable sources of energy and sustainable manufacturing has taken on a fresh urgency.

Dr Saranathan, who holds a concurrent appointment at the National University of Singapore’s Department of Biological Sciences, said, “Currently, we cannot industrially manufacture single gyroid photonic crystals to work in the visible light spectrum, via self-assembly, a process that spontaneously brings together nanoscale chemical ‘Lego-blocks’. Larger crystals can be manufactured and then heat-shrunk to work with visible light, but so far this can be done only on a small scale and is not defect-free. Thus, our discovery of the first directly self-assembled single gyroid crystals known to science, found in these leafbirds, we think is revolutionary. The way leafbirds manufacture these crystals is much more straightforward than how butterflies (some of which use the same structure in their wing scales) or material scientists are known to do so.” 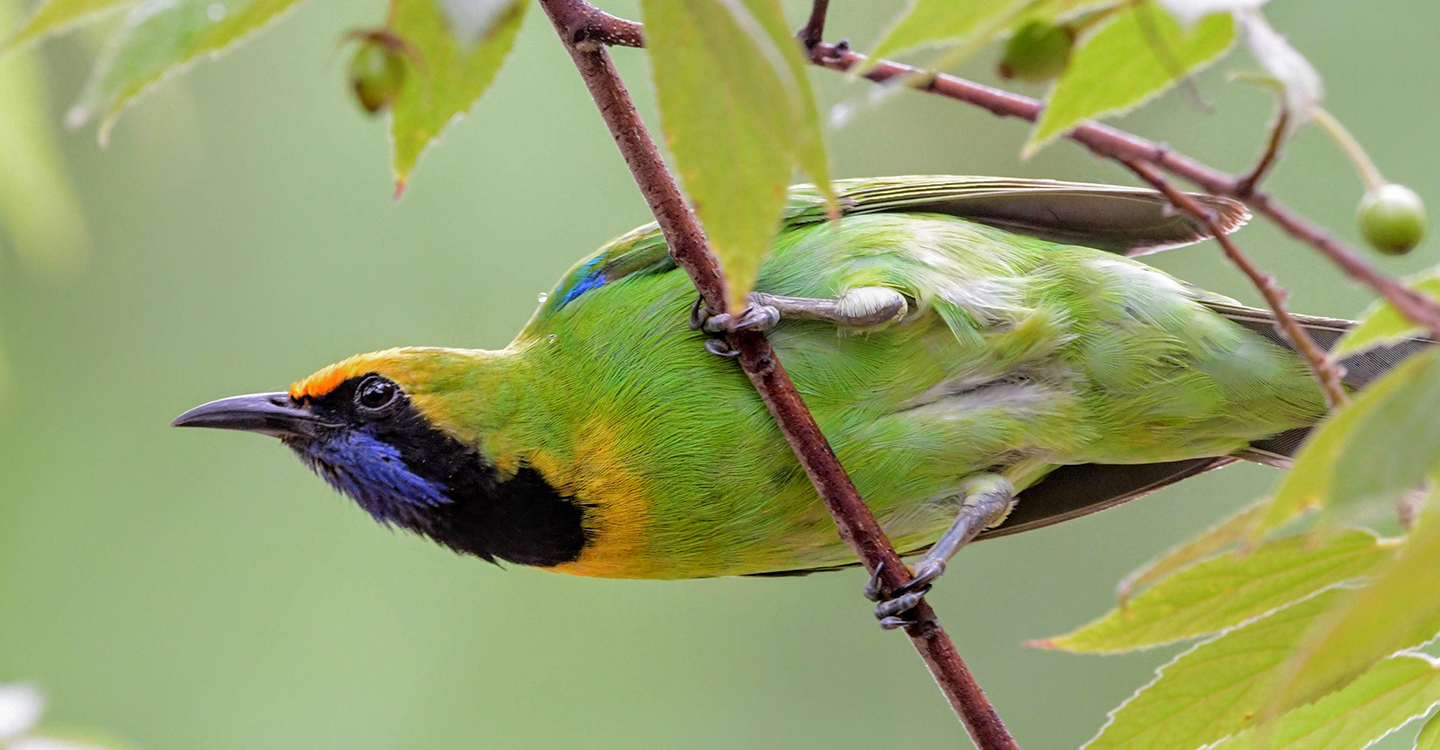 “Our research provides a clear insight on the class of patchy particles like charged proteins that researchers can investigate in the future, to see if they can be coaxed into forming these crystals at visible light scales. Knowing how leafbirds manufacture these exotic structures can spur novel biomimetic eco-friendly self-assembly strategies for large-scale materials synthesis at these highly challenging optical length-scales, given the urgent ecological need for such materials.”