Bacteria, Viruses, Chemicals: New Composite Fabric Protects Against Them All 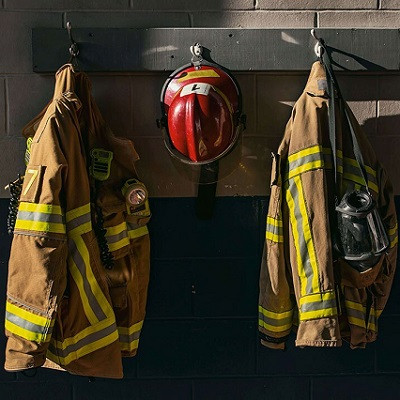 A new reusable fabric that can deactivate both biological and chemical threats could revolutionize protective clothing.

A team of researchers from Northwestern University (Il, USA) has developed a material that could change the current landscape of protective clothing. The material works to deactivate and thereby protect against certain biological and chemical threats. It is rare that a material can protect against both kinds of threats but additionally the material can be returned to its original form by being treated with bleach.

Described as “sophisticated bath sponges,” by Omar Farha, a member of Northwestern’s International Institute for Nanotechnology, the composite fabric has catalysts present in its cavities. These catalysts are able to capture and deactivate toxic chemicals, viruses and bacteria in a similar way to how sponges soak up water.

The technology is based on metal-organic frameworks (MOFs) and this MOF/fiber material development leads on from an earlier study by Farha’s team. The initial study led to the development of a nanomaterial specifically designed to deactivate toxic nerve agents. After some modifications, the team was able to fuse this material with antibacterial and antiviral agents.

“Having a bifunctional material that has the ability to deactivate both chemical and biological toxic agents is crucial since the complexity to integrate multiple materials to do the job is high,” noted Farha. The fabric works against SARS-CoV-2, gram-negative and gram-positive bacteria whilst also degrading toxic nerve agents such as sulfur mustard gas.

In addition, this material could also be used in face masks and other protective clothing. The material requires only basic textile equipment for its production; equipment that is currently available and used by the industry today, making it easy to mass produce. The nanopores of the material are wide enough to allow sweat and water to escape and when incorporated into a mask, it works to provide the wearer protection from viruses or to prevent them from infecting others.

As a result of this study, the researchers have developed a deeper understanding of the material’s active sites which could lead to further exciting developments in MOF technology.

Read the original article on BioTechniques.