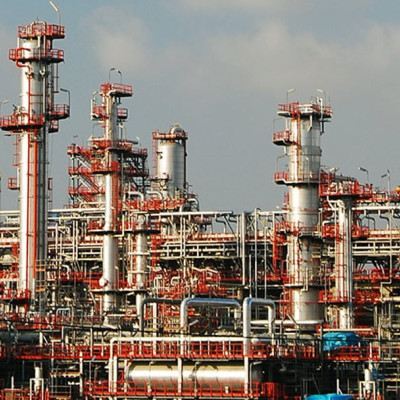 Researchers speculated that Cu2O{110} edges might be crucial in propylene epoxidation reactions based on their previous research on Cu2O catalysts.

Propylene oxide (PO) is a valuable intermediate product in chemical industry. Current industrial production of PO is neither cost-effective nor environmentally friendly. Propylene epoxidation with O2 to PO can overcome these drawbacks. However, its practical application is hindered by a lack of efficient catalyst with high selectivity.

The research team led by Prof. HUANG Weixin from the University of Science and Technology of China (USTC) of the Chinese Academy of Sciences (CAS) speculated that Cu2O{110} edges might be crucial in propylene epoxidation reactions based on their previous research on Cu2O catalysts. However, large rhombic dodecahedral Cu2O nanoparticles have insufficient {110} edges, while Cu2O cubes finer than 100 nm are much richer in {110} edges.

Utilizing the size effect, the researchers synthesized Cu2O cubes with an average size of 27 nm, which showed an outstanding PO selectivity at a relatively low temperature. It was confirmed that the abundant Cu2O{110} site was the active site for PO production.

Further investigations into the catalytic mechanism showed a temperature-dependent behavior for the catalyst. Under low temperatures, the reaction was dominated by Langmuir-Hinshelwood (LH) mechanism, in which weakly adsorbed O2 species served as active oxygen species. Under high temperatures, Mars-van Krevelen (MvK) mechanism played the major role. CO2 and acrolein were also formed as by-products, which undermined the PO selectivity of the catalyst.