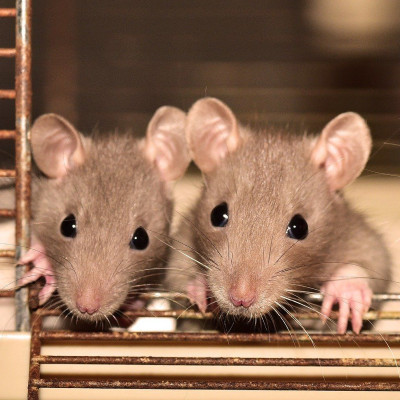 A “bioactive scaffold” regenerated damaged cells in the nervous systems of mice paralyzed from spinal cord injuries, allowing them to walk again 3-4 weeks after treatment—an astonishing feat never before achieved.

The treatment opens a gateway into research on curing paralysis that’s never been opened before, and could be subject of FDA trials as early as next year.

“I cannot tell you how excited I am about this work,” said Northwestern University’s Samuel Stupp, who led the trial. “This is probably the most important paper I’ve ever written, and it describes a piece of science that was truly unknown.”

Spinal cord injuries are generally game over as far as normal movement is concerned—on average, fewer than 3% of the 300,000 people in the U.S. living with such injuries will ever recover meaningful function over their legs.

Part of the reason is that the central nervous system isn’t very effective at repairing itself, and the scarring that occurs after such an injury acts as a physical barrier to most regeneration.

In some cases, external electrical stimulation can help retrain basic functions in the hands, but also the legs in a therapy program. GNN has also reported on the use of triple nerve transplants, which allowed for an Australian quadriplegic to regain the use of his hands.

This new method uses an injection, but rather than injecting stem cells, proteins, or modified genes to try and program tissues to repair themselves, Stupp’s team used nanofibers, each just one ten-thousandth the width of a human hair, to mimic something called the extracellular matrix, which is a network of molecules surrounding cells. The fibers contain peptides, little bioactive molecules that transmit signals and promote nerve regeneration.

For the trial, published in Science journal, the mice that were paralyzed were given an injection of the fibers a day following their injury to simulate the time at which most spinal cord injury victims receive treatment.

fter four weeks the mice could walk again, and those that had received a placebo shot could not. Afterwards, when their spinal cords were examined—it was found that the axons, the severed extensions of neurons which generally fail to repair under normal injury conditions—regenerated, and that the physical barrier of the scar tissue diminished significantly.

More ver, the layer of axons which form a protective insulation called myelin, reformed itself, as did oxygen carrying blood vessels, and more motor neurons survived.

Stupp and the rest of the research team hypothesized this was because the receptors in neurons are in constant motion, but so are nanofibers, and the result of which is that the overly-busy pairs connected more effectively.

Stupps is now looking to trial the work with humans because the nervous systems across animal species are very similar, and because there’s simply nothing else out there for helping people who have lost mobility due to spinal cord injury.