Most Impressive Worldwide Nanotechnology Contributions to Life Quality in 2021 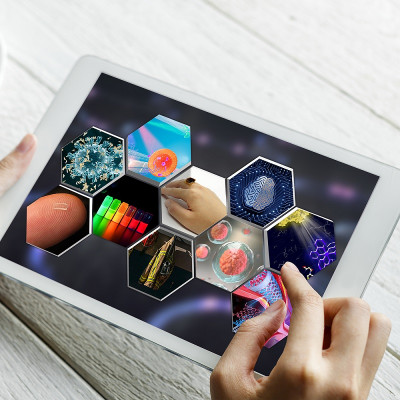 Given the whole published scientific reports, patents, statistics, news, standards, and regulations as well as commercial products and projects in 2021, StatNano is undertaking a survey in company with the audience to find out the most important event in the nanotechnology field with the greatest impact on people's life quality.

As a real impressive performer in the future scenes of science and human life, nanotechnology deserves increasing attention, and that’s why StatNano clients check back for this site regularly to follow the everyday updating news of this field.

In addition to news and statistics which StatNano put effort to stat them this year, we are going to recognize and publish those that aided more improvement in different people's life aspects. These subjects may not be an unfamiliar strange ones! But actually, a publication of new nanomaterials discovery or development, standard regulation, or product commercialization can pave the way to higher life quality, and thus with nanotechnology assistance, these will create the opportunity for the human in touch with nature to gain more life satisfaction.

The above-mentioned considerable achievements may be in one of the following categories:

Introduction of a novel technology including the presentation of new patented technology by research centers, start-up companies, and active industrial corporations in the nanotechnology field;

Development of new products which are published as the recent news related to companies;

Starting a project or plan of nanotechnology with high impact in the future (for instance, starting a multi-national project);

Regulation of law or an instruction adjustment with serious probable effect in nanotechnology future.

In this regard, all the global nano-community is invited to participate in a survey relevant to the most paramount nanotechnology attainment of 2021, which will be published on the StatNano website and social networks in the coming days.

Though vaccination is enabling the resumption of some pre-pandemic activities in parts of the world, severe acute respiratory syndrome coronavirus 2 (SARS-CoV-2) is rapidly working its way around vaccines by mutating itself. Neutralizing nanobodies are important for treatment and immunity against SARS-CoV-2 and its novel escape mutants. Using a library of variable antibody fragments (nanobodies) derived from heavy chain antibodies, researchers identified next-generation anti-SARS-CoV-2 neutralizing antibodies. These nanobody-based SARS-CoV-2 antibodies provide easier manufacturability, increased versatility, smaller size, and the ability to bind to more than one target site to increase potency and resistance to viral escape mutants. The nanobodies are significantly smaller. They are therefore able to bind to the virus in more places than regular antibodies. Stable enough to be used in inhalers or nasal sprays, the nanobodies also offer a new option, aside from injected vaccines, for COVID-19 prevention and treatment. The researches are in animal testing now.

EPFL scientists have developed AI-powered nanosensors that let researchers track various kinds of biological molecules without disturbing them. Their innovative technique which has been published in advanced material uses nanotechnology, metasurfaces, infrared light, and artificial intelligence. This pioneering AI-powered, metasurface-based biosensor will open up exciting perspectives for studying and unraveling inherently complex biological processes, such as intercellular communication via exosomes and the interaction of nucleic acids and carbohydrates with proteins in gene regulation and neurodegeneration. This technology has potential application in the fields of biology, bioanalytics, and pharmacology – from fundamental research and disease diagnostics to drug development.

Physics researchers of the University of Oxford showed that binding of multidentate ligands to the surface of lead halide perovskite nanocrystals suppresses the formation of surface defects that result in halide segregation, yielding materials with efficient and color-stable red emission. The key function of the ligand treatment is to ‘clean’ the nanocrystal surface through the removal of lead atoms. This work that was published in the March issue of Nature journal exemplifies how the functionality of metal halide perovskites is extremely sensitive to the nature of the nanocrystalline surface and presents a route through which to control the formation and migration of surface defects. This is critical to achieving bandgap stability for light emission and could also have a broader impact on other optoelectronic applications—such as photovoltaics—for which bandgap stability is required.

Researchers at Tohoku University and the University of Gothenburg have established a new spintronic technology for brain-inspired computing. So far, artificial neurons and synapses have been developed separately in many fields; this work which was published in Nature Material marks an important milestone: two functional elements have been combined into one. This work demonstrated the first integration of a cognitive computing nano-element - the memristor - into another spintronic oscillator. Using the memristor-controlled spintronic oscillator arrays, synaptic interactions between adjacent neurons could be tuned and they could program into mutually different and partially synchronized states. Memristor gating is therefore an efficient approach to input, tune and store the state of spin Hall nano-oscillator for non-conventional computing models.

By mimicking photosynthesis, MIT researchers have designed a new type of photocatalyst, known as a biohybrid photocatalyst, which contains a light-harvesting protein that absorbs light and transfers the energy to a metal-containing catalyst. The new photocatalyst can make pharmaceutical, agrochemical, and fuel synthesis more efficient and environmentally compatible. Biohybrid photocatalyst also demonstrated that unlike existing photocatalysts, can absorb all wavelengths of light. They combine two separate elements for increasing photocatalysis efficiency: one to harvest light and another to catalyze the chemical reaction. This work was supported as part of the Bioinspired Light-Escalated Chemistry (BioLEC) Energy Frontier Research Center and published in the Chem journal.

Researchers at the University of Pittsburgh have designed a new class of materials that are both sensing mediums and nanogenerators, and are poised to revolutionize the multifunctional material technology. This recently published research in Nano Energy describes a new metamaterial system that acts as its own sensor, recording and relaying important information about the pressure and stresses on its structure. The most innovative facet of the work is its scalability: the same design works at both nanoscale and megascale simply by tailoring the design geometry. While nearly all of the existing self-sensing materials are composites that rely on different forms of carbon fibers as sensing modules, this new concept relies on performance-tailored design and assembly of material microstructures offers a completely different, yet efficient, approach to creating sensor and nanogenerator material systems. This material can be used for a variety of civil, aerospace, and biomedical engineering applications.

The creation of nanoscale computers for use in precision health care has long been a dream of many scientists and health care providers. Now, for the first time, researchers at Penn State have produced a nanocomputing agent that can control the function of a particular protein that is involved in cell movement and cancer metastasis. The research that was published in Nature Communications, paves the way for the construction of complex nanoscale computers for the prevention and treatment of cancer and other diseases. The team targeted the protein focal adhesion kinase (FAK) which its activation resulted in the cells undergoing internal changes that enhanced their adhesive capabilities. They show for the first time that they can build a functioning nanocomputing agent within living cells that can control cell behavior.

A team of researchers from Northwestern University has developed a material that could change the current landscape of protective clothing. The composite fabric that is based on metal-organic frameworks (MOFs) has catalysts present in its cavities that are able to capture and deactivate toxic chemicals, viruses, and bacteria in a similar way to how sponges soak up water. Having a bifunctional material that has the ability to deactivate both chemical and biological toxic agents is crucial since the complexity to integrate multiple materials to do the job is high. The fabric works against SARS-CoV-2, gram-negative, and gram-positive bacteria whilst also degrading toxic nerve agents such as sulfur mustard gas. Results of the study have been published in the Journal of American Chemical Society (JACS).

9− New wearable device turns the body into a battery

Researchers at CU Boulder have developed a new, low-cost wearable device that transforms the human body into a biological battery. The device, described by scientists of the University of Colorado Boulder in the journal Science Advances is stretchy enough that you can wear it like a ring, a bracelet, or any other accessory that touches your skin. It also taps into a person’s natural heat—employing thermoelectric generators to convert the body’s internal temperature into electricity. These generators are in close contact with the human body, and they can use the heat that would normally be dissipated into the environment. While there are still kinks to work out in the design, Group researchers predict devices could appear on the market in five to 10 years.

Many of legitimate manufacturing companies and distributors suffer from brand-name counterfeit goods. Researches in electrical and computer engineering department at the University of Florida overcame this problem based on radio-frequency (RF) nanoelectromechanical systems (NEMS) tags. Because of RF NEMS tiny size, and the nature of their constituents, make these tags largely immune to physical tampering or cloning and they cost just a few pennies each at most. This tags characterized by the differences between its measured resonant frequencies and the corresponding frequencies for an ideal tag. These differences are encoded as short binary strings, padded to a standard length, with one bit signifying whether the frequency offset of positive or negative in fact these strings provide a unique digital fingerprint for the tag.