Eyebrow-Raising: Researchers Reveal Why Nanowires Stick to Each Other 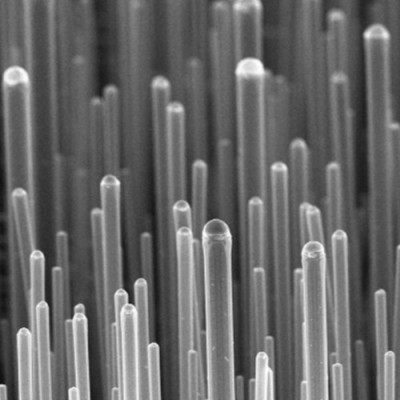 Nanowires, used in sensors, transistors, optoelectronic devices and other systems that require subatomic preciseness, like to stick together. Untangling electrical wires can be a difficult task — imagine trying to separate out wires 1/1000 the width of a human hair. The self-attraction of nanowires has been a major problem for quality and efficient bulk fabrication, with the potential to catastrophically short-circuit nanowire-based devices, but researchers in China have now revealed why the components cling to one each other.

“Electrostatic force, capillary force or van der Waals force has all been considered as driver of self-attraction in nanowires, but the cause remained debatable due to experimental challenges,” said first author Junfeng Cui, Dr. Junfeng Cui, Key Laboratory for Precision and Non-Traditional Machining Technology of Ministry of Education, Dalian University of Technology. 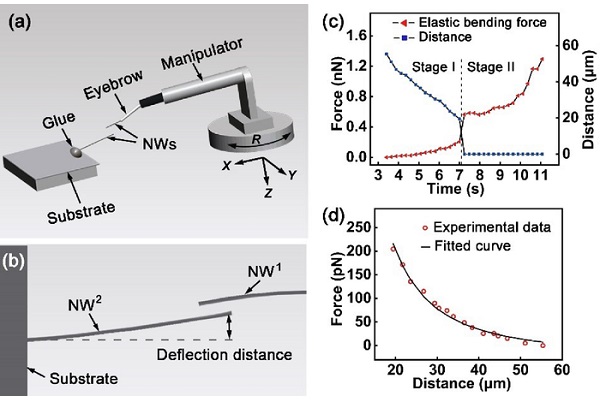 Researchers reveal why nanowires stick to each other

Nanowires attract each other in the air, but they are too tiny to be thoroughly examined without microscopic inspection. Nanowires are typically imaged with an electron microscope, which uses a beam of electrons to visualize especially small subjects — a variable that is difficult to correct in a material as sensitive to electrons as nanowires.

Next, they used a moveable manipulator holding a human eyebrow hair to apply glue to a nanowire and affix it to a substrate. The leftover glue was used to attach another nanowire to the eyebrow hair. Both nanowires were brought into focus in the optical microscope.

“We were able to measure the distance between two individual nanowires and related attractive force in real time,” Cui said, explaining they determined the attractive force by studying how the nanowire deflected from its stationary position. “The two nanowires attached to each other instantaneously when they were close enough, which can be attributed to the electrostatic force.”

Like plastic wrap sticking to a person’s hand, the differently charged electrons in the two nanowires increased as their distance decreased, snapping to each other at close range. And, like plastic wrap, it takes some force to separate them again — van der Waals force, to be precise. A weak interaction between atoms near each other, the van der Waals force can be easily broken by exerting stronger mechanical force to separate the materials.

“Providing a safe distance is the key to avoid nanowires bunching up together and possibly short circuiting leading to disastrous accidents, especially the fields of aerospace and nuclear energy — but, on the other hand, nanowire self-attraction has great potential in such applications as nanotweezers or nanoelectromechanical switches,” Cui said. “Understanding the self-attraction of nanowires is key to fabricating high-quality nanowires and developing high-performance nanowire-based devices. Our versatile method to identify and measure nanowire self-attraction revealed that the attraction behavior of nanowires can be controlled, as we hoped.”