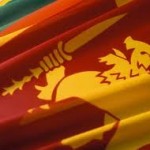 Across the globe another technological revolution is shaping up. The new revolution is termed Nanotechnology - controlling and manipulating matter at atomic scale for economic and social benefit. Unlike other industrial revolutions, this is open to anybody who has a sense of importance and an understanding of science and technology. As capabilities increase in leaps and bounds and the information revolution creates a "flatter world", the right mindset can grab these new opportunities offered. Globalization has its positives and negatives, but as this process is nearly irreversible, it is important that we take up the positives and capitalize on them.

Across the globe another technological revolution is shaping up. The new revolution is termed Nanotechnology – controlling and manipulating matter at atomic scale for economic and social benefit. Unlike other industrial revolutions, this is open to anybody who has a sense of importance and an understanding of science and technology. As capabilities increase in leaps and bounds and the information revolution creates a "flatter world", the right mindset can grab these new opportunities offered. Globalization has its positives and negatives, but as this process is nearly irreversible, it is important that we take up the positives and capitalize on them.

More than 70 countries in the world have their own nanotechnology initiatives. Today, Sri Lanka has joined in this with its own initiative, but the leadership given to this initiative by key decision makers is still weak. One wonders why this is the case. Why are we so conservative when it comes to innovation and risk taking, which is a characteristic that sets nations apart?

Country’s can, and should,

Sri Lanka had, unfortunately, failed to benefit from earlier technological revolutions in any meaningful manner. While Information technology has transformed Bangalore in India, in Sri Lanka, we are still only thinking in terms of Business Process Outsourcing (BPO) opportunities. Forays into biotechnology have created millionaires in India. India’s richest woman started her industry with extracting enzymes from papaya. In Sri Lanka, much of our fruits go to waste – close to 50%! This is far from ideal. We still have tussles over plastic crates when we know that it is useful and can transform agriculture.

Sri Lanka over the years has maintained a poor percentage close to 0.13% of GDP into research and development. Much of that again has been spent on salaries and general expenditure, with the result that the scientific infrastructure has fallen grossly behind globally competitive standards. The poor state of equipment and services and the non-availability of essential tools have stalled progress in Science in Sri Lanka. If we are to benefit from a new opportunity, some bold decisions are needed and it needs to come with commitment from the highest levels of authority.

In fact, in developing the National Nanotechnology Initiative (NNI), these pre-requirements were met. Strong decisions often cause opposition as well, and it is instructive to hear the voices of Scientists as well at times. Continuous dialogue and all-round contribution by way of results was what got the nanotech initiative off the ground. With the country poised to take off after 30 years of terrorist conflict, the NNI is quite important. The country has a choice, as one scientist said, of ‘becoming a smart country or a screwdriver economy’.

It was felt at the National Science Foundation (NSF) and the Ministry of Science and Technology that Science should be channeled for national development and that the emerging arena of nanotechnology offers an exciting opportunity. The NNI in Sri Lanka is an interesting case of a group of enlightened Sri Lankans abroad influencing an equally enlightened group of individuals in Sri Lanka to consider the emerging field of nanotechnology as an opportunity for Sri Lanka to forge ahead in economic development. The idea and the concept were well received by the Ministry of Science and Technology (now the Ministry of Technology and Research) along with the NSF which spearheaded the drive with the blessings of the H.E. the President. In fact, the President was briefed in detail quite early by a visiting Scientist whose presentation received his full attention. This prompted a Cabinet paper cementing the commitment by the Sri Lankan state to this cutting edge project. The presentation to the President took place in November 2005, after which the NSF took a key role in moving the initiative forward. The support given by the Head of State was vital for the initiative to take off and this should be acknowledged.

The Cabinet memorandum titled National Nanotechnology Initiative was presented to the Cabinet by the President and the Minister of Science and Technology and the approval given on 23rd August 2006. The objectives were to generate a critical mass of personnel supported by the necessary facilities to innovate at the national level. To promote nanotechnology based research and develop industries and to attract best Sri Lankan expertise, both here and abroad, was an objective from the inception. Today, the government has allocated 50 acres of land for a ‘Nanopark’ and helped in setting up Sri Lanka Institute of Nanotechnology (SLINTEC). The NSF has already finalized the National Nanotechnology Policy, which would be presented to the Cabinet shortly.

The national nano initiative’s main emphasis is to strengthen the competitiveness of the local industries, add value to national resources, and developing human resources to meet the needs of the industry. It is quite clear that esoteric research is not the aim, and rapid economic results are expected. Speed and the efficiency are closely monitored. Towards the end of 2011, a news item from the USA noted that the global nanotechnology industry output is set to reach US$2.4 trillion by 2015. Even with the global economic recession and dampened enthusiasm in many sectors, the global market for products incorporating nanotechnology is projected to grow at an annual growth rate of 11.1% between 2010 and 2015 to reach this value. As of 2011, a total of 175 different types of consumer nano products have been identified in nine different sectors. The Emerging Nanotechnology Project of the US Woodrow Wilson Centre records around 1345 products of nanotechnology in the general consumer segment. This should be exciting news for Sri Lanka. The planning community should be interested in knowing more, supporting more and embedding more of this type of innovation-led endeavours in future planning We are about to discover that Sri Lanka is a ‘treasure island’ in this ‘nano era’.

The objective of giving Sri Lankan science a new lease of life and adding pride to the label ‘Made in Sri Lanka’ would hopefully be an outcome of the country’s nanotechnology drive. But its realization, in any meaningful manner, needs the engagement and commitment of all players in the economy, especially the key decision makers.

The Institute of Policy Studies is a partner institute in a regional study on ‘Nanotechnology in South Asia: Building Capabilities and Governing the Technology in India, Pakistan and Sri Lanka’ supported by the IDRC, Canada. IPS is looking at the socio-economic impact of nanotechnology for Sri Lanka.

(This article is open for discussion at http://www.ips.lk/talkingeconomics)