Technology of the Future: Nano Insights into Solar Cells and Photovoltaics

Over the past decades, nanotechnology has played a pivotal role in improving the performance of first-generation silicon solar cells and laid the foundations for the new generations of solar cells based on thin films and nanostructures. Thus far, a wide variety of nanostructured solar cells have been introduced, but many scientists from around the world are still working to develop more and more efficient solar cells; perovskite, dye-sensitized, quantum dot, polymer, copper indium gallium selenide (CIGS), copper zinc tin sulfide (SZTS), cadmium telluride (CdTe), and gallium arsenide (GaAs) solar cells are cases in point. As for silicon solar cells, the main application of nanotechnology is to enable the development of antistatic, self-cleaning, and water-repellant thin films based on polyvinylidene fluoride or organosilanes to help improve their efficiency by reducing surface contamination. Since the major advances of solar technology have, directly or indirectly, their roots in nanotechnology, it appears that the future of solar power generation is, indeed, in the hands of nanotechnology.

Despite our lives improving very fast, pollution remains one of the most pressing problems of modern times; thus, we need to decentralize power production from traditional grids sooner than later and turn to our only truly renewable energy source, the sun. Solar energy can be converted into electricity directly by photovoltaic effect or indirectly by using solar power concentrators. A great diversity of technologies are in use for converting the sun’s energy, which are mostly based on semiconductors. The National Renewable Energy Laboratory (NREL), the world's largest institute for testing the performance of various types of solar cells and modules to ensure the consistency and accuracy of photovoltaic performance measurements, has so far identified 25 types of solar cells that can be grouped into the following five categories shown in Table 1: multi-junction, single-junction gallium arsenide, crystalline silicon, thin-film technologies, and emerging technologies. These technologies can be industrialized depending on their capability of being mass-produced, module lifetime, and overall cost. Thus far, the highest efficiencies have been achieved by multi-junction, single-junction gallium arsenide, and crystalline silicon technologies, all holding dominant positions in the market today; but generally, these technologies are very complicated and more importantly costly. Hence, many researchers have recently turned to thin-film technology as well as emerging technologies (e.g., perovskite structures), due mainly to their lower costs and facile fabrication processes.

Table 1. The highest confirmed conversion efficiencies for research cells for a range of photovoltaic technologies, plotted from 1976 to the present, reported by the NREL on April 06, 2020 ∴

Among various types of emerging solar cells, the ones based on perovskite have been the fastest to reach higher efficiencies, holding great promise for facile and low-cost production of solar cells, paving the way for clean energy generation by relying on the sun. Hence, emerging solar cells are still being extensively studied. The term perovskite refers to a large group of chemicals with the general formula of ABX3. Today, many researchers are attempting to develop more complex perovskite structures (e.g., organo-halide compounds) that show outstanding physical, optical, and electrical properties. These compounds have the general chemical formula of APbX3, where X represents monovalent ions such as fluorine, chlorine, bromine, and iodine. Several leading research teams have lately focused their studies on methylammonium lead halide perovskites with the chemical formula of CH3NH3PbX3, used as a 400-nm-thick light-absorbing layer in this class of solar cells. The other components of a typical perovskite solar cell are as follows (Figure 1):

1. a piece of glass coated with a 700-nm-thick layer of fluorine-doped tin oxide;

2. a blocking layer made of titanium dioxide (TiO2) in the crystalline phase of anatase with a thickness of 50 nm, used for preventing the charge recombination between the transparent conductive oxide substrate (e.g., FTO) and the perovskite layer;

3. a mesoporous layer composed of 20-nanometer TiO2 particles that acts not only as an electron transport layer but also as a scaffold for the perovskite layer. Al2O3, ZnO, and ZrO2 can also be used for preparing a mesoporous layer;

4. a hole transport material (HTM) with a thickness of 200 nm, for which Spiro-OMeTAD is widely used;

5. a back electrode (cathode) made of gold or silver with a thickness of 60 nm, which can also be replaced with other compounds such as carbon. 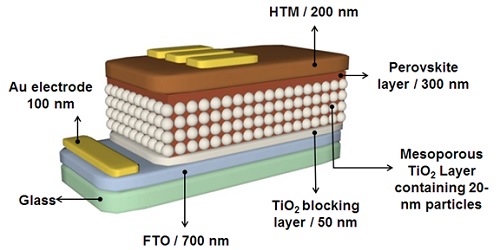 Figure 1. The components of a typical perovskite solar cell. ∴

At the heart of a dye-sensitized solar cell, lies a mesoporous layer composed of TiO2 nanoparticles with an average particle size of 20 nm, which is deposited on a piece of glass coated with a thin layer of FTO. The dye particles – commonly N-719 – are introduced onto the surface of the TiO2 nanoparticles and are responsible for injecting electrons into the system. A 50-nanometer-thick layer of TiO2 is placed between the mesoporous layer and the conductive substrate (FTO) to prevent the recombination of the photogenerated electron-hole pairs, and a piece of platinum-coated FTO glass is used as the back electrode (cathode); followed by injecting a liquid electrolyte between the anode and the cathode, which is generally based on iodide/triiodide (I ̄/I3̄) redox couple. The components of a standard DSSC are demonstrated in Figure 2. Acting as electrochemical cells, DSSCs convert solar energy into electrical energy through the following steps:

1. Sunlight passes through the FTO glass and hits the dye molecules on the surface of TiO2 nanoparticles.

3. The excited electrons are then injected to the conduction band of the TiO2 electrode, and diffuse from TiO2 nanoparticles to the TiO2/FTO interface due to a concentration gradient, finally reaching the cathode (FTO) through the external circuit.

5. The remaining I3̄ ions diffuse toward the cathode where they are reduced to I− ions again. This step is accelerated by coating platinum on the counter electrode (cathode). 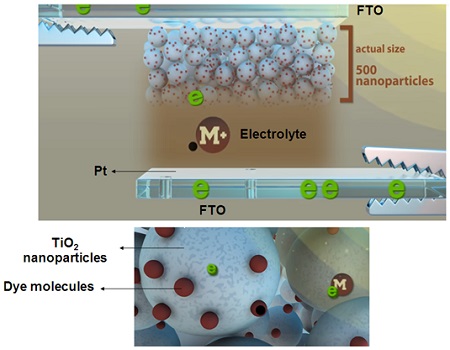 Figure 2. The schematic representation of the components of a DSSC. ∴

Quantum dots found their way into the field of solar cells for the first time when they were employed as a substitute for dye in DSSCs, creating a new class of solar cells called quantum-dot-sensitized solar cells that allowed for high-density electron injection and tuning the band gap. A wide variety of quantum dots have thus far been introduced for use in quantum dot solar cells such as lead sulfide (PbS), cadmium selenide (CdSe), and cadmium telluride (CdTe), which have opened the way to the development of Schottky, multi-junction, bulk heterojunction, and depleted heterojunction solar cells.

Due to the capability of polymers to be deposited on flexible substrates without losing their properties, they enable solar scientists to design and build flexible solar cells. The components of polymer solar cells – shown in Figure 3 – are as follows:

1. a flexible substrate which is commonly made of polyethylene terephthalate (PET) foil;

3. a 40-nm-thick layer of PEDOT:PSS serving as an electron blocking layer which helps transport holes to the anode;

4. a 200-nm-thick layer of P3HT:PBCM, in which P3HT acts as the donor material and PBCM as the acceptor material;

5. an 80-nm-thick aluminum layer deposited as the back electrode. 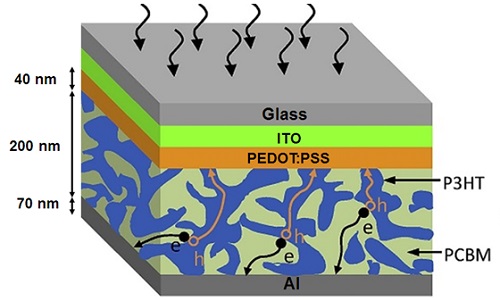 Figure 3. The structure of a typical polymer solar cell. ∴

Copper indium gallium selenide (CuInxGa(1-x)Se2) is a p-type semiconductor that is used as the light-absorbing layer in CIGS solar cells – usually with a thickness of 2.5 mm. In addition to the CIGS layer, the following are the other major layers of this type of the cells (Figure 4):

1. a 500-nm-thick layer of molybdenum which is deposited on a piece of glass by sputtering;

3. a 50-nm-thick layer of intrinsic zinc oxide (i-ZnO) which protects the CdS and CIGS layers from sputtering damage while depositing the back electrode;

4. a 500-nm-thick layer of aluminum-doped ZnO (AZO) which is deposited as the back electrode. 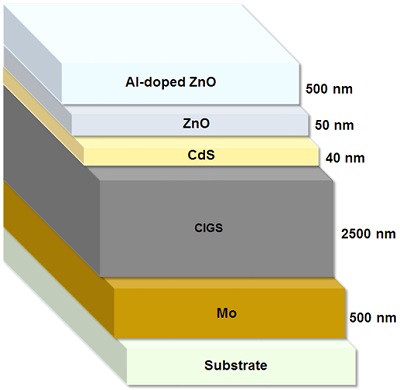 Figure 4. The schematic illustration of the components of a CIGS solar cell.

The mechanism and general structure of CZTS solar cells are similar to those of CIGS cells, except that the light-absorbing layer is replaced with CZTS with the chemical formula of Cu2ZnSnS4. What makes this class of solar cells stand out is that the toxicity of CZTS is lower than CIGS and its elements are abundant in nature.

In this group of solar cells, the light-adsorbing layer is a 10-mm-thick layer made of cadmium telluride as a p-type semiconductor. According to Figure 5, the components of a CdTe solar cell are as follows:

1. a 10-mm-thick layer of CdTe as a p-type semiconductor;

2. a piece of ITO-coated glass as the front electrode;

4. a 50-nm-thick Al or Au layer deposited as the back electrode. 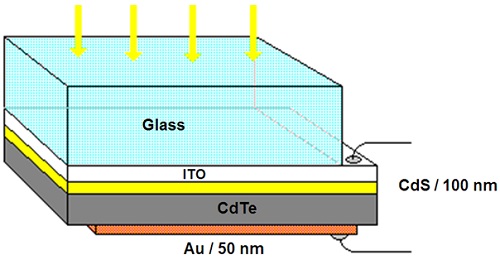 Figure 5. The layered structure of a CdTe solar cell. ∴

Due to their high production cost, high-efficiency gallium arsenide solar cells are mainly used in aerospace applications. Single-crystallin thin films of n-type and p-type GaAs are the main component of this class of the cells, for which numerous layered structures have so far been proposed; one of the commonest structures is shown in Figure 6. 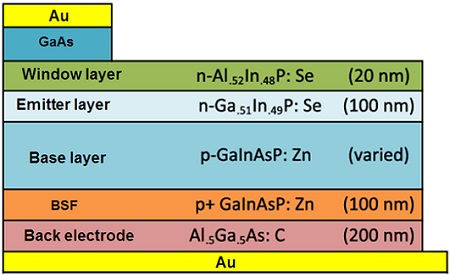 Figure 6. The components of a GaAs solar cell. ∴ 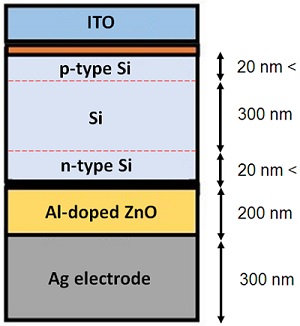 Figure 7. The schematic structure of an a-Si solar cell. ∴

In the field of silicon solar cells currently available on the market, a wide range of benefits enabled by nanotechnology can be observed. For instance, this leading-edge technology has laid the groundwork for the design and development of antistatic, self-cleaning, and water-repellant thin films. Solar panels are usually exposed to dust, soiling, bird droppings, rain, snow, air pollution (chemicals such as sulfur dioxide, carbon monoxide, lead, and nitrogen oxides), etc., and the accumulation of these kinds of debris on the panels over time degrades their performance by blocking the light transmission to their absorbing-layer. Only 4 g of soil covering per square meter of solar panels can decrease their efficiency by up to 40 percent. Cleaning the panels, however, is not the ultimate solution to this problem, because a considerable amount of detergent should be applied to the panels by hand, thus consuming a large amount of water, manpower, and time. Furthermore, detergents can corrode the panels and damage them in the long run. That’s why extensive research has been underway and many companies are turning to the use of nanotechnology-based solutions, which not only are highly cost-effective but also do not impair the panels. These solutions lead to the formation of a thin film – under 100 nm in thickness – on the surface of solar panels that protects the panels, thereby increasing their efficiency as well as their lifetime. It should be noted that using this type of solutions does not obviate the need for cleaning the panels, but rather facilitates and accelerates the cleaning process and helps the panels stay clean for longer periods. Reducing maintenance costs, improving the abrasion resistance of the panels, and enhancing their durability are also other benefits of using these solutions. Polyvinylidene fluoride (PVDF), organosilanes, and semiconductors such as TiO2 are widely in use to serve this purpose.

The high reflection coefficient of the materials used in the fabrication of solar cells prevents them from reaching their true potential in terms of efficiency and the problem even worsens for silicon and CIGS solar cells; applying anti-reflective coatings onto the panels is a way around. As a material with a significantly low reflection coefficient, magnesium fluoride shows great efficiency on the wavelengths of light ranging from 120 to 900 nm, and is commonly coated on the top surface of solar cells using vapor deposition techniques to form a layer with a thickness of 70 to 120 nm. Titanium dioxide, zinc sulfide, and silicon nitride are other materials employed as anti-reflective coatings in the solar industry.