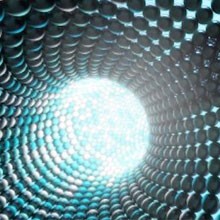 (Nanowerk News) Spain has a burgeoning research and commercial nanotechnology environment. A large network, NanoSpain, promotes the exchange of knowledge between Spanish groups working in different fields related to Nanotechnology and Nanoscience increasing collaboration among universities, research institutions and industry.

(Nanowerk News) Spain has a burgeoning research and commercial nanotechnology environment. A large network, NanoSpain, promotes the exchange of knowledge between Spanish groups working in different fields related to Nanotechnology and Nanoscience increasing collaboration among universities, research institutions and industry.

The PHANTOMS Foundation, a non-profit organisation, was established on November 26, 2002 in Madrid in order to provide high level management profile to National and European scientific projects such as nanoICT (Nano-scale ICT Devices and Systems – ICT/FP7 Coordination Action), Pico-Inside (Computing Inside a Single Molecule – IST/FP6 Integrated Project) or NanoSpain.

The PHANTOMS Foundation focuses its activities on nanotechnology and emerging nanoelectronics and is now a key actor in structuring and fostering European Excellence and enhancing collaborations in these fields. The organization has also published a 168-page report "Nanoscience and Nanotechnology in Spain" (December 2011) with a 50-page addendum in October 2012. In September 2011 it also provided a Catalogue of Nanoscience & Nanotechnology Companies in Spain.

Currently, there are 34 companies in Spain involved in nanotechnology-related business activities.

In addition, there are 55 nanotechnology and nanoscience-related research and community organizations in Spain.

There are 6 academic nanotechnology degree programs in Spain.

Please note: we are only listing organizations with English language websites; for a complete list including Spanish-only websites refer to the above mentioned directories.

The company has its own patented technology for producing single layer graphene.

The company develops and produces graphene and carbon nanofiber materials.

Graphenea is a private company focused on the production of high quality graphene for industrial applications.

The company is a leading global supplier of components for vehicle interiors. Grupo Antolin's laboratories of organic and non-organic materials develop and distribute carbon nanofibers.

Producer of nanoparticles and clusters of zero-valence metal atoms, with sizes in the range of ~ 2 to 50 atoms (~ 0.3nm to 2nm).

NEOKER, S.L. is presently the only world producer of alumina whiskers. This tiny filamented material is the best choice to be used as reinforcing phase in Advanced Composites.

Tecnan-Nanomat produces and commercialises at industrial level simple and complex nano-oxides as well as other high performance nanoproducts for multisectoral applications, establishing Tecnan as one of the most competitive suppliers of these new materials nationwide as well as at international level.

The basic technology platform of Activery™ is a nanoparticle production method using supercritical fluids (SCF). Based on SCF the company intends to create new medicines and modified active ingredients for pharmaceutical and cosmetic use.

Advancell is active in nanomedicine. The company has two divisions: Pharma, which focuses its activity on the development of innovative drugs through the search for new applications for already-known molecules, and Services and Reagents, which uses cell-based in vitro methods to predict the efficacy, safety and mechanism of action of developing molecules.

The company's mission is to develop and license R&D projects in Nanotechnology applied to Life Sciences. Endor is also developing pioneer in-house projects in novel Nanomaterials.

Carries out biomedical research where surface properties play a key role. Has the ability to modify the topography of bone surfaces at the nanoscale, producing a multitude of convenient attachment sites for a number of molecules, proteins and cells, which promotes bone growth.

Nanoimmunotech is a Spanish company in the Nanobiotechnology sector, founded in August 2009, recognized as EIBT (Technologically Innovative Company) and Spin-off of form the Universities of Vigo and Zaragoza. It is the first European company dedicated to the biological and physico-chemical characterization and functionalization of nanoparticles (conjugation with different molecules such as nucleid acids, enzimes, antibodies, carbohydrates, peptides) and production of specific monoclonal antibodies (on demand).

NLAB Drug Delivery is focused on the development and commercialization of innovative drug delivery vehicles based on mesoporous silica particles.

The company's mission is the development, scale-up and production of innovative solutions for different markets using an original nanoparticle dispersion technology.

The company is devoted to the design and commercialization of products based on their patented Micro Relay technologies.

RAMEM, Spanish SME founded in 1958, has been working in the field of scientific instrumentation for the last 20 years. In the last 10 years they have entered the field of Aerosol and Volatile Detection Technology through their brand IONER, developing proprietary technology. The result of this effort is a complete line of equipment to classify and detect ions, volatiles, nanometric and sub micrometric particles.

The company is specialized in the development of laboratory equipment. Their goal is providing the required instruments or technical support to scientists and engineers for the deposition of coatings, films, colloids and other micro-nano structured materials. Based on the acquired experience, these equipments have been adapted according to the requirements of clients. The fields of application of Nadetech's products and services are diverse: nanotechnology, advanced materials, high performance nanocomposites, surface physics, chemistry, biochemical coatings, monolayer and colloidal research, clean technology, wet deposition and many others.

The company develops, refines and produces natural and synthetic clays and tailor made nanoadditives to enhance the performance of plastics and bioplastics in various industrial applications.

Develops SPMs, controll systems for SPMs and software for data visualization and processing of SPM images.

Nanozar is a company founded by leading scientists from the Spanish CSIC-ICB research institute that focuses on the development of the technologies for the dispersion of Carbon Nanotubes in a wide variety of matrix materials. The aim is to to develop Carbon Nanotube composites for a broad range of applications.

The company specializes in designing instruments for inductive heating experiments of nanostructured materials whose major application is in Magnetic Hyperthermia.

The company is dedicated to the manufacturing and distribution of measuring instruments for almost all types of magnitudes.

Sensofar-Tech, SL is a multi-national spin-off company from the Polytechnic University of Catalonia (UPC) whose mission is to be successful by producing and commercializing optical metrology tools and providing consultancy within the field of the optical metrology.

Xerolutions is specialized in the design, development, scale-up and production of high value carbon material to the different targetmarkets using an innovative xerogel synthesis technology.

Cognoscible Technologies is a scientific consultancy that uses tools from physics, chemistry and cognitive sciences to achieve fast, profitable and innovative results. The company's tools include Physics, Chemistry, Biotechnology and Nanotechnology.

FideNa is a Research Center focused on nanotechnology applications. Activities are mainly in the areas of Nanofabrication, Nanomaterials and Nanobiotechnology, with projects in the areas of Energy, Drug delivery and materials for the food industry.

The company is active as nanotechnology product reseller but also in consulting and software development.

Here is a complete list of all nanotechnology companies in Spain, sorted alphabetically.

There are 24 universities in Spain with nanotechnology research activities.

There are 6 initiatives and networks in Spain with a nanotechnology focus.

Here is a complete list of all non-commercial nanotechnology organizations in Spain, sorted alphabetically.

Have we missed an organization in Spain or is a link not working? Please let us know. Thank you!