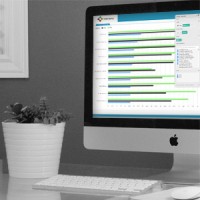 Statnano changed its graphical features and added a number of new database, info graphs and diagrams with the aim of facilitating the process of gaining information from the data.

The information about the universities and research centers that published more than 50 articles in nanotechnology per year has been cited in the new data banks. The information includes nano-articles, citations, the average citation per nano-article and the h-index.

The countries which have the most universities/research centers with over 50 nano-articles.

Statnano also seeks to launch nanotechnology standards bank and the relevant organizations which will soon be added to the list of the website's services. Increasing the data banks of the Statnano website will help the researchers and decision-makers to monitor the process of changes in this technology from different views and have a more realistic perspective of the future of nanotechnology.

Before this, numerous indices have been defined in the scientific, technological, industrial, investment and human fields by Statnano and the data related to these indices were released in the data banks of the website. In the new database, taking reports of indices is not limited to the countries and they can be taken for universities and research centers. The following table displays 20 universities/research centers active in nanotechnology from the point of view of four indicators of the number of nano-articles, total number citations to nano-articles, average citation per nano-article and h-index in 2013.

The Chinese Academy of Sciences has ranked first in this list by 5,752 nano-articles followed by University of California and Russian Academy of Sciences with 2,174 and 1,984 articles respectively. The Indian Institute of Technology (IIT) ranks fourth. Although the University of California ranks second in this list, it has the highest h- Index of 19 among other centers. Also the University with the ration of 1.73 is on the top of the list of average citation per article.