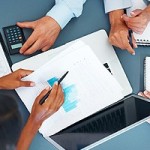 The statistics published on StatNano database website showed that a sum total of 19,544 nanotechnology patents have been published in US Patent and Trademarks Office (USPTO) in 2015

About half of these patents belong to the US while Japan, South Korea and Taiwan possess the next ranks. A sum total of 2,970 nanotechnology patents have been published in European Patent Office (EPO) in 2015.

USPTO and EPO are known as two important patent offices in the world. Statistics obtained from Orbit Database showed that 19,544 nanotechnology patents have been published in USPTO in 2015, among which 8,588 are granted patents and 10,956 are published patent applications.

Table 1 shows top 10 countries in granted nanotechnology patents in USPTO and EPO in 2015. The countries have been ranked according to the number of USPTO granted patents due to the importance of this office.

Table 1: Top 10 Countries in Nanotechnology Granted Patents in USPTO in 2015

The United States possesses the first rank by having a share of 51% of all nanotechnology granted patents in USPTO. Japan and South Korea possess the second and third ranks with a big distance from the United States.

Table 2 lists the number of published nanotechnology patent applications for top 10 countries. The United States, South Korea and Japan possess the three first ranks. The statistics suggest that South Korea will have higher number of granted patents in the field of nanotechnology than Japan in the future.

I have been browsing on-line more than three hours as of late, but I by no means found any interesting article like yours. It's lovely value sufficient for me. In my opinion, if all web owners and bloggers made just right content as you probably did, the internet might be much more useful than ever before.