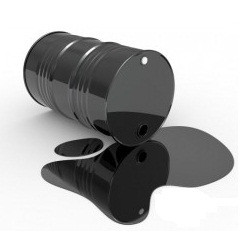 By the end of 2017, NPD has stored a number of 212 nanotechnology products in the field of petroleum. The products have been produced and presented to the market by 51 companies from 16 countries in the world. Oils and lubricants and coatings have the highest share in nanotechnology products in petroleum industry. Other products are classified in the following industrial subsectors: drilling, well treatment, exploration, and piping.

USA possesses the first rank by having a share of 42% of individual brands registered on NPD while England ranks second with 33.3%. Singapore, China, Austria, and Russia possess the next ranks with a great difference with USA and UK, by having a share of 6.3%, 6.2%, 2.9%, and 2.4%, respectively.

According to NPD, among nanotechnology product in oil industry presented to global markets, mention can be made of lubricants, grease, various types of motor and gearbox oil, thermal insulating aerogels, anticorrosive fluids, membranes, drilling bits, and cutters.

Data on NPD shows that tungsten sulfide nanoparticles have been used in more than half of the products (53.6%) in the field of oil industry. Zinc oxide and silicon dioxide are among other nanomaterials used in nanotechnology products in oil and gas industry. Carbon nanotubes and stainless steel containing nanoparticles are also observed among nanotechnology products in this field. Resistance to abrasion, corrosion, and oxidation as well as appropriate mechanical strength at high pressure and temperature are among desired properties that are created in the products by nanomaterials.