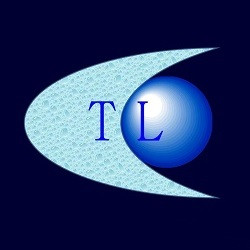 According to the information in Nanotechnology Products Database (NPD), Teligene Company has produced five nano-drugs against cancer. These drugs belong to the category of inhibitors and can be used in the treatment of cancer with the least side-effect.

Cancer is a mixture of pain and cost, which is the cause of death of millions of people all over the world. More than 1.6 million cases of cancer have been identified in United States only in 2016, and half of these people will probably lose their lives to cancer.

Lots of research has been carried out in the past few decades to treat cancer, and methods such as chemotherapy and radiotherapy are among the common treatments of cancer in the world. However, such treatments usually have many side-effects such as hair loss, weakening of the immune system, and the destruction of healthy cells in the body. Therefore, researchers are trying to find effective or safe treatment ways that can be used against cancer in a selective and bio-friendly way.

Teligene Company is active in the field of designing and producing medicines and it has introduced to the market five anticancer drugs that can be used in the treatment of head and neck, breast, lung, and skin cancers. Medicines of this company are the inhibitor type. Cancerous cells need to connect to one another to survive and multiply. Inhibitor medications are usually used to disrupt the intercellular communication network in a carcinoma. These drugs can prevent the multiplication and development of cancerous cells.

The five products of Teligene Company are:

TL112: It is an HDAC (histone deacetylase) inhibitor and it is used to treat head and neck cancer. It inhibits the activities of an enzyme whose duty is the remove of acetyl from histone.

TL512: This medicine is an inhibitor of epidermal growth factor receptor (EGFR) too. This protein belongs to the family kinases and creates signal paths for the cellular growth. Activity of this protein in cancer cells is known to be a factor in the growth of the tumor. This inhibitor is used to control this protein.

TL398: This inhibitor affects ALK (anaplastic lymphoma kinase) enzyme. ALK is a protein that plays an important role in the development of brain neurons. The gene EML4-ALK is the cause of non-small-cell cancer (NSCLC) in lungs. This inhibitor controls this gene.

TL241: This medicine is a BRAF inhibitor and it is used to treat skin cancer. BRAF is the gene that produces B-Raf protein which has a significant role in the cellular communication and the sending of intercellular signals. These signals are necessary for the growth of the cells and in case of mutation in the gene, they increase the danger of skin cancer. This drug is used to control the activity of this gene.

Production of these inhibitor medicines to treat cancer is not exclusive to Teligene Company, and it is done by many companies. In this field, Xcovery Company is testing clinically X-360 drug, Teva Company used CEP-37440 drug for final tests in 2016, Tesaro Company is testing TSR-011 drug clinically, and Pfizer Company has produced PF-06463922 drug.

RXDX-101 is a kinases drug that has been produced by Ignyta Company. Ceritinib is an inhibitor that was approved by Food and Drug Administration (FDA) under the commercial name Zykadia in 2014, and it is being used to treat lung cancer.

Teligene Company was established in Suzhou, China, in 2011 in order to design and produce anticancer drugs in NanoBio incubator.

I really like your writing style, good information, regards for putting up