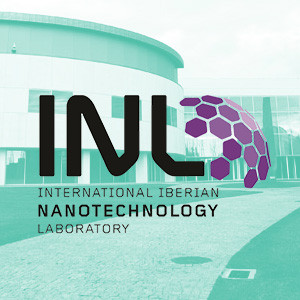 International Iberian Nanotechnology Laboratory is the first international nanotechnology research center in Europe that carries out numerous joint research projects in cooperation with various countries. Training and supporting job development are among the specific objectives of the center.

International Iberian Nanotechnology Laboratory (INL) is the first international research organization in Europe that is specifically active in nanotechnology field. It was founded in Portugal in 2005 to develop nanotechnology in Portugal and to cooperate internationally with other countries. Advantages such sufficient research budget, utilizing other centers’ experiences, and benefitting from the international partners’ infrastructures enabled INL to gain an outstanding status in Europe and the world. The center is situated in the city of Braga and has more than 200 researchers, and it has four research priorities for the development of nanotechnology:

INL pursues the chance for joint cooperation for the development of nanotechnology in the said fields. Therefore, it is active in different research projects in Europe such as:

APINCUR is a project to educate and train experts in Europe, which gives the young researches the required skills to enter the field of spintronics. Such skills enable the researchers to work in the related industries and pursue their research activities. A highly effective practical field has been chosen in this project and the researchers acquire complementary skills besides what they have learnt at university. Trainings are provided according to the industries’ need especially those of the industrial partners of INL.

NANoREG is an international project with various academic and industrial centers. The aim of the project is to identify the dangers and negative potentials in nanomaterials in order to minimize the social concerns. The project also tries to accelerate the commercialization and introduction of a product to the market. During its 42 months activity since 2013 and after spending €48.7 million, the project has had numerous achievements. So far, more than 57 industrial partners from 14 countries have participated in the project.

Nanovalor was devised by European Regional Development Fund for the time span of 2007-2013 in order to make more competitive nanotechnology industries and institutes in the region by getting help from eight research institutes from Galicia-Northern Region in Portugal. In addition to INL, centers such as University of Minho, University of Porto, and Inesc Porto participated in the project. Identifying the challenges of commercialization of nanotechnology in the region and the implementation of approaches to solve the challenges were among the results of the project.

INTEGRATION is a project in which INL tries to develop nano-equipment in which a few technological platforms have been combined. At the end of the project, INL will develop three different technologies, namely spintronics, MEMS, and semiconductor thin film technology. All these technologies will be used in electronic devices. The project’s budget is €772,000 and it will be sponsored by a few organizations.

InveNNta is a €2.8 million project which was sponsored by a few organizations including ERDF and finished in 2015. The project tried to make biosensors and nanomarkers to be used in medicine, which are going to be used eventually in the production of nano-equipment. In this project, INL has made some equipment to answer a part of the needs of the medical society. The project created an advanced nanomedicine network in Europe that can join other European projects.