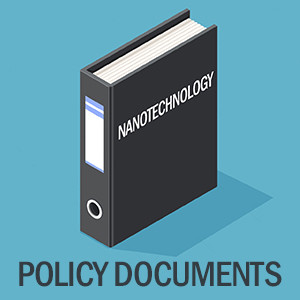 Nanoscience and nanotechnology are a today’s growing priority. Countries are already harnessing nanotechnology to address some of needs. Many countries have developed their nanotechnology programs up to some levels. Almost all countries covered in this review recognized nanotechnology as an interdisciplinary field involving funding and participation from various organizations, ministries, agencies of government and the private sector [i].

The United States launched the National Nanotechnology Initiative (NNI) to coordinate Federal R&D efforts and promote USA competitiveness in nanotechnology in 2000. After that, many countries in the world took some steps to strengthen their capacity and sustain economic growth by compiling plans and programs, initiatives, roadmaps, rules, and regulations in the field of nanotechnology.

In Iran, "Nanotechnology in Iran 2025: National Nanotechnology Development Program" was approved by the government in 2017 and announced to be implemented by relevant organizations. Therefore, in 2025, nanotechnology progresses in Iran will improve people's quality of life through accelerating development and wealth creation. At the time, the country will be involved in international collaboration and continue its path towards being among leading countries in the world in nanotechnology.

The Turkish High Planning Council published Turkey Nanotechnology Strategy and Action Plan in 2017, which is a 2-year program and will last until the end of 2018.

In Thailand, The National Nanotechnology Center (NANOTEC), which acts as the leading agency on nanotechnology development, published the new Nanotechnology Roadmap: "Map of Nanotechnology Research and Development in Thailand". This roadmap focuses on research subjects such as clean environment, future energy, postharvest technology and food packaging, agricultural process, natural products and biodiversity, important diseases, and so on. The implementation of the roadmap continues until 2021.

For more information about the nanotechnology policy in different countries visit our database in StatNano.