Production of Valuable Nanomaterials from Raw Materials Extracted in Mines 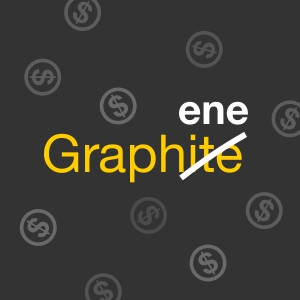 The price of coal and graphite obtained from mines is almost constant. In case these materials are converted to nanomaterials with higher added value, new job opportunities are created as well as production of wealth. This process is carried out in some countries such as Canada and Australia.

Graphite and coal mines are appropriate places for the development of nanotechnology business, because graphite and coal with low price can be converted to nano-scaled compounds with much higher value added. To this end, the Canadian Zenyatta Ventures Company that is active in the mining of graphite has established a new company entitled ZEN-tech Materials Company in order to develop and commercialize graphene.

According to Zenyatta Company, the establishment of Zentech Company is a strategic step towards implementation of graphene potentials to gain new value added as well as business of graphite minerals. Zenyatta tends to use graphite in Albania Mine in Canada to produce graphene.

The graphite has high quality, purity, and significant crystallization, and it can be used in various such as concrete composites, rubber, sensors, filtration, emulsions, and graphene/silicon batteries. The establishment of a new company helps them to specifically focus on the production of graphene, and to commercialize a new generation of technology.

Another company entitled Saint Jean Carbon Company is active in the mining of graphite in Quebec, Canada. This company has recently produced two new products from single-layer graphene. These products have been produced without using chemicals or mechanical processes, therefore they have no pollution or structural malfunction. Natural Sciences and Engineering Research Council of Canada (NSERC) is a governmental institute that invests on scientific research on the fields of edge of knowledge. Eagle Graphite Company and Queen’s University succeeded to receive financial budget from this institute to work on multi-layer graphite. They are going to present a cheap method to mass produce multi-layer graphene by using graphite mined from Eagle Mine in British Columbia. Elcora Company is building a factory to produce graphene-contained anodes by using extracted graphite through a$500,000 loan.

A number of companies work on the production of graphene from graphite in Australia too. Archer Company has signed a contract with some groups active in ARC Graphene Research Hub in order to produce graphene from graphite extracted from mines. Archer is looking forward to acquire permission to produce 100 tons of graphene per year. This company predicts that it will be able to find another company to outsource the project by the end of the first three months of the year.

Grafoid Inc., is a pioneer company in the field of graphene. According to its announcement, Australian Patents Office has recently published a patent of this company for the conversion of graphite to graphene. Raw material is extracted as graphite, and graphene and its derivatives are produced through this process. Grafoid and other risk-taking cooperate with it will use these products in various fields such as energy storage, production of composites, and coatings.

Creation of value added from coal and graphite is not limited to production of graphene. These materials can be used in the production of quantum dots too.

Dotz Nano is an Australian company that has recently produced quantum dots from coal. Quantum dots had so far been produced from graphite through an expensive and complicated process. However, coal can produce better products. Dotz Nano is not the first company to produce quantum dots from coal. Researchers from Rice University had previously succeeded in the production of microscope disks at atomic thickness from coal. Some industrialists believe that in case of success, this technology can improve paint industry where job opportunities are hardly recovered.