Top Nanotechnology Journals According to SCImagoJr 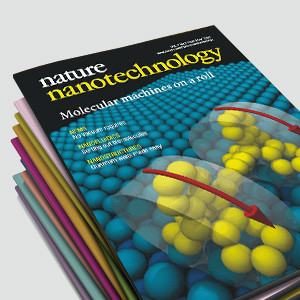 Studies on journals that publish nanotechnology articles show that Nature Nanotechnology ranks first in this area.

SCImago Journal & Country Rank is a statistical website about scientific indicators for journals and countries, which has been developed based on Scopus Databank. Some indicators have been defined on this website in order to evaluate and rank journals. Scientific journals have been classified in 27 categories according to the scopes of the journals on this website. Nanoscience and nanotechnology is one of the categories. Citations data is obtained from 5000 international publishers to be used in the indicators. Algorithms used in Google have been employed in some parts of the ranking process.

This website has announced top journals in the field of nanoscience and nanotechnology according to an indicator entitled SJR. This indicator shows the effectiveness and prestige of a journal based on average citations to other articles in the past three years. Other indicators such as H-Index have been calculated in this ranking too.

Studies show that the United States has 4 publishers while the United Kingdom has 3 among the top 10 nanotechnology journals. China is the only publisher in Asia with Nano Research, which ranks 10th.

StatNano:
It must be pointed out that the classification and ranking is not without errors. As it was mentioned before, the classification has been carried out based on the scope announced by the journals. Taking into consideration the overlap between various disciplines and the multidisciplinary nature of some fields such as nanotechnology, one cannot claim that all articles published in Nanotechnology Category are necessary related to nanotechnology. In additions, there are numerous journals whose scopes do not include nanotechnology but they publish more nanotechnology articles than journals in Nanotechnology Category on the website. Another important point is contrary to other similar websites such as Journal Citation Report, Eigenfactor, which is an important parameter in the evaluation of scientific journals, has not been taken into consideration.