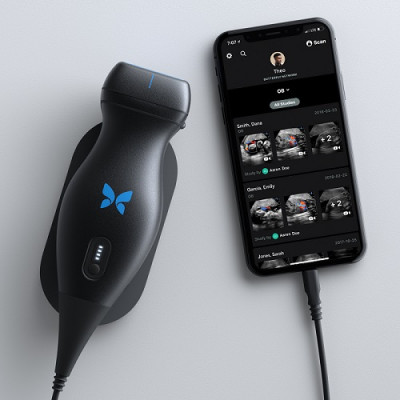 Working in a lab by any chance? Have you ever dreamed of getting that enormous lab with those huge equipment and instruments, and putting it into a single chip having the dimensions of just a few microns? Well, once upon a time, some researchers did so, and finally ended up with a technology called lab-on-a-chip! Today, various devices designed based on this technology have been commercialized in almost every field of science and industry.

The lab-on-a-chip platform, integrating nanotechnology with microelectronics and microfluidics, lays the foundations for various cutting-edge devices to be designed, which have now become the focus of interest for many companies to invest in.

There is nobody out there who has not experienced the never-ending nightmare of protracted waiting time for diagnostic test results to be ready; what’s more, the spiraling costs of these tests make things even worse, because in most cases advanced procedures necessitating expensive equipment are involved. Hence, medical equipment manufacturers have long been seeking to reduce the cost and laboratory turnaround time of diagnostic tests, and it was only in the past decade when the lab-on-a-chip breakthrough revolutionized the entire medical world.

In the realm of medical devices, the Butterfly iQ is a case in point, which is the first FDA-cleared portable ultrasound imaging device, bringing the ultrasound technology on a semiconductor chip. Another portable lab-on-a-chip device, being developed by the Dianax company, is able to diagnose diabetes within just a few minutes through the accurate measurement of glycosylated hemoglobin in a single drop of patient’s blood. This company has been awarded a non-refundable grant of 2.17€ million by the European Commission to accelerate its innovative projects involving the commercialization of the lab-on-a-chip technology.

In addition to the medical devices which can be designed on chips, in the organ-on-a-chip category, artificial organs such as the heart, bone, skin, lungs, kidneys, eyes, etc. can also be built on chips. Koniku Inc., a neurotechnology company, has recently developed a chip using an advanced mixture of biological neurons and silicon, functioning as an artificial nose that can sniff out volatile chemicals, explosives, or even illnesses such as cancer. For the commercialization of this device, the company is currently seeking to meet the challenge of the neurons’ short lifespan, which has so far been two years in the lab environment and two months in the device.

The placenta-on-a-chip, another miraculous device from the organ-on-a-chip category, has uniquely been designed to simulate and study the function of placenta in ways that once used to be impossible by means of traditional tools. This transparent silicone device, having two layers of human cells, models the interface between mother and fetus, enabling a detailed simulation of molecular transport using microfluidic channels on either side of those layers.

The lab-on-a-chip technology also paves the way for the components of a drug delivery system to be integrated into a single chip, promising a more comprehensive study of this field for further research and development. Biological Dynamics, a private molecular diagnostics company, has invested $26.8 million in developing its lab-on-a-chip testing device for cancer.

Another marvelous application of the lab-on-a-chip technology provides solutions for environmental issues. The European Union has funded the Sea-on-a-chip project, in which a microfluidic system is integrated with micro/nanoelectrodes creating a single autonomous remote chip; in combination with electrochemical detection, this lab-on-a-chip enables the real-time monitoring of marine waters.

In December 2017, Merck & Co., announced that the company will promote its collaboration with Cambridge Lab on Chip Ltd. for developing lab-on-a-chip devices.