Considering the scientific articles published in Turkey, it can be inferred that the country is resolutely working on the development of nanotechnology, underscoring collaborative projects with leading countries. The United States, Germany, and the United Kingdom are among the most prominent collaborators of Turkey in this regard.

The development of nanotechnology got off to an impressive start in Turkey in early 2003, in so far as this technology was introduced as one of the eight strategic sectors of the country in that year, and also considered as a part of Turkey's National Technology Foresight Program, Vision 2023. Since its inception in Turkey, the Scientific and Technological Research Council of Turkey (TUBITAK), together with the Ministry of Development (MoD), have been the country’s foremost authorities in support of nanotechnology, being in charge of developing Turkey’s infrastructure to this end.

Having published 2248 nanotechnology articles in 2016, Turkey ranked the world’s 20th, and given its average citations per nano-article of 1.04 it took the world’s 57th spot in that year. Comparing the number of nano-articles published during the past 20 years in different universities of Turkey shows that METU has held the greatest number of nano-articles, followed by Hacettepe University. Over the past decade, the growth of the number of researchers in the country has been less than that of the number of articles, which means that nanotechnology has recently become one of the main research areas in Turkey, thanks to the supports of the Turkish government.

Collaboration is one of the key strategies of research in Turkey, aiming for the development of nanotechnology using human resources and infrastructures outside Turkey. In view of the nano-articles published in this country by 2005, it has had the largest collaboration with European countries, followed by the United States. Among the European countries, Germany and the United Kingdom have had the greatest shares in cooperation with Turkey. As reported, approximately the same trend has continued after 2005, with Japan, India, Iran, and China added to the list of Turkey’s collaborators in the field of nanotechnology. 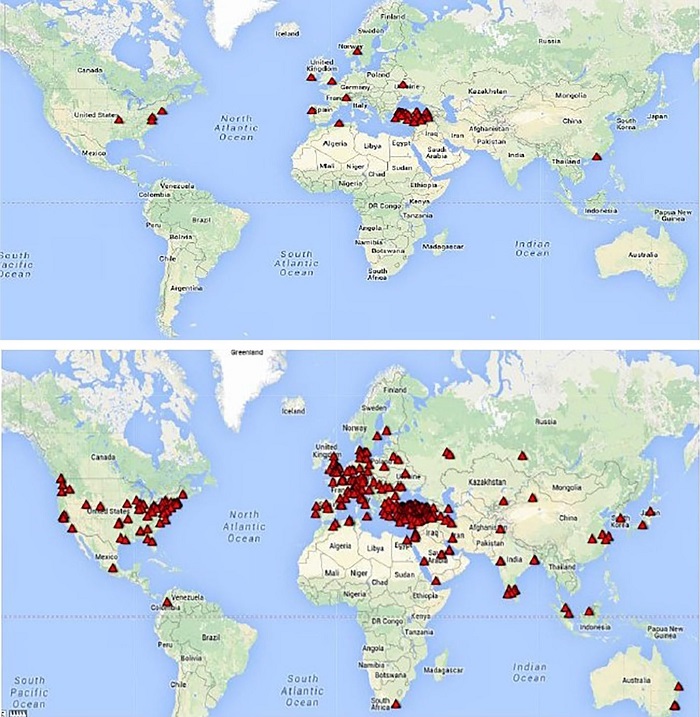 Having the same approach as countries such as Iran, China, and India, i.e. owing to the adoption of nanotechnology as one of the major research areas by the government and the establishment of a national development program, it seems like Turkey is experiencing an explosive growth in the field of nanotechnology in terms of various scientific indicators. Hence, the increasingly growing number of nano-articles, which leads to the foundation of more and more nanotechnology companies, will enable the country to take a bold step forward in creating wealth by means of nanotechnology in the near future.