A Glimpse at Nanotechnology Events in 2018 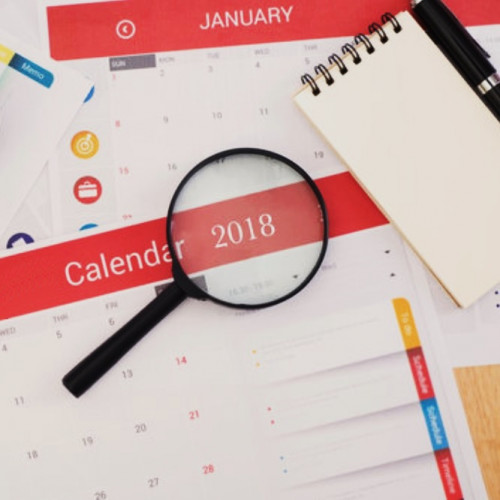 In 2018, two global nanotechnology events were, on average, organized every day; a quarter of which occurred in the United States and Japan. The events were commonly in the field of nanomaterials, health, and electronics.

In the past year, more than 700 nanotechnology events were held in more than 50 countries around the world, which had a significant impact on the development of this field of science. Of these events, 459 were conferences, and 90 were congresses. Moreover, 80 events were also related to conferences organized alongside exhibitions. 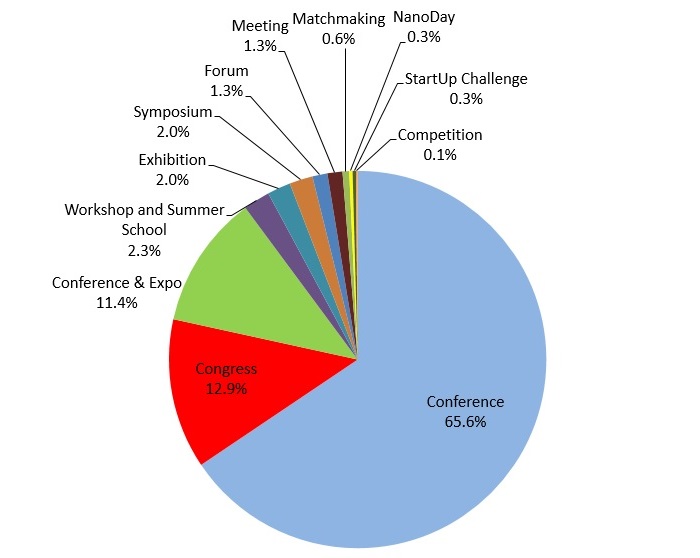 The workshop, symposium, forum, meeting, matchmaking, and nanoday were among other events that had a smaller share compared to the conferences and congresses. Last year, 4 matchmaking and 2 startup challenges took place in various countries. There were also 14 major exhibitions in various fields of nanotechnology, hosted by countries such as the United States, Japan, China, South Korea, Spain, and Iran.

Among these events, 367 were held in Europe, 165 in Asia, 138 in America, 26 in Oceania, and 3 in Africa. Leading countries in nanoscience had the most nano-related events. Since the latest and greatest scientific achievements are presented in seminars and conferences, these countries wisely take advantage of various events for setting up international scientific collaborations and pushing back the boundaries of nanoscience. However, the tourist attractions of some countries can also interest researchers and scientists to attend their conferences and events. Considering the potential of science and technology in the United Arab Emirates and Thailand, these two countries are cases in point, blessed with an abundance of visiting attractions. 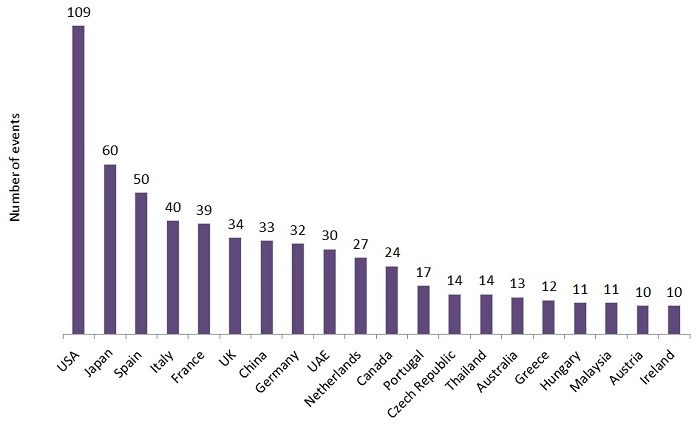 September and October of 2018 with 108 and 107 events had the most nanotechnology events, while January and February of this year with 15 and 21 events were the least productive months in terms of nano-related activities. 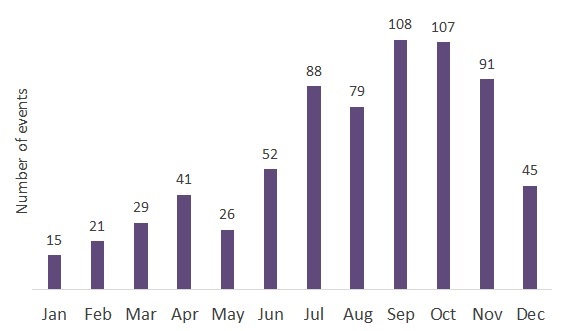 Events with titles and general topics such as nanomaterials, nanoscience, and nanotechnology had the highest shares among all nanotechnology events. However, there were also some seminars focusing on the fields other than nanotechnology, such as print, social sciences, standardization, etc., in which separate sections were devoted to the topics related to nanotechnology.

Considering the priority of health in the world and the promising applications of nanotechnology in this field, nano medical science and nanomedicine had the largest shares with 177 events; followed by optics and photonics with 118, nanoelectronics with 106, and nanotechnology with 97 events.

The development of new electronic products that have smaller dimensions, lower power consumption, and higher efficiency has placed photonics, optics, and nanoelectronics among the hot topics of the world’s nanotechnology events. Thus, after nanomaterials, health and electronics were the major nano-related issues of 2018. 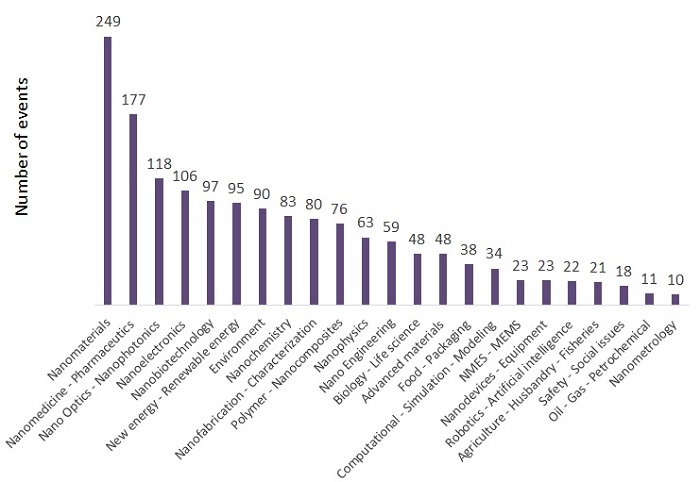 I have been browsing on-line more than 3 hours as of late, yet I by no means found any fascinating article like yours. It’s lovely worth enough for me. Personally, if all website owners and bloggers made just right content material as you did, the internet will probably be much more helpful than ever before. Ahaa, its fastidious conversation concerning this piece of writing here at this webpage, I have read all that, so now me also commenting at this place. I want to to thank you for this fantastic read!! I certainly loved every bit of it. I've got you saved as a favorite to check out new stuff you http://Cspan.Co.uk/