Networks and Centers for Accelerating Commercialization of Graphene Products 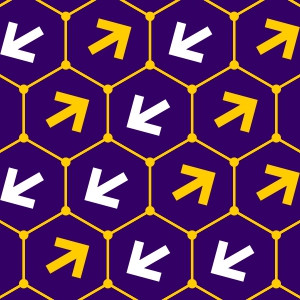 Many governments and universities have recently founded centers and associations with the aim of commercializing graphene and accelerating graphene-based product launches, which also provide a communication network between academia and industry to collaborate in transferring graphene products from lab to the market.

Graphene is a nanomaterial that had not found its way into nanotechnology until recently, yet holds great promise for the development of a variety of products. A quick look at the news and databases points the commercialization of graphene-based products as one of the major concerns of organizations, universities, and even governments, in as far as plenty of special associations and national centers have so far been established to fulfill this aim. The following paragraphs introduce some pioneering centers.

The Graphene Stakeholders Association (GSA), a nonprofit organization founded in 2013 in the United States aimed at promoting the commercialization of graphene products, offers a number of information initiatives while having many technical collaborations with both industry and academia. The association also seeks to build up a network enabling the business owners, whose work somehow involves the use of graphene, to be in close contact with one another for forming scientific and technical cooperation, providing job opportunities through the commercialization of graphene products, and creating added value in the production process. Various groups such as researchers, government agencies, graphene producers, and private companies have so far joined this network, among which some outstanding members are seen such as the National Physical Laboratory (NPL), Haydale, and NASA's Ames Research Center. The network attempts to facilitate the collaboration involving the commercialization of graphene products and closely follows all events in this area. Furthermore, one of the responsibilities of this association is to present the achievements of the graphene industry to the private and public sectors, where the decision-makers and regulatory authorities of the states need to be updated.

The National Graphene Institute (NGI), a facility located at the University of Manchester, was established in 2015 with a budget of £38 million made available by the United Kingdome government and £23 million funded by the European Union. This institute, which provides a unique platform for academic and industrial researchers to develop the applications of graphene and accelerate their commercialization process, has also a close collaboration with various industrial sectors to lay the foundations for introducing graphene products into the market. Among the companies cooperating with this institute, some big names are seen such as Airbus, Broker, Huawei, Haydale, Merck, Oxford Instruments, Rolls Royce, Siemens, Sharp, and Samsung, which spotlights the pivotal role of the National Graphene Institute in the commercialization of graphene products.

The centers actively working on the development of graphene, however, are not limited to those mentioned above; there are also plenty more, founded by universities to this end. As a case in point, the National University of Singapore set up the Graphene Research Centre (GRC) in 2010, specializing in the development of graphene technology, for whose equipment the National Research Foundation of Singapore allocated a grant of $50 million in 2014. The University of Exeter in collaboration with the University of Bath jointly established the Centre for Graphene Science in 2008, operating as an international network that brings together thousands of academic and industrial groups from all around the world.