Partnership with a Startup Company Producing Surfactants for Microfluidic Chips 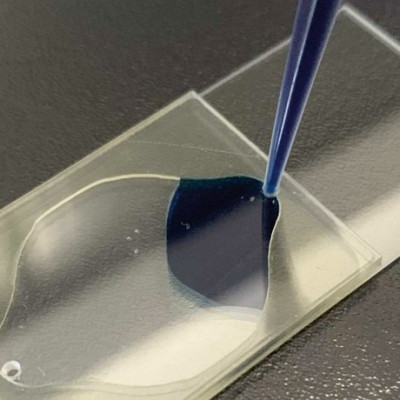 Dolomite Microfluidics has started a new partnership with Emulseo, which is a startup company producing surfactants for droplet-based microfluidics. According to the agreement, Emulseo distributes FluoSurf formulated for microfluidic systems. FluoSurf is a compatible surfactant with a wide selection of reagents in the droplet phase and is ideal for applications in various fields such as droplet formation and microencapsulation.

FluoSurf is compatible with a wide selection of reagents in the droplet phase that would disrupt the stability of emulsions formed with traditional stabilisers, and is ideal for applications in fields such as droplet formation and microencapsulation, according to the two firms. This copolymer comprises ambiphilic polymer blocks that allow stabilisation of the interface between aqueous droplets and fluorinated oils. Dolomite says it offers fast droplet formation rates and enables the creation of highly stable emulsions of a broad range of monodisperse droplet sizes that can be readily broken when desired.

Quentin Jochyms, CTO and co-founder of Emulseo, said: “FluoSurf was developed and optimised specifically for droplet-based microfluidics applications, and will meet the demand for a biocompatible surfactant that provides batch-to-batch reproducibility.”

Richard Gray, vice president of particle engineering and microfluidics at Dolomite Microfluidics, added: “We chose Emulseo as our partner to offer FluoSurf to our customers worldwide. We are delighted to be distributing this product, which will greatly improve the market for emulsion stabilisers, and look forward to a fruitful collaboration with Emulseo.”

Meanwhile US-based Redbud has announced an expansion to its MXR (“mixer”) microfluidic chip family with the introduction of MXR Blue. The MXR Blue line of chips is a new formulation of the company's proprietary Redbud Post technology designed to maintain performance in sample-to-answer cartridges without the need for additives.

MXR Blue is designed for use in a range of applications, especially for system developers seeking to improve diagnostic sensitivity, shorten time-to-result, or simplify the consumable for a multiplexed genomic or proteomic test. With MXR Blue, assay developers can now flood chambers directly with raw biofluids such as blood or urine, cell media, pure water, and other high-surface tension fluids.

“We developed MXR Blue based on customer demand,” said Dr Jay Fisher, vice president of R&D. “Researchers and systems developers alike have been seeking out the mixing advantages of MXR, but were restricted in their ability to utilise surfactants in their assays. Thanks to MXR Blue hydrophilic characteristics this is no longer an issue. Developers can integrate the cartridge-ready chip into their protocols and immediately reap the rewards of MXR-enhanced mixing. With MXR Blue, it's now possible to work directly with non-diluted biological fluids like whole blood, urine, cerebral spinal fluid, saliva, synovial fluid, plasma, serum, etcetera.”