China's Use of Nanotechnology to Increase Its Global Impact 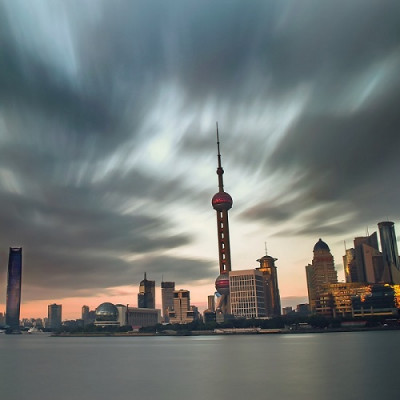 China can be considered as one of the most influential countries in the world and, its role in science and technology development is growing. However, this country faces challenges such as the significant increase in greenhouse gas emissions. Nanotechnology may play a key role in meeting these challenges. Currently, this country has invested heavily in the research and development of nanotechnology, the consequences of which are available in intellectual properties. Using nanomaterials to reduce carbon dioxide emissions and employing nanotechnology for renewable energy development to meet the growing electricity demands are among the benefits of nanotechnology research for China.

It’s no secret that from a population and economic perspective, China is one of the modern-day superpowers, and its influence is likely to increase in the coming years. As it stands, China’s population is the largest in the world and its economy has been growing by about 10% year on year for the last 40 years—most have which has been due to advances and innovations in the technology and manufacturing spaces. The benefits of this economic growth can also be seen in some of the societal impacts, such as an increased life expectancy. However, there are downsides to these advancements, with one of the biggest disadvantages being a significant increase in carbon dioxide emissions—and a subsequent negative impact on global warming and climate change.

The World Economic Forum (WEF) has recently stated that multiple areas of growth in China have contributed to this overall economic growth. There are also multiple areas where nanotechnology could have a positive impact on these areas, whether it be an expansion of the already positive growth factors or a reduction/negation of the negative factors which have come with this growth—these are the areas which we’re going to focus in on. China is in a very good position to increase their global impact in this way, as they have put a lot of money into nanotechnology research and a lot of intellectual property (IP) has been generated as a result.

As mentioned, carbon dioxide emissions have been one of the main negative impacts to China’s growth. However, there are many technologies being developed nowadays that can limit the emissions entering our atmosphere. Nanomaterial/ultra-thin catalytic membranes are one option for reducing the gases emitted from plants, as the gas molecules adhere to the surface and are converted into less harmful gases. These are known as carbon-capture technologies and can reduce emissions by up to 90%. New nanomaterial-based catalysts are also being developed for various reactions to reduce/change the side products created during the reaction. This is an area where emissions, or other pollutants (depending on the reaction) could be removed before they have a chance to reach the environment. A significant reduction in the emission of greenhouse gases using nanomaterial-inspired solutions could increase China’s impact on the global stage.

Renewable energy is an area where China has invested heavily, and they built more solar and wind farms than any other country last year. There is a demand in China for more electricity—which is being fuelled by the population increase and an increase in technology usage—and this is one area which could be accelerated by nanotechnology. For a lot of solar cells, there is a limit. This limit can be efficiency, flexibility, or the places where they can be installed. The inclusion of various types of nanomaterials into solar cells has helped to increase the photon to electricity conversion rate, make solar cells flexible, and has enabled them to be printed on to a surface. So, whether it’s an increase in electricity generation per solar cell, or the ability to install/print solar cells on to more surfaces, nanotechnology could offer a way of meeting the growing electricity demands in China.

Chinese consumers buy a lot of electric cars—with 1.1 million people buying new electric cars last year—and China possesses 99% of the world’s electric bus fleet. China is the leading nation in terms of battery production and produces many more batteries per year than any other country. A lot of electric vehicle (EV) batteries are also made in China and the price is coming down year on year. However, EV batteries are notoriously slow at charging and don’t last for long enough time periods for the average consumer—although they are getting slightly better. Nanomaterials are seen as the answer to these challenges and could offer a way of making significant beneficial increases (i.e. disruptive to the status quo), rather than slight improvements. Nanomaterial-inspired batteries and fuel cells with efficient cycle and discharge cycle rates are seen as future of EVs, and China could take advantage of all the nanotechnology research going on within the country to produce the next generation of EV batteries.

Space applications combined with nanomaterials is (likely) to be an area for the future, but China’s recent moon landing shows that they are looking to increase their presence in this area. Nanomaterials are undergoing a lot of research around the world for space applications, including everything from space suits, to powering and storing energy on spacecraft, as barrier coatings for spacecraft to protect them from radiation, to the materials which spacecraft (or their parts) are made from, and even in the construction of a space elevator. As there is no global leader yet, and most of these are in the prototype/concept stage, China could benefit by pursuing nanotechnology researching for space applications and become a global leader in space innovations—which could further boost China’s global impact.