Shenzhen Hifuture Information Technology Co. Ltd. is looking to invest $45 million in Xjet, a company specializing in ceramic and metal 3D printing. The investment has been planned to be delivered in two phases, with $25 million and $20 million in the first and second phases, respectively. XJet employs advanced 3D-printing technology based on ceramic and metal nanoparticles, which unlike other methods of 3D printing does not involve melting materials, thus avoiding related defects in parts.

The impending deal has been heralded by a filing to the Shenzhen Stock Exchange made by Shenzhen Hifuture on September 25th. In the document, the company outlines that it initially plans to invest $25 million in XJet, with an additional $20 million to be delivered at a later date.

In another announcement following the filing, Shenzhen Hifuture adds that the intention of the investment is to help expand XJet’s business in China, including establishment of a regional manufacturing site and making Hifuture the preferred supplier for XJet machine parts and raw materials.

As the deal is not yet complete, an XJet spokesperson told 3D Printing Industry that the company “does not have a comment at this time.” 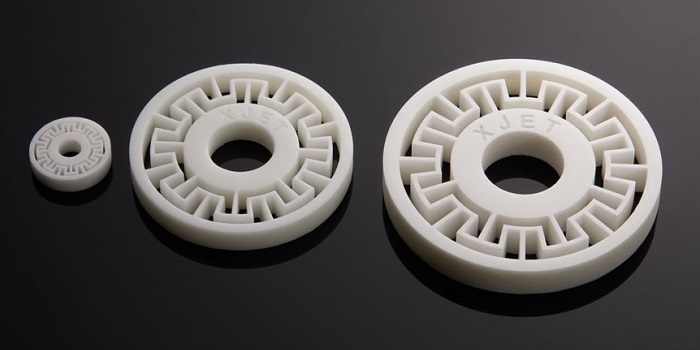 Headquartered in Rehovot, Israel, XJet is the provider of a trademark NanoParticle Jetting (NPJ) 3D printing method. Unlike other metal additive methods (SLM, DMLS, EBM) NPJ does not melt material, and so parts avoid related defects, like residual stresses. It also means that no powder handling is required, limiting the risk of particle contamination and health and safety concerns.

In NPJ, chosen nanoparticles (ceramic or metallic) are jetted into a liquid which then forms a shell around them. After deposition onto the build platform, this liquid evaporates, leaving behind fused layers of ceramic or metal. Eventually, the goal for XJet is to be able to simultaneously 3D print multiple materials, with the metal forming the body of the part, and the ceramic acting as support material (which would be much easier to remove than more metal).

NPJ technology is currently available from XJet in its Carmel range of systems; the Carmel 1400 and the smaller Carmel 700. Following the official release of both of its system in 2017, XJet has been building its application portfolio, and its reseller network