NASA has recently signed a Phase II Small Business Technology Transfer contract with UbiQD, Inc., a cleantech materials company that manufactures high-performance yet safe quantum dots and greenhouse materials in Los Alamos, New Mexico. Under the contract, UbiQD collaborates with the University of Arizona's Controlled Environment Agriculture Center to jointly work toward boosting crop growth in space by leveraging the broad potential of quantum dots to tailor the solar spectrum as needed.

UbiQD, Inc., a New Mexico-based nanotechnology development company, announced today that it has been awarded a Phase II Small Business Technology Transfer (STTR) contract by the National Aeronautics and Space Administration (NASA). The 24-month contract provides $750,000 in funding for UbiQD's collaborative research and development with the University of Arizona's Controlled Environment Agriculture Center (UA-CEAC) to further explore using quantum dots to tailor the spectrum of sunlight for optimized crop growth for in-space and planetary exploration missions.

In August 2018, UbiQD was first awarded a Phase I STTR contract as part of NASA's strategic mission to advance capabilities in the area of space technology, food production, and more. The successful project demonstrated improved crop yields for red romaine lettuce. One of the light recipes used in the study was UbiQD's luminescent greenhouse product, UbiGro™, which resulted in a 13% increase in dry weight of the vegetable, as well as an 8% increase in leaf area.

"On long-duration space missions, where astronauts will need to make the most use of resources, boosting food production with this technology could be a 'game-changer,'" said Gene Giacomelli, a professor of biosystems engineering at University of Arizona who leads the work at UA-CEAC. "There is definitely something positive in this material as well as the technology which UbiQD has implemented. I'm on their horse in this race." 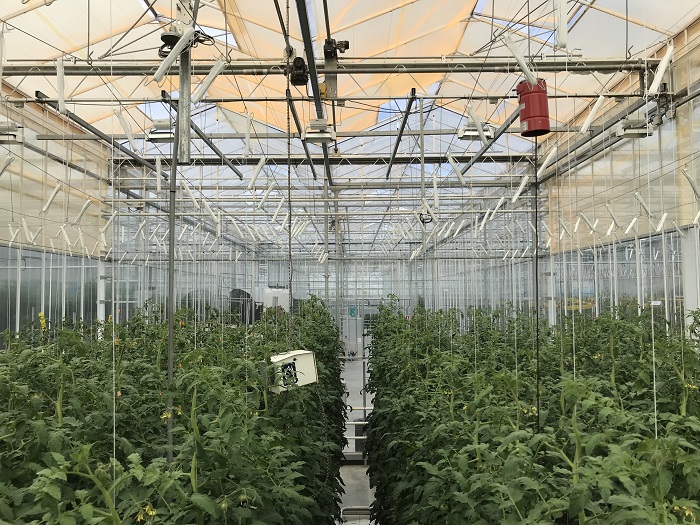 UbiQD has been developing its quantum dot agriculture films after receiving funding from Breakout Labs in 2017 to explore the concept. By efficiently providing an ideal light spectrum, UbiQD's new UbiGro™ film is designed to promote vegetable production and accelerate plant growth. UbiQD has partnered with commercial greenhouses to install the UbiGro product in 15 locations across six countries and five U.S. states, including in its home state of New Mexico. Growing Opportunities, based in Alcalde, NM, is using UbiGro™ film to boost the fresh weight yield of tomatoes, and the company first released commercial data from this farm in November 2019.

"We are thrilled to continue our work with the University of Arizona and NASA to improve the light quality for plants grown in space," said Matt Bergren, Principle Investigator and Chief Product Officer at UbiQD. "Our technology could not only help provide fresh fruit and vegetables to future astronauts on missions to the Moon or Mars, but also benefit growers here on Earth."