Metal-free multifunctional nanomaterials have broad application prospects in integrated cancer diagnosis and treatment. The team took an organic solvent (formamide) as the carbon and nitrogen source and then developed CNQD-CN.

CNQD-CN can be utilized as a near-infrared (NIR)/pH dual-responsive drug delivery system to improve the response to chemotherapy. It possesses both light-to-heat conversion and singlet oxygen generation capabilities under a single NIR excitation wavelength for combined photodynamic and photothermal therapy.

This study was a further step in realizing the advantages of imaging-guided synergistic cancer therapy. 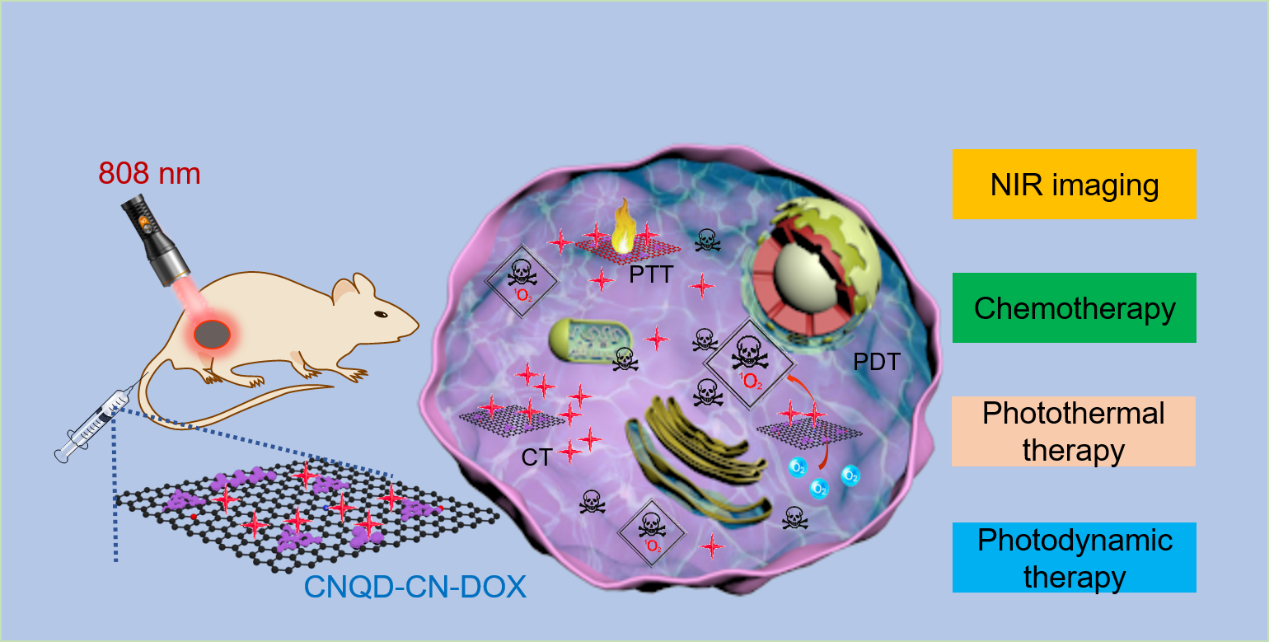 Graphic of CNQD-CN for NIR imaging and combined chemotherapy and phototherapy to treat cancer.

The study was sponsored by the National Natural Science Foundation of China, the Start-up Fund of the Chinese Academy of Sciences (CAS), the Collaborative Innovation Program of the Hefei Science Center of CAS, and the Science and Technology Major Projects of Anhui Province. A portion of this work was supported by the High Magnetic Field Laboratory of Anhui Province.