Chemists from RUDN University synthesized soluble biopolymers based on chitin from crab shells. Together with palladium, they form effective catalysts for organic reactions, and their nanoparticles can be re-used over ten times.

Chitin is obtained from carapaces and exoskeletons of arthropods (mainly marine ones) and most of its derivatives are difficult to modify. However, the team managed to synthesize several chitin compounds that could be used in organic chemistry. To do so, they mixed chitin powder made from crab shells with water and organic compounds that contained azide groups (N3). After that, the mixture was subject to ultrasound for 20 minutes.

The end product was a polymer in which 40% of fragments were bound with azide groups. At the next step, the polymer was completed with ethers of amino acids, and each azide group was replaced with a cycle with three nitrogen and two carbon atoms. Then, the new substance was mixed in a methanol solution with a palladium-based catalyst. After that, the mix was added to a chitin derivative solution at the rate of one or two drops every couple of minutes. As a result, the team obtained catalyst nanoparticles (20 to 110 nm in size).

The team tested the catalytic properties of the nanoparticles in a cross-coupling reaction that bound together fragments of aryl halides and alkynes. The reaction was carried out at 70? in different solvents (water, toluene, and hexane) and in presence of different bases. Having studied 32 variants of the reaction, the team concluded that the new catalyst was the most effective in water, in the presence of potassium carbonate, and in the form of 30 nm nanoparticles. When these conditions were met, the yield of the reaction reached 100%.

The chemists also checked if the catalyst could be reused with these reaction parameters. After the first reaction, the nanoparticles were separated from the end product in a centrifuge, washed with water, dried out, and used again. This process was repeated 10 times with no reduction of the yield or damage to the nanoparticles. 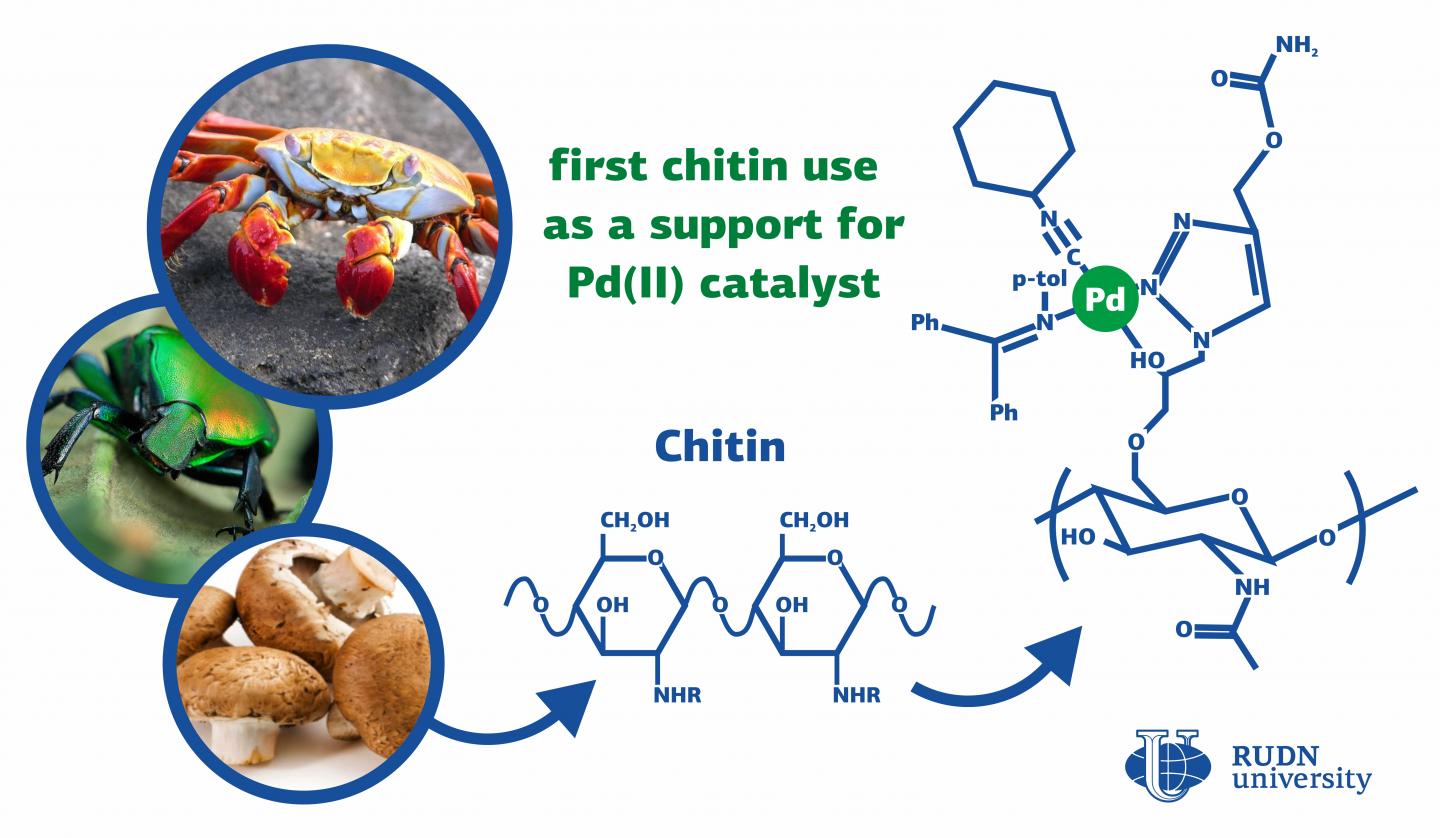 “We have obtained evidence confirming our concept of effective chitin-based catalysts for organic synthesis. The key advantage of the new catalyst is its reusability. It is still unknown what makes the nanoparticles of the palladium-chitin complex so stable, and this is what we intend to find out in our future studies. We also plan to use the new nanoparticles as a catalyst in other cross-coupling reactions,” said Andreii Kritchenkov, PhD and an assistant researcher at the Department of Inorganic Chemistry, RUDN University.