A new nanoparticle drug-delivery system resulted in unprecedented siRNA penetration across the intact blood-brain barrier. Researchers say the system could help doctors to treat secondary injuries associated with TBI that can result in Alzheimer’s and other neurodegenerative disorders.

In the past few decades, researchers have identified biological pathways leading to neurodegenerative diseases and developed promising molecular agents to target them. However, the translation of these findings into clinically approved treatments has progressed at a much slower rate, in part because of the challenges scientists face in delivering therapeutics across the blood-brain barrier (BBB) and into the brain.

To facilitate successful delivery of therapeutic agents to the brain, a team of bioengineers, physicians, and collaborators at Brigham and Women’s Hospital and Boston Children’s Hospital created a nanoparticle platform, which can facilitate therapeutically effective delivery of encapsulated agents in mice with a physically breached or intact BBB.

In a mouse model of traumatic brain injury (TBI), they observed that the delivery system showed three times more accumulation in brain than conventional methods of delivery and was therapeutically effective as well, which could open possibilities for the treatment of numerous neurological disorders. Findings were published in Science Advances.

Previously developed approaches for delivering therapeutics into the brain after TBI rely on the short window of time after a physical injury to the head, when the BBB is temporarily breached. However, after the BBB is repaired within a few weeks, physicians lack tools for effective drug delivery.

“It’s very difficult to get both small and large molecule therapeutic agents delivered across the BBB,” said corresponding author Nitin Joshi, PhD, an associate bioengineer at the Center for Nanomedicine in the Brigham’s Department of Anesthesiology, Perioperative and Pain Medicine.

“Our solution was to encapsulate therapeutic agents into biocompatible nanoparticles with precisely engineered surface properties that would enable their therapeutically effective transport into the brain, independent of the state of the BBB.”

The technology could enable physicians to treat secondary injuries associated with TBI that can lead to Alzheimer’s, Parkinson’s, and other neurodegenerative diseases, which can develop during ensuing months and years once the BBB has healed.

“To be able to deliver agents across the BBB in the absence of inflammation has been somewhat of a holy grail in the field,” said co-senior author Jeff Karp, PhD, of the Brigham’s Department of Anesthesiology, Perioperative and Pain Medicine. “Our radically simple approach is applicable to many neurological disorders where delivery of therapeutic agents to the brain is desired.”

Rebekah Mannix, MD, MPH, of the Division of Emergency Medicine at Boston Children’s Hospital and a co-senior author on the study, further emphasized that the BBB inhibits delivery of therapeutic agents to the central nervous system (CNS) for a wide range of acute and chronic diseases.

“The technology developed for this publication could allow for the delivery of large number of diverse drugs, including antibiotics, antineoplastic agents, and neuropeptides,” she said. “This could be a game changer for many diseases that manifest in the CNS.”

The therapeutic used in this study was a small interfering RNA (siRNA) molecule designed to inhibit the expression of the tau protein, which is believed to play a key role in neurodegeneration. Poly(lactic-co-glycolic acid), or PLGA, a biodegradable and biocompatible polymer used in several existing products approved by the U.S. Food and Drug Administration, was used as the base material for nanoparticles. 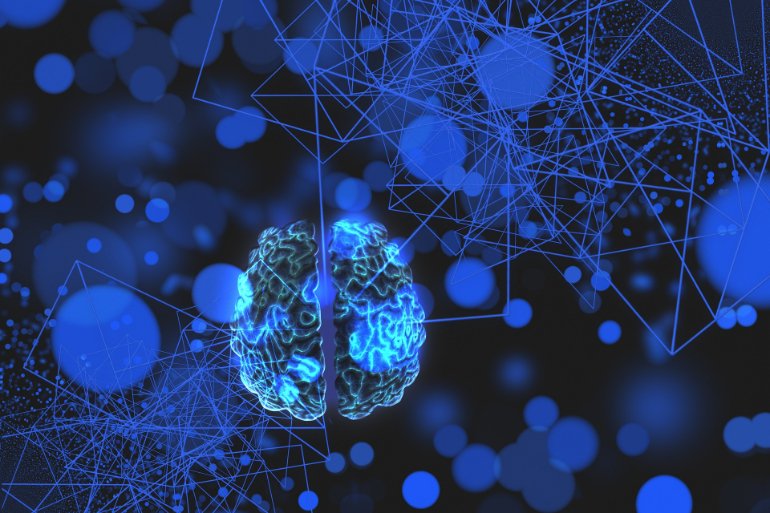 The technology could enable physicians to treat secondary injuries associated with TBI that can lead to Alzheimer’s, Parkinson’s, and other neurodegenerative diseases, which can develop during ensuing months and years once the BBB has healed.

The researchers systematically engineered and studied the surface properties of the nanoparticles to maximize their penetration across the intact, undamaged BBB in healthy mice. This led to the identification of a unique nanoparticle design that maximized the transport of the encapsulated siRNA across the intact BBB and significantly improved the uptake by brain cells.

A 50 percent reduction in the expression of tau was observed in TBI mice who received anti-tau siRNA through the novel delivery system, irrespective of the formulation being infused within or outside the temporary window of breached BBB. In contrast, tau was not affected in mice that received the siRNA through a conventional delivery system.

“In addition to demonstrating the utility of this novel platform for drug delivery into the brain, this report establishes for the first time that systematic modulation of surface chemistry and coating density can be leveraged to tune the penetration of nanoparticles across biological barriers with tight junction,” said first author Wen Li, PhD, of the Department of Anesthesiology, Perioperative and Pain Medicine.In addition to targeting tau, the researchers have studies underway to attack alternative targets using the novel delivery platform.

“For clinical translation, we want to look beyond tau to validate that our system is amenable to other targets,” Karp said. “We used the TBI model to explore and develop this technology, but essentially anyone studying a neurological disorder might find this work of benefit. We certainly have our work cut out, but I think this provides significant momentum for us to advance toward multiple therapeutic targets and be in the position to move ahead to human testing.”