Scientists at Nanyang Technological University, Singapore (NTU Singapore) have developed insulin nanoparticles that may one day become the basis for an oral medicine, and an alternative to insulin injections for diabetic patients.

In a pre-clinical study, the NTU Singapore team fed insulin-containing nanoparticles to rats and found that insulin increased in their blood minutes later.

Insulin therapy is often an important part of treatment for diabetes, a metabolic disease that affects 422 million people globally . In Singapore, the number of diabetics is expected to grow to 1 million – almost a fifth of the population – in 2050.

Delivering insulin orally would be preferable over insulin jabs for patients because it causes less pain than jabs, and could thus lead to improved patient compliance. But oral dosage remains a challenge. As insulin is a protein, it gets broken down in the gastrointestinal tract before it can even reach the bloodstream to regulate blood glucose.

To overcome this challenge, the interdisciplinary team comprising scientists from NTU’s School of Materials Science and Engineering and the Lee Kong Chian School of Medicine (LKCMedicine) designed a nanoparticle loaded with insulin at the core, then coated with alternating layers of insulin and chitosan, a natural sugar.  Dosing is achieved by controlling the number of layers in the nanoparticle.

Through lab experiments using cell cultures and rat models, the team led by NTU principal research fellow Dr Huang Yingying, Associate Professor Yusuf Ali and former NTU Professor Subbu Venkatraman, demonstrated that this layer-by-layer coated nanoparticle is stable as it passes through the stomach into the small intestine with minimal insulin release, and is able to pass through the intestinal walls into the bloodstream.

Dr Huang Yingying from the School of Materials Science and Engineering at NTU, the study’s co-lead author, said: “Efforts to develop oral insulin products have met with little success because these products either come with a safety risk, or require frequent dosage due to the drug’s ability to contain only a small amount of insulin. The tests of our NTU-developed insulin nanoparticle in rats show that it can carry a large enough amount of insulin for the desired therapeutic effect and at the same time is small enough to pass through intestinal walls into the bloodstream. This indicates its potential application for oral insulin delivery in humans. We believe that the same concept could also be useful for other protein drugs that normally have to be injected.”

Associate Professor Yusuf Ali from NTU LKCMedicine, the study’s co-author, said: “Insulin is now administered under the skin with a fine needle multiple times a day, depending on the formulation. Aside from the pain and inconvenience, these jabs also come with a risk of patients being unaware of their low blood sugar level, which could develop into a potentially deadly condition in a diabetic. LKCMedicine is now taking the development of this nanoparticle forward with more pre-clinical work, and we are hopeful that our work could some day replace painful insulin injections with a simple and small pill.”

The findings were published in the scientific journal Nanoscale in November.

Insulin is a naturally occurring hormone that is critical for the regulation of blood glucose levels, especially after a meal.

At the same time, insulin nudges the liver to lower the rate of new glucose production, and altogether, these serve to effectively reduce blood glucose levels.

In contrast, diabetic patients do not produce sufficient insulin to meet the body demands. In serious cases, insulin needs to be given via a needle into the fatty tissue beneath the skin. From there, it goes into the general blood circulation throughout the body before travelling to the liver.

The NTU-developed oral insulin nanoparticle more closely mimics the route by which natural insulin enters the bloodstream from the liver, an important organ for controlling blood glucose levels.

Each of these nanoparticles is about 200nm in size – at least 1,000 times smaller than a pollen grain. Insulin is first loaded into the liposome, a tiny sphere at the core of the nanoparticle. The liposome is then coated with 11 alternating layers of insulin and chitosan of three different molecular weights, an approach that allows more insulin to be loaded.

When the insulin nanoparticle enters an acidic environment of the stomach, its layers start to repel each other, resulting in the slow release of insulin from the outermost layer, and leading inwards. While it loses some insulin as it travels down the gastrointestinal tract, the nanoparticle has enough coatings that by the time it is transported through the intestinal wall and into the bloodstream, the insulin in the remaining layers and at the liposome core is still intact. 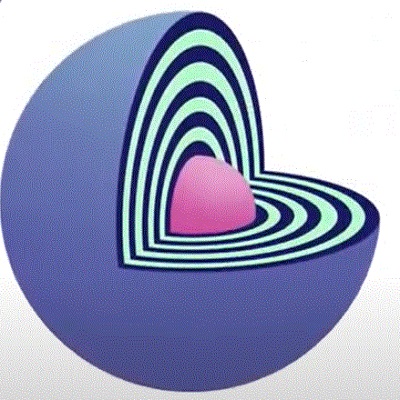 Each nanoparticle has a tiny sphere at the core, called a liposome, which is first loaded with insulin. The liposome is then coated with 11 alternating layers of insulin and chitosan of three different molecular weights, an approach that allows more insulin to be loaded.

When tested on the human cell line Caco-2 – a widely used model for studying the transport of molecules across the intestinal wall – the scientists found that the amount of insulin transported across was three times higher when loaded into the nanoparticle, compared to bare insulin solution.

The scientists also tested the rate at which nanoparticle insulin is absorbed and cleared in the bloodstream of rats. In rats fed orally with insulin nanoparticles, the insulin concentration in the blood peaked at the 30-minute mark and was entirely eliminated in four hours.

Assoc Prof Yusuf Ali said: “Taken together, these lab experiments showed that our layer-by-layer approach limited the exposure of insulin to the gastrointestinal environment, preventing premature degradation of the insulin. We are now studying if this peak comes earlier than the 30-minute mark – an indicator of how closely the insulin from our nanoparticle follows the ebb and flow of naturally-produced insulin in the bloodstream.”

The rapid absorption and elimination of insulin released from these multi-layered nanoparticles demonstrates a proof of concept in replicating meal-related metabolic responses in individuals without diabetes, said Dr Huang, adding that the level of insulin concentration can be further increased by repeating the number of alternating insulin and chitosan layers on the nanoparticle surface.

The NTU team is now in talks with a pharmaceutical company to further improve the nanoparticles’ function.