A Statistical Look at USPTO Nanotechnology Patents Published in 2020

In 2020, more than 12,900 nanotechnology published patent applications were filed with the United States Patent and Trademark (USPTO), a total increase of about 8.5% over the last year. This number includes 3% of the total number of patents published by USPTO.

According to StatNano, more than 12,900 nanotechnology published patent applications were filed with the USPTO, accounting for 3% of the total number of patents published by the Office in 2020.

Nanotechnology related articles, meanwhile, account for 9 percent of all WoS indexed scientific publications, which means that science contribution to technology in the nano realm was one-third of what has happened in other fields.

Figures 1 and 2 show the statistics of total and nanotechnology patents (granted or published) filed with the USPTO over the past few years, respectively. Having a period of stagnation, the trend of published patents - either nanotechnology or all fields of technologies - has been accompanied by a relative growth in the last two years (i.e., the orange curve in Figures 1 and 2), while the trend is fluctuating for granted patents. 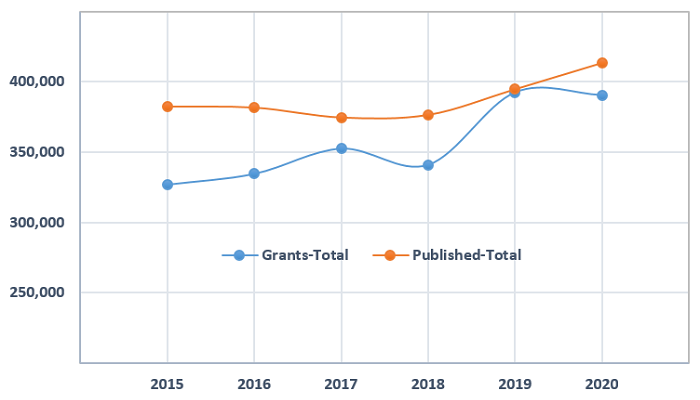 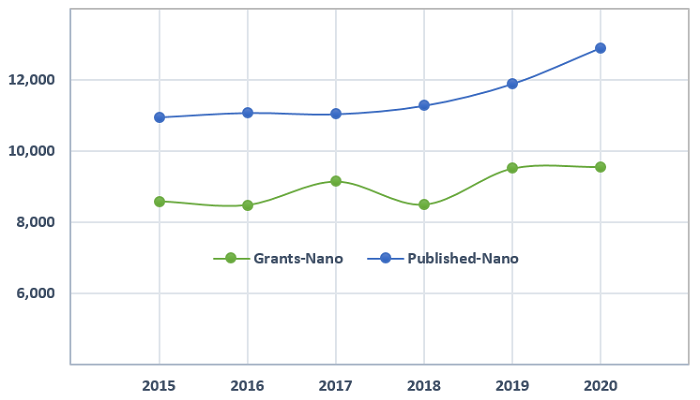 Figure 2- Number of nanotechnology patents (published or granted) in USPTO between 2015 and 2020.

The growth rate of these published patents is close to 5% for all fields of science and technology and about 8.5% for nanotechnology compared to 2019 that could be related to the coronavirus pandemic last year, and the further growth of nanotechnology patents has probably reflected more attitude to the use of nanotechnology to combat the disease.

Moreover, as can be seen from the comparison of Figures 1 and 2, the gap between the number of granted and published patents is reducing and reached a minimum value in 2019 for total patents, while showing no considerable changes for nanotechnology patents. In this regard, factors other than commercialization challenges may be involved that need to be further investigated and analyzed.