The immense human toll exerted by the severe acute respiratory syndrome coronavirus 2 (SARS-CoV-2)-mediated pandemic of coronavirus disease 2019 (COVID-19) can be arrested only by the induction of population immunity against the virus. The only feasible route appears to be via vaccination. However, pending the global availability of highly effective vaccines, therapeutics that can reverse the severe and life-threatening clinical features of SARS-CoV-2 infection continue to be the focus of most research. 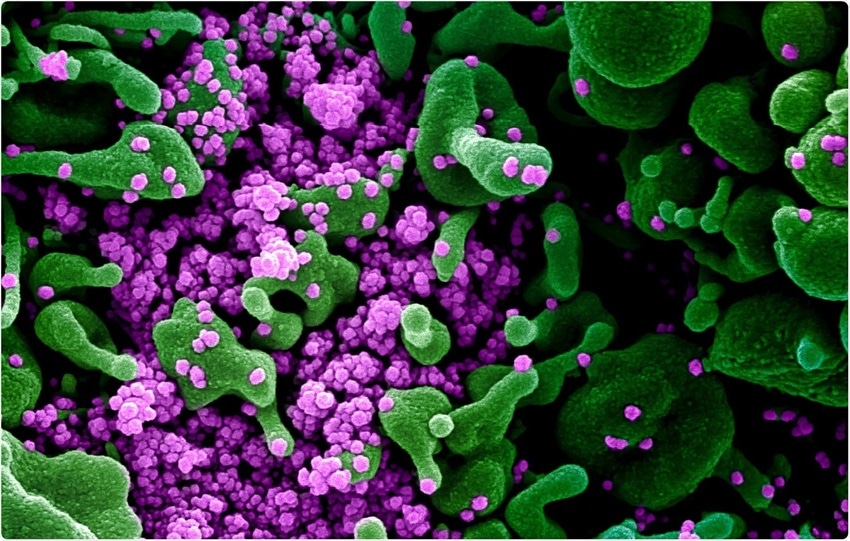 SARS-CoV-2 accomplishes entry into and infection of the host cell by binding to ACE2 on the cell surface, via the RBD on the viral spike protein. The RBD is the target of 90% of currently available therapeutic antibodies and antibodies elicited by most current vaccines.

Isolation of nanobodies to SARS-CoV-2 RBD

While convalescent plasma and monoclonal antibodies directed against the virus have been used in therapeutic trials, the current study is based on the efficacy of an antibody fragment obtained from the immunoglobulins elicited from camelids, namely, alpacas. These fragments are called VHH or nanobodies and hold great promise for the treatment of COVID-19.

The advantages of VHH include the inexpensive manufacturing process, higher penetration into tissues, and easier modification to form multivalent antibodies, or antibodies capable of recognizing and binding to multiple specific antigens. They are also ideal for treating lung disease as they are small enough to be directly injected or infused into the lungs, with high solubility and stability.

In the current study, the researchers report a series of novel nanobodies against SARS-CoV-2. These were isolated from immunized alpacas that had received three doses of recombinant purified SARS-CoV-2 RBD. The seven RBD-specific nanobodies were identified in a phage display screen.

The researchers also modified the nanobodies by incorporating them into immunoglobulin G1 (IgG1), fusing them with the Fc portion. This resulted in the formation of homodimers. Together with the higher molecular weight, the bivalent nature of these chimeras led to a marked improvement in RBD binding affinity. In fact, it rose even above that reported for some monoclonal antibodies isolated from convalescent COVID-19 patients.

Neutralization efficacy also improved to the nanomolar range. The researchers observed that compared to the use of monovalent Nbs, the homodimers caused higher neutralization of RBD-ACE2 binding, with the 50% inhibitory concentration (IC50) being reduced 5-90 times.

The binding activity of the recently emerged N501Y variant for ACE2 was higher relative to the ancestral RBD, as expected, but all seven nanobodies made no distinction between the original and mutant RBD in their binding.

The study also demonstrated the favorable effects of fusing two nanobodies that had non-overlapping epitopes to form heterodimers. The linkage was achieved via a flexible linker. These bivalent antibodies were thus able to bind different sites on the RBD, namely, aRBD-2-5 and aRBD aRBD-2-7. The binding affinity of these antibodies for the RBD was still higher, as was the neutralizing potency.

While six nanobodies effectively neutralized the RBD-ACE2 interaction, one, called aRBD-7, showed weak blocking ability despite a high binding affinity for RBD. The investigators attributed this to the binding of different nanobodies to different RBD epitopes, which results in varying degrees of the blockade of RBD-ACE2 binding.

It was interesting to observe that the incorporation of the weak neutralizing nanobody aRBD-7 into a homodimer or into a heterodimer led to a 75-fold improvement in neutralization. This is caused by the increase in binding affinity due to dimer formation, as well as a greater steric hindrance because of the larger molecular size.

What are the implications?

The nanobodies identified in the current study were extremely stable and had a high binding affinity for SARS-CoV-2 RBD. Six of the identified nanobodies were able to neutralize spike-ACE2 binding.

The researchers note that the formation of heterodimers led to a neutralization potency superior to other nanobodies reported earlier, as well as some monoclonal antibodies. A multivalent nanobody has been reported in recent research, which has even higher neutralization efficacy.

The alpaca VHH is significantly homologous with humans' VH3, leading to low immunogenicity in the latter. The natural nanobodies with high RBD binding affinity and potent neutralization efficacy against RBD-ACE2 binding, as well as the engineered hetero-bivalent nanobodies with high neutralization potency, are promising leads for further development of therapeutic antivirals against SARS-CoV-2, as well as diagnostic tests.