Detecting Single Molecules and Diagnosing Diseases with A Smartphone

LMU researchers show that the light emitted by a single molecule can be detected with a low-cost optical setup. Their prototype could facilitate medical diagnostics.

Biomarkers play a central role in the diagnosis of disease and assessment of its course. Among the markers now in use are genes, proteins, hormones, lipids and other classes of molecules. Biomarkers can be found in the blood, in cerebrospinal fluid, urine and various types of tissues, but most of them have one thing in common: They occur in extremely low concentrations, and are therefore technically challenging to detect and quantify.

Many detection procedures use molecular probes, such as antibodies or short nucleic-acid sequences, which are designed to bind to specific biomarkers. When a probe recognizes and binds to its target, chemical or physical reactions give rise to fluorescence signals. Such methods work well, provided they are sensitive enough to recognize the relevant biomarker in a high percentage of all patients who carry it in their blood. In addition, before such fluorescence-based tests can be used in practice, the biomarkers themselves or their signals must be amplified. The ultimate goal is to enable medical screening to be carried out directly on patients, without having to send the samples to a distant laboratory for analysis. 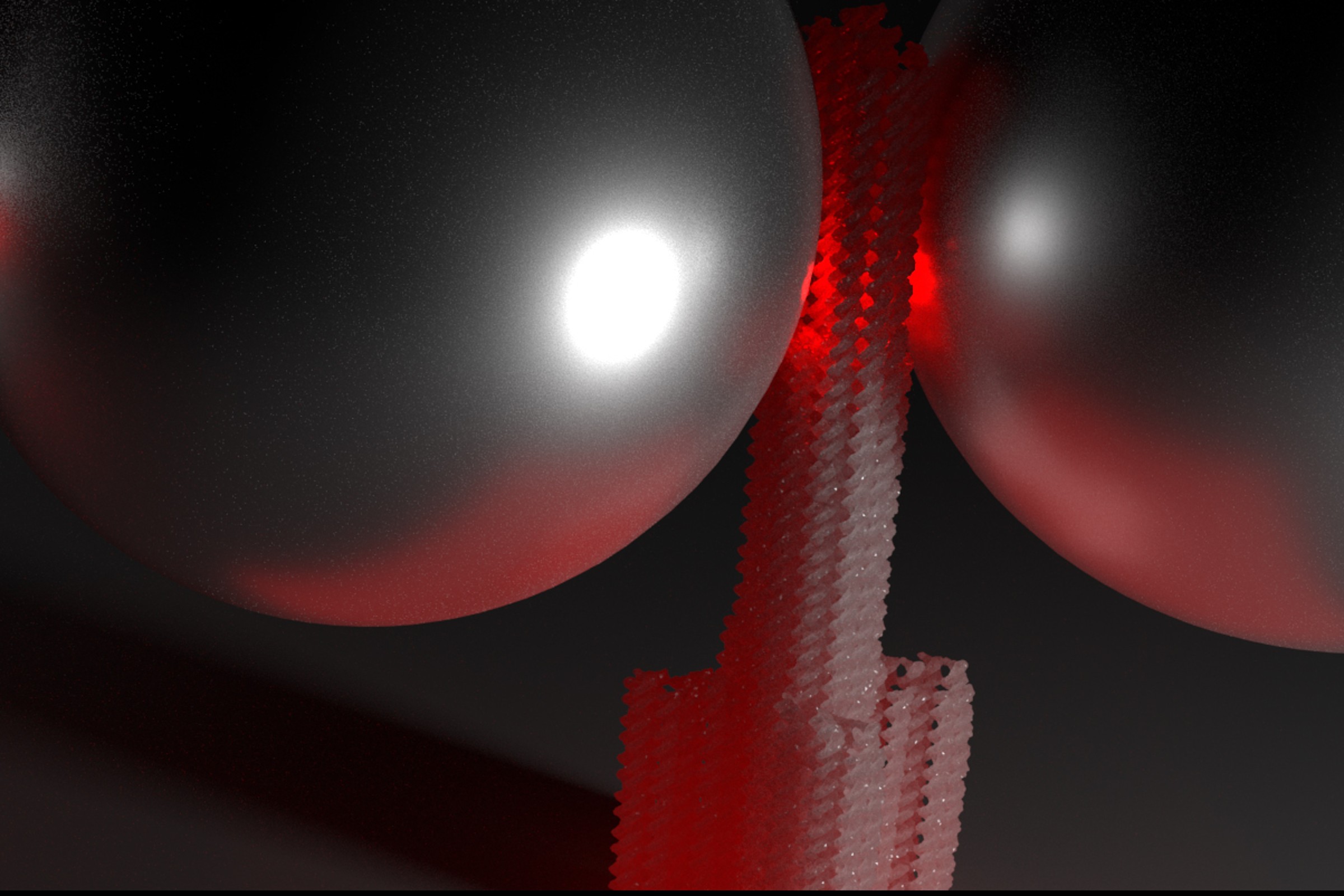 Philip Tinnefeld, who holds a Chair in Physical Chemistry at LMU, has developed a strategy for determining levels of biomarkers present in low concentrations. He has succeeded in coupling DNA probes to tiny particles of gold or silver. Pairs of particles (‘dimers’) act as nano-antennas that amplify the fluorescence signals. The trick works as follows: Interactions between the nanoparticles and incoming light waves intensify the local electromagnetic fields, and this in turn leads to a massive increase in the amplitude of the fluorescence. In this way, bacteria that contain antibiotic resistance genes and even viruses can be specifically detected.

“DNA-based nano-antennas have been studied for the last few years,” says Kateryna Trofymchuk, joint first author of the study. “But the fabrication of these nanostructures presents challenges.” Philip Tinnefeld’s research group has now succeeded in configuring the components of their nano-antennas more precisely, and in positioning the DNA molecules that serve as capture probes at the site of signal amplification. Together, these modifications enable the fluorescence signal to be more effectively amplified. Furthermore, in the minuscule volume involved, which is on the order of zeptoliters (a zeptoliter equals 10-21 of a liter), even more molecules can be captured.

The high degree of positioning control is made possible by DNA nanotechnology, which exploits the structural properties of DNA to guide the assembly of all sorts of nanoscale objects – in extremely large numbers. “In one sample, we can simultaneously produce billions of these nano-antennas, using a procedure that basically consists of pipetting a few solutions together,” says Trofymchuk.

Routine diagnostics on the smartphone

“In the future,” says Viktorija Glembockyte, also joint first author of the publication, “our technology could be utilized for diagnostic tests even in areas in which access to electricity or laboratory equipment is restricted. We have shown that we can directly detect small fragments of DNA in blood serum, using a portable, smartphone-based microscope that runs on a conventional USB power pack to monitor the assay.” Newer smartphones are usually equipped with pretty good cameras. Apart from that, all that’s needed is a laser and a lens – two readily available and cheap components. The LMU researchers used this basic recipe to construct their prototypes.

They went on to demonstrate that DNA fragments that are specific for antibiotic resistance genes in bacteria could be detected by this set-up. But the assay could be easily modified to detect a whole range of interesting target types, such as viruses. Tinnefeld is optimistic: “The past year has shown that there is always a need for new and innovative diagnostic methods, and perhaps our technology can one day contribute to the development of an inexpensive and reliable diagnostic test that can be carried out at home.”