As the coronavirus disease (COVID-19) pandemic continues to spread globally, there is a gleam of hope as some countries have already rolled out vaccination efforts. Caused by the severe acute respiratory syndrome coronavirus 2 (SARS-CoV-2), the virus has now caused over 109 million cases and about 2.4 million deaths.

Researchers at Stanford University, University of Washington, Ragon Institute of MIT, MGH and Harvard, and the University of Louisiana at Lafayette demonstrated the capacity of a subunit vaccine under evaluation, comprising of the SARS-CoV-2 spike protein receptor-binding domain (RBD) displayed on a two-component protein nanoparticle (RBD-NP), to induce robust neutralizing antibody (nAb) responses and protection against SARS-CoV-2 in non-human primates (NHPs).

In the study, published on the preprint server bioRxiv*, the team evaluated the ability of AS03, CpG 1018 formulated in Alum, the TLR-7 agonist adsorbed to Alum (AS37), the squalene-in-water emulsion (O/W), and Alum to boost protective immunity against SARS-CoV-2. 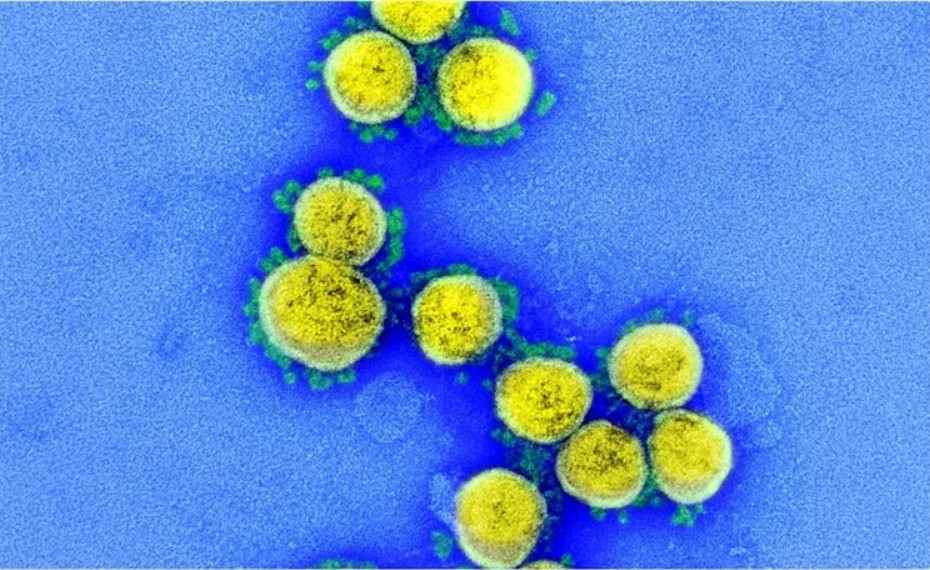 What are subunit vaccines?

Conventional vaccination methods have reduced and eradicated infectious diseases across the globe. Though these vaccines are effective and safe, these approaches are inadequate in their ability to target many other pathogens. An alternative formulated by scientists is a subunit vaccine.

Recombinant subunit vaccines have many benefits over live attenuated and inactivated vaccines. They are efficient in triggering both humoral and cell-mediated immunological responses.

Subunit vaccines also eliminate the risk of handing pathogens but may be more expensive to produce. They may also require adjuvants to enhance the immune response since the antigens alone are insufficient to induce adequate long-term immunity. 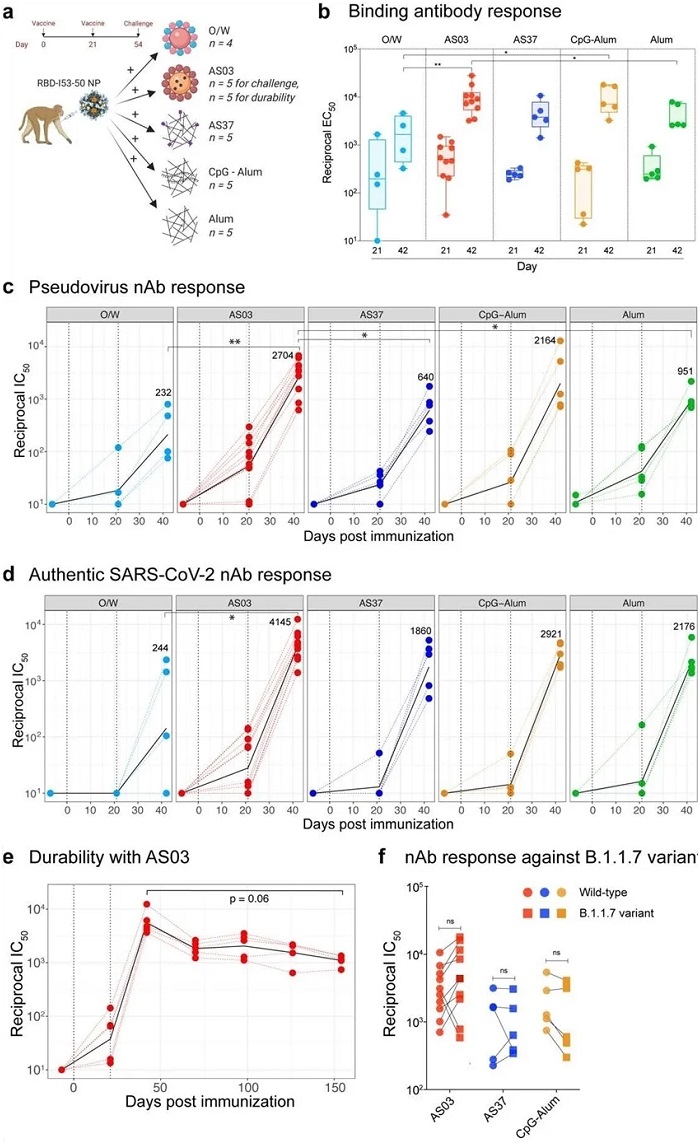 The researchers assessed the immunogenicity and protective efficacy of RBD-NP vaccination using different adjuvants. The team immunized 29 male Rhesus macaques with 25 µg RBD antigen to arrive at the study findings, which were formulated using adjuvants. These adjuvants include O/W, AS03, AS37, CpG 1018-Alum (CpG-Alum), or Alum.

Four additional animals received saline as control. The team vaccinated the animals via the intramuscular route on days 0 and 21 in their forelimbs. They challenged the animals with SARS-CoV-2 through the intranasal or intratracheal routes four weeks after the booster shot.

Five of the ten animals immunized with AS03-adjuvanted RBD-NP were not exposed to the virus to determine the durability of the vaccine-elicited immune responses.

Among the tested adjuvants, AS03 induced the highest magnitude of binding IgG on the 42nd day, and O/W stimulated the least. Binding antibodies in the other adjuvants, like AS37, CpG-Alum, and Alum groups, were akin to AS03 in magnitude.

Apart from the S-specific IgG, the team also measured antibody response to the I53-50 protein nanoparticle (NP) scaffold. All groups exhibited anti-NP antibody titers at a lower magnitude compared to the anti-spike antibody titers in the various adjuvants on the 42nd day.

“RBD-NP immunization induced detectable nAb responses against a SARS-CoV-2 S pseudotyped virus after primary immunization, which significantly increased in all groups after the booster immunization,” the researchers explained in the study.

Further, the team also revealed a high magnitude of CD4 T cell responses specific to the NP-scaffold. The CD4 T cells could help RBD-specific B cells for a more competent and robust immune response. The researchers also noted that there was no inflammation in the lungs four days post-exposure to the virus.

The team concluded that the neutralizing antibody response by the RBDNP/AS03 vaccination was durable. The research findings demonstrate that some adjuvants can be used with the SARS-CoV-2 RBD-NP immunogen. The study results can also help in the development of subunit vaccines to combat the ongoing pandemic.