Vaccines against severe acute respiratory syndrome coronavirus 2 (SARS-CoV-2), the causative agent of coronavirus disease 2019 (COVID-19), are being administered worldwide. A successful, safe and targeted therapeutic drug to treat this infection is yet to emerge.

Convalescent plasma, repurposed antivirals, neutralizing monoclonal antibodies, and highly selected nanobodies (Nbs) and multivalent forms are some of the innovative therapeutics tried against this virus.

However, these attempts to arrive at a cost-effective and highly efficient drug have been met with many challenges, such as poor supply-limit, high dose requirements, high production costs, and inefficient delivery across the plasma-lung/blood-brain barrier, etc.

To date, close to 112 million people have been infected by this highly transmissible virus. Over 2.44 million lives were lost to the severity of this disease caused by this virus. The immediate need for a therapeutic drug cannot be understated during this pandemic.

Many scientists have researched the nanobodies - the camelid-originated, single-domain antibody fragments, that binds selectively to a specific antigen. For anti-SARS-CoV-2, these nanobodies are generated such that they primarily target the receptor-binding domain (RBD) of the SARS-CoV-2 spike (S) glycoprotein for virus neutralization.

The highly selected Nbs and the multivalent forms are found to have high neutralization potency – comparable to, or even better per-mass than, some of the most successful SARS-CoV-2 neutralizing mAbs. Also, Nbs are cheaper to produce. 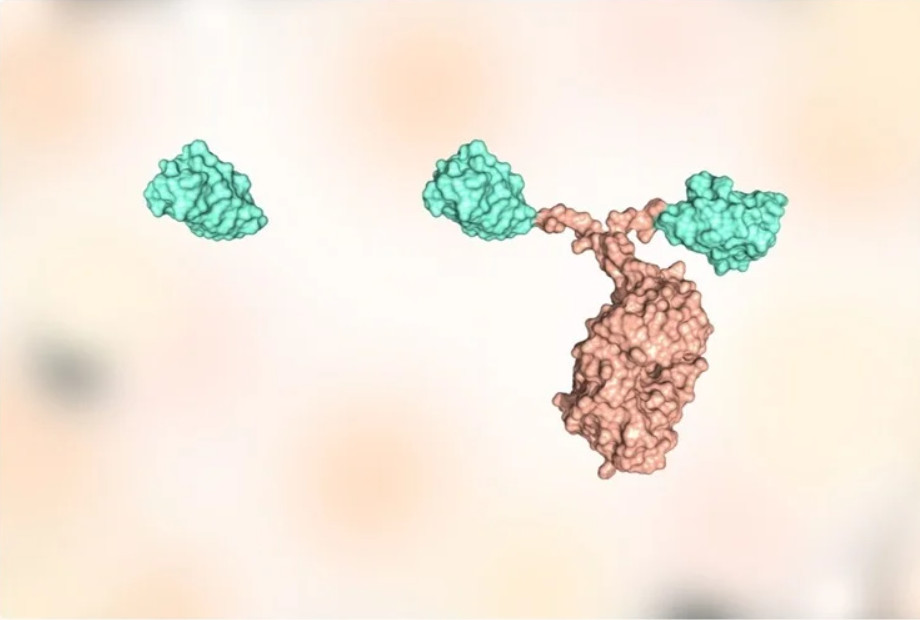 In a previous study, the researchers showed that this ultrapotent homotrimeric construct (PiN-21) efficiently blocked the SARS-CoV-2 infectivity at below 0.1 ng/ml in vitro.

The monomeric Nbs show poor pharmacokinetics due to their small size (~15 kDa) and a lack of Fc-mediated immune effectors’ function. With these concerns for an Nb-based therapy, the researchers investigated if a high in vitro neutralization potency of SARS-CoV-2 Nbs can be translated into in vivo therapeutic benefits.

Therapeutic efficacy against SARS-CoV-2 infection in Syrian hamsters
The researchers used Syrian hamsters for the in vivo studies. The Syrian hamsters model moderate to severe COVID-19 disease. The PiN-21 was delivered intranasally and via inhalation.

The concurrent delivery of PiN-21 also eliminated any weight loss in the infected animals. Consistent protection and a reduction of the viral genomic RNA (gRNA) by reverse transcriptase (RT)-qPCR was observed in these animals.

On day two post-injection, the virus was undetectable in the upper respiratory tract (URT), including both nasal washes and throat swabs of all the PiN-21-treated animals. In contrast, the control group presented varying levels of infectious virus.

We envision that PiN-21 aerosolization treatment could provide both a convenient and cost-effective solution to alleviate disease onset and reduce virus transmission, especially for mild COVID-19 patients who constitute major populations of infections.”
The researchers have found that the PiN-21 can efficiently protect SARS-CoV-2 infection in hamsters by rapidly and drastically suppressing viral replication in both the URT and lower respiratory tract (LRT).

Importantly, the researchers underscored the requirement of an ultra-low dose of the PiN-21 construct to neutralize SARS-CoV-2 infectivity in vivo efficiently.

Importance of the PiN-21 construct
This study demonstrated that the high in vitro neutralization potency of PiN-21 can be translated into therapeutic benefits in vivo independent of Fc-mediated immune responses.

The researchers believe that this construct may benefit high-risk groups, such as seniors, immunocompromised individuals, and infants, in both inpatient and outpatient settings.

The affinity-matured, ultrapotent Nbs are also characterized by excellent physicochemical properties: high solubility and stability (facilitates drug scaling, storage, and transportation). These are critical during responses to pandemics. 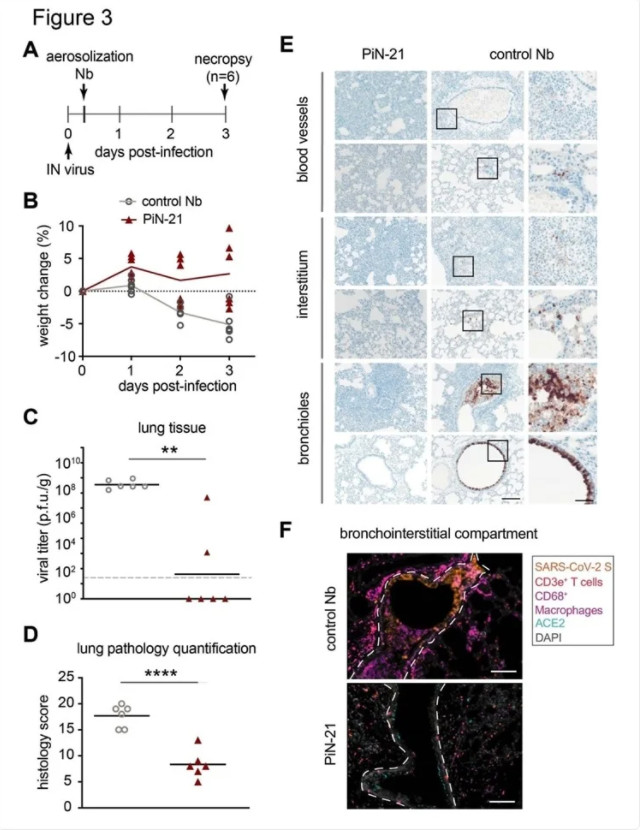 These properties and small sizes of Nbs are an exciting possibility of efficient pulmonary delivery by aerosolization with characteristics of rapid onset of action, high local drug concentration/bioavailability, and improved patient compliance (needle-free) that may benefit a large population of SARS-CoV-2 infected patients, the researchers highlighted in their study.

In this study, the researchers systematically evaluated the efficacy of PiN-21 for prophylaxis and treatment of SARS-CoV-2 infected Syrian hamsters. They provided direct evidence that ultra-low administration of PiN-21 efficiently treats the virus infection. Notably, PiN-21 aerosols can be inhaled to target respiratory infection.

This study warrants further investigating of the Nb construct for effectively fighting the SARS-CoV-2 infection in humans. This is a proof-of-concept study that sheds light on the use of stable, multi-epitope and multivalent Nb constructs, in combination with PiN-21, as a novel aerosol cocktail to effectively block virus mutational escape, the researchers write.

Read the original article on AZoNetwork.