“What makes our vaccine different is that it is a nanoparticle vaccine,” said Payton Weidenbacher, a graduate student in chemistry at Stanford University, US. Speaking to Drug Target Review’s Deputy Editor, Victoria Rees, Weidenbacher explained how the researchers in the lab of principal investigator Professor Peter Kim developed a potential single-shot vaccine to prevent infection from SARS-CoV-2, the coronavirus causing the current COVID-19 pandemic.

According to Weidenbacher, the new vaccine is a single protein which self-assembles into an immunogenic nanoparticle form of the SARS-CoV-2 Spike (S) protein. The research was published in ACS Central Science, with lead author Abigail Powell, a former postdoctoral scholar in the Kim lab.

Having formulated their nanoparticle vaccine successfully, the researchers then tested it in mouse models, to determine the strength of immune response following administration. 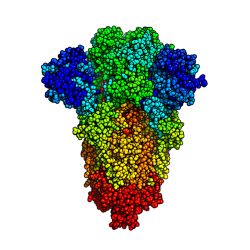 “Encouragingly, the immunisation that we conducted in mice was – after a single immunisation – a response equivalent to, or even better than, convalescent plasma,” said Weidenbacher. He explained that this means it could be used to protect people from SARS-CoV-2 if clinical trials show that the vaccine is safe and effective in humans.

Weidenbacher also discussed the next steps for this potential SARS-CoV-2 prophylactic, which will involve translating the research from an academic level to an industrial one. He said that studies are already underway to improve the formulation, stability, immunogenicity and purification of the vaccine to ensure it can be scaled up.

Meanwhile, Weidenbacher highlighted that the team are investigating whether the vaccine will be effective at combatting infection from variants of SARS-CoV-2, but he is optimistic: “Given how strong of a response we saw in our pre-clinical studies, we are hopeful because… even if we knock it down with new variants, the vaccine will overcome that problem.”