New Imperial-developed nanoprobes tested in zebrafish could help detect cancer more accurately and might aid diagnosis and therapy in the future.

o highlight tumours in the body for cancer diagnosis, doctors can use tiny optical probes (nanoprobes) that light up when they attach to tumours. These nanoprobes allow doctors to detect the location, shape and size of cancers in the body. Most nanoprobes are fluorescent: they absorb light of a specific colour, like blue and then emit back light of a different colour, like green. However, as tissues of the human body can emit light as well, distinguishing the nanoprobe light from the background light can be tough and could lead to the wrong interpretation.

After testing the nanoprobes in zebrafish embryos, the researchers found that bioharmonophores that were modified to target cancer cells highlighted tumours more brightly and for longer periods than fluorescent nanoprobes. Their light can be easily spotted and distinguished by the tissue generally emitted light, and they also attach precisely to tumour cells and no healthy cells, making them more precise in detecting tumour edges. 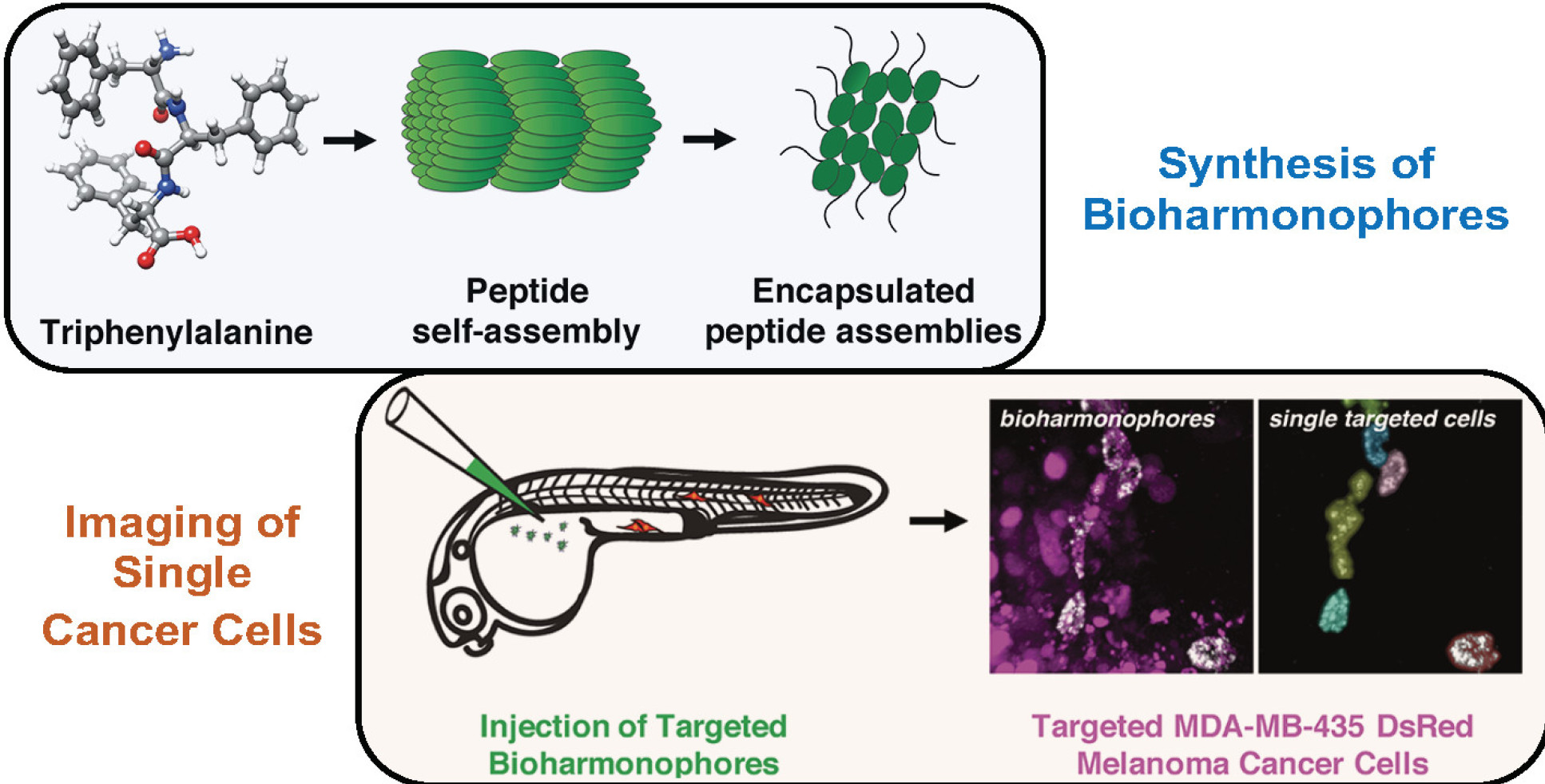 Bioharmonphores are relatively simple to assemble

Lead researcher Dr Periklis Pantazis of Imperial’s Department of Bioengineering said: “Bioharmonophores could be a more effective way to detect tumours than is currently available. They uniquely combine features that could be great for cancer diagnosis and therapy in clinical practice and could eventually improve patient outcomes following further research.”

The findings are published in ACS Nano.

Bioharmonophores are both biocompatible and biodegradable as they are made of peptides - the same ingredients of proteins found in the body. They are metabolised naturally in the body within 48 hours and are therefore unlikely to pose long-term health risks.

To investigate precise tumour detection, the researchers first injected zebrafish embryos with malignant cancer cells, which allowed tumour cells to proliferate unchecked. Twenty-four hours later they injected bioharmonophores which were modified to target p32 peptide molecules that are specifically found in tumour cells. They then used imaging techniques at Imperial’s Facility for Imaging by Light Microscopy to study how well the modified bioharmonophores detected the tumours.

They found that bioharmonophores had outstanding detection sensitivity, meaning they attached to specific tumour cells but not to healthy ones. Fluorescence-enabled nanoprobes tend to attach less specifically, meaning they can misrepresent healthy cells as tumour cells, or vice versa. 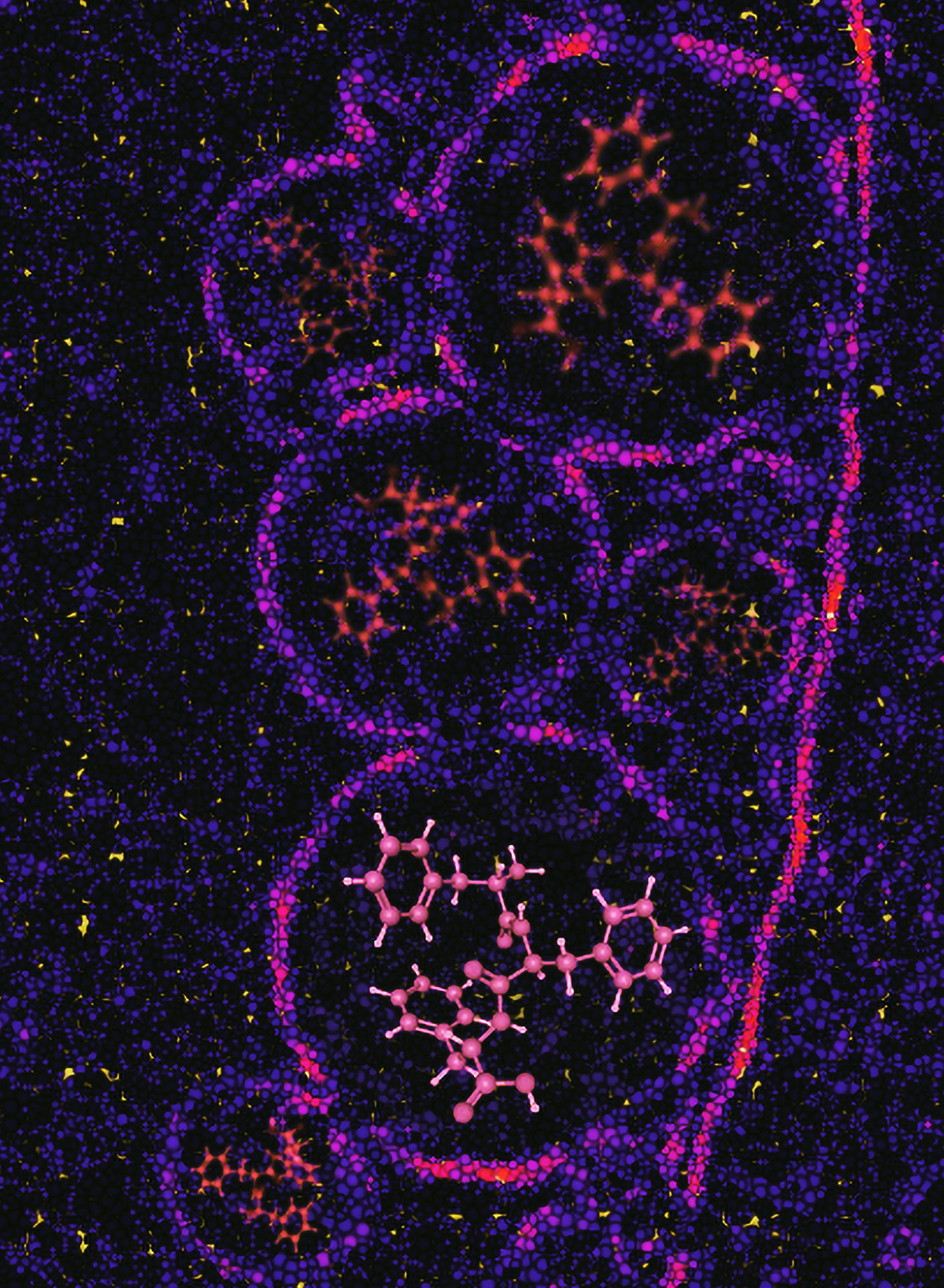 Artistic representation of the bioharmonophore structure

Dr Pantazis said: “It is very important that tumour nanoprobes highlight cells specifically and clearly for cancer diagnosis. Our proof-of-concept study suggests that the very bright bioharmonophores could be powerful tools in diagnosing cancer and targeting treatments in the coming years.”

The manufacture of bioharmonophores is cheap, reproducible, scalable and takes around two days at room temperature. They now need to be tested in mammals to identify how well the findings translate beyond zebrafish.

The researchers are also looking into how bioharmonophores could be used to guide surgical interventions during cancer surgery, as well as how they could generate light at different frequencies to potentially help kill tumour cells with high precision.