It is one of the softest white pigments used by the industry. However, zinc sulfide turns gray over time if it is not appropriately pretreated. Chemists under the leadership of the Center for Nanointegration (CENIDE) at the UDE discovered a way to retain its brilliant color and also enable its use as a catalyst; for example, to convert sunlight into usable energy. The scientific journal "Advanced Functional Materials" covers the topic in its latest issue.

Ideally, a pigment should be resistant to corrosion under light irradiation – especially to UV radiation. It should also retain its white color in the long term. Today, the industry has already achieved all this with zinc sulfide, but the resulting material is not suitable to exploit its other feature of triggering photocatalytic reactions because no charge carriers remain on the particle surface. 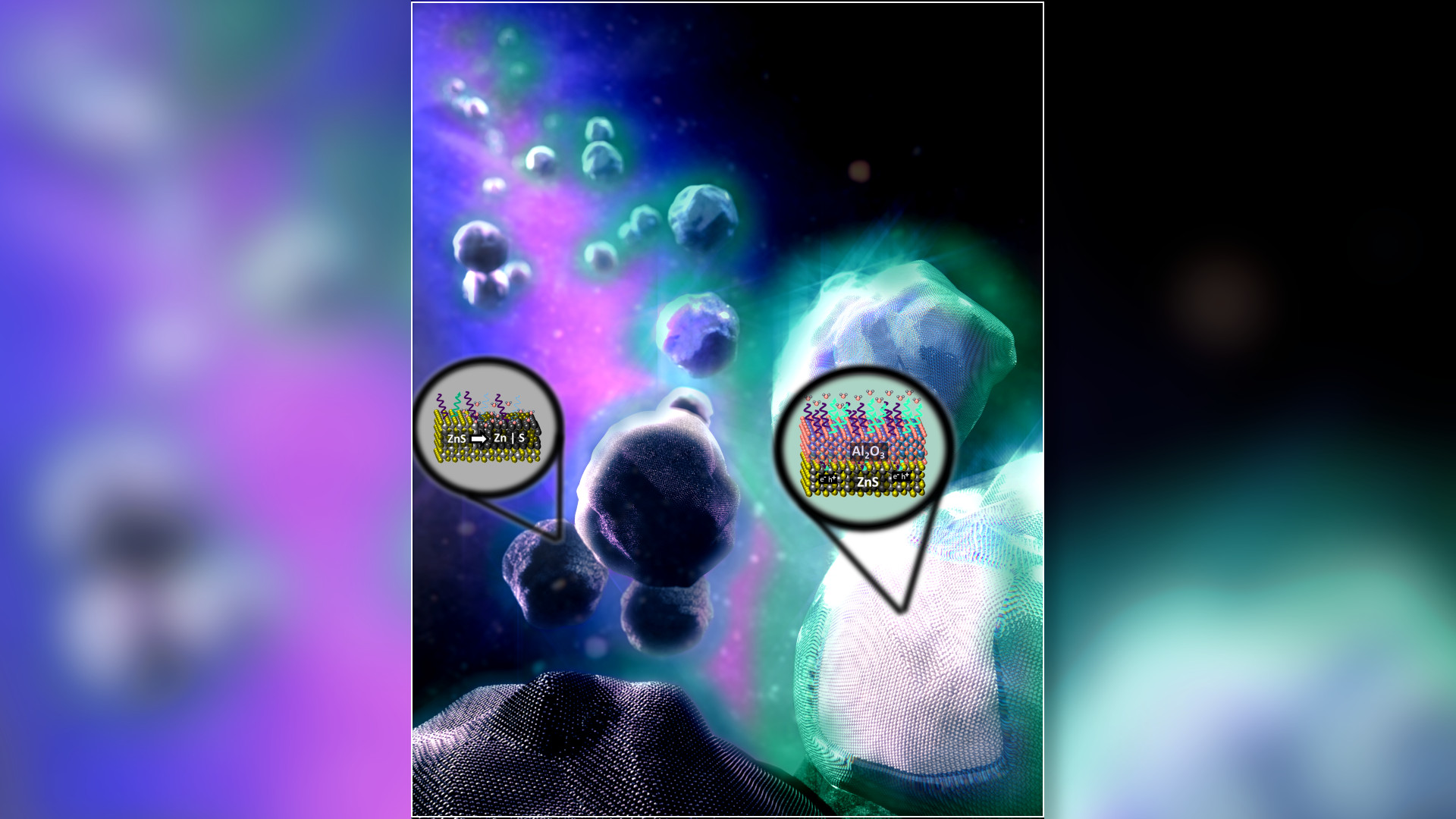 Possible Use for Sustainable Energy Supply

The additional benefit is that the particles in this form are also conceivable as photocatalysts, i.e. to induce chemical reactions triggered by light, such as the degradation of poisonous chemical compounds in waste water or the splitting of water into oxygen and the energy carrier hydrogen. "For this to happen, electrons would have to be able to penetrate the alumina shell," Reichenberger points out. "This is not yet the case, but we are currently testing whether this can be achieved by an even thinner layer."

If they succeed, the core-shell structures would be highly interesting for the photocatalytic treatment of wastewater, for example, or for converting solar energy into storable energy carriers.

Read the original article on UDE.