The technique uses nickel-platinum nanoparticles to increase the sensitivity of an enzyme-linked immunosorbent assay, or ELISA, that is used to test for the presence of cancers, HIV and more.

Early screening can mean the difference between life and death in a cancer and disease diagnosis. That’s why University of Central Florida researchers are working to develop a new screening technique that’s more than 300 times as effective at detecting a biomarker for diseases like cancer than current methods.

The technique, which was detailed recently in the Journal of the American Chemical Society, uses nanoparticles with nickel-rich cores and platinum-rich shells to increase the sensitivity of an enzyme-linked immunosorbent assay (ELISA).

ELISA is a test that measures samples for biochemicals, such as antibodies and proteins, which can indicate the presence of cancer, HIV, pregnancy and more. When a biochemical is detected, the test generates a color output that can be used to quantify its concentration. The stronger the color is, the stronger the concentration. The tests must be sensitive to prevent false negatives that could delay treatment or interventions. 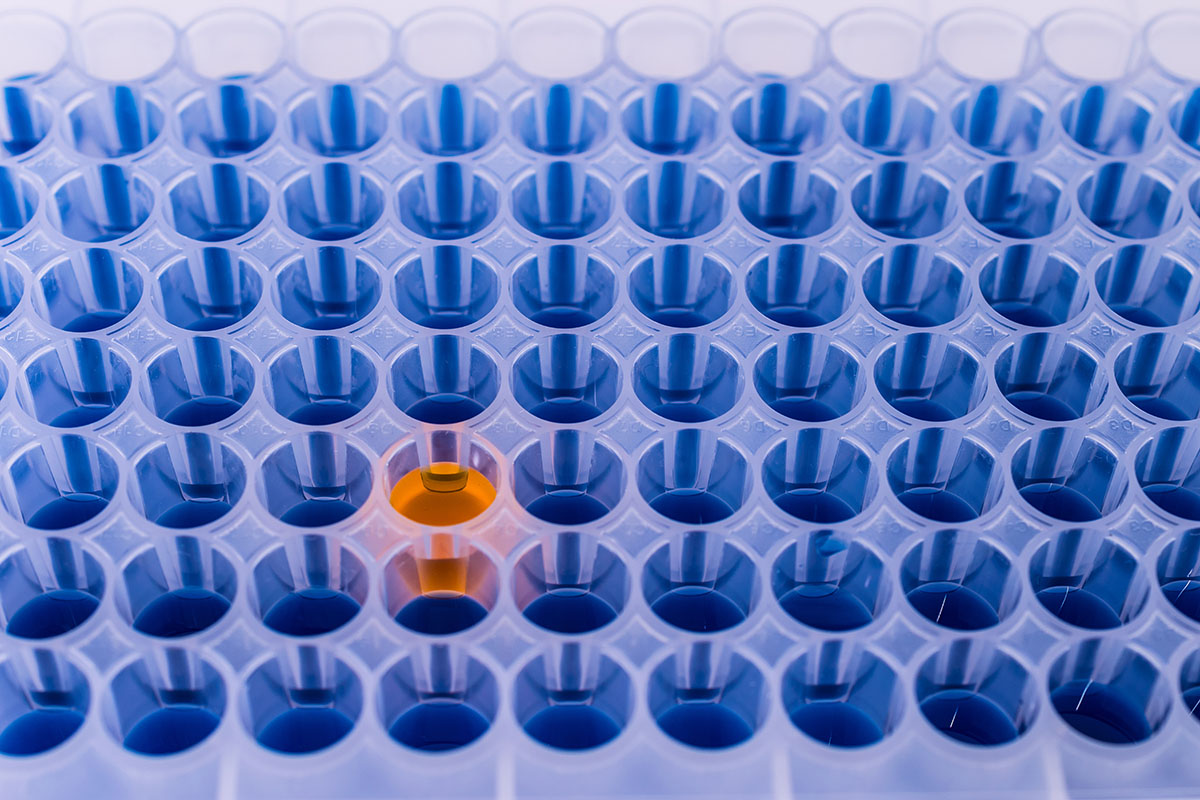 The new, UCF-developed technique uses nanoparticles with nickel-rich cores and platinum-rich shells to increase the sensitivity of an enzyme-linked immunosorbent assay, or ELISA, like the one shown here.

In the study, the researchers found that when the nanoparticles were used in place of the conventional enzyme used in an ELISA — peroxidase — that the test was 300 times more sensitive at detecting carcinoembryonic antigen, a biomarker sometimes used to detect colorectal cancers.

And while a biomarker for colorectal cancer was used in the study, the technique could be used to detect biomarkers for other types of cancers and diseases, says Xiaohu Xia, an assistant professor in UCF’s Department of Chemistry and study co-author.

Colorectal cancer is the third leading cause of cancer-related deaths in the U.S., not counting some kinds of skin cancer, and early detection helps improve treatment outcomes, according to the U.S. Centers for Disease Control and Prevention.

The increase in sensitivity comes from nickel-platinum nanoparticle “mimics” that greatly increase the reaction efficiency of the test, which increases its color output, and thus its detection ability, Xia says.

Peroxidases found in the horseradish root have been widely used to generate color in diagnostic tests for decades. However, they have limited reaction efficiency and thus color output, which has inhibited the development of sensitive diagnostic tests, Xia says.

Nanoparticle “mimics” of peroxidase have been extensively developed over the past 10 years, but none have achieved the reaction efficiency of the nanoparticles developed by Xia and his team.

Xia says next steps for the research are to continue to refine the technology and apply it to clinical samples of human patients to study its performance.

“We hope the technology can be eventually used in clinical diagnostic laboratories in the near future,” Xia says.