An imaging system created by University of Wisconsin–Madison engineers allows humans to peer into the UV range while still viewing the visible spectrum with no batteries required.

When it comes to light, there’s a lot more than meets the human eye. While people can see visible light in the wavelength range between 400 and 700 nanometers — that rainbow between violet and red — there’s a lot of information our eyes can’t detect in the slightly longer wavelengths of near infrared and shorter wavelengths of the ultraviolet range. Various systems to make UV light visible to the human eye have been on the market for years and used to inspect electrical insulation and in criminal forensics, astronomy and photography. But those typically require a power source and electronic components. 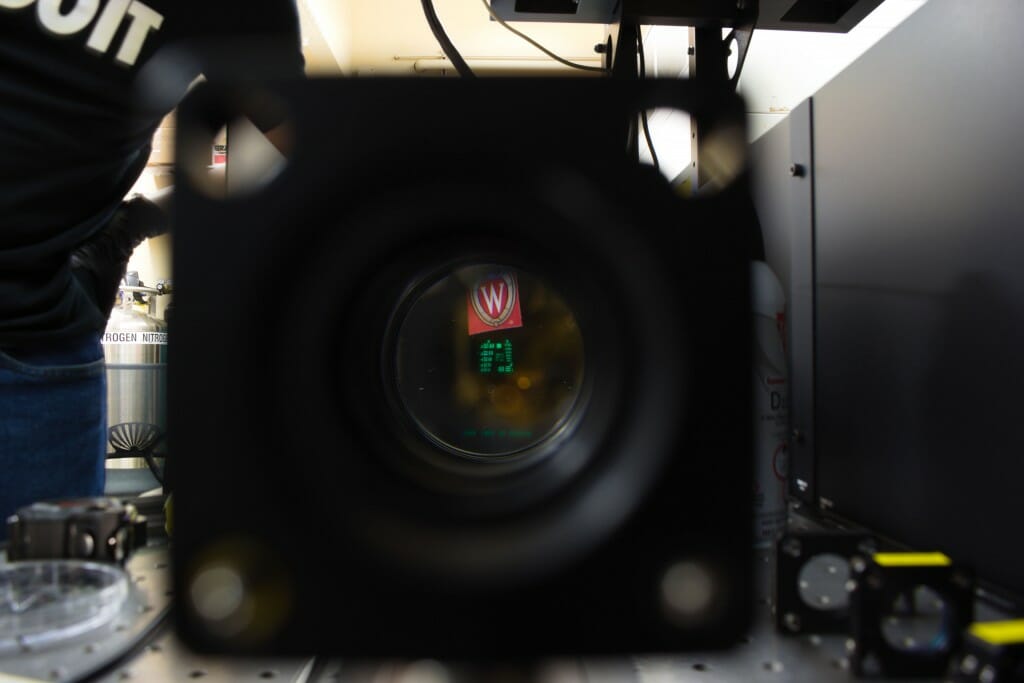 The bright green visible light of the numbers and lines at center entered the device as invisible ultraviolet rays.

Now, an imaging system created by University of Wisconsin–Madison engineers allows humans to peer into the UV range while still viewing the visible spectrum with no batteries required. The engineers described their advance recently in the Journal of Optics.

“The optical system takes UV light rays and converts them into rays of bright-green visible light,” says Mikhail Kats, an associate professor of electrical and computer engineering at UW–Madison who led the research. “We can use it to simultaneously see in the visible spectrum and UV. You can view this as extending the range of human vision. We’re mapping a broad band of UV light into the narrow band of wavelengths that corresponds to green.”

In the new system, a nanocrystal “down-converts” ultraviolet light to the longer wavelengths of the visible green spectrum while the optics surrounding it ensure that each incoming UV ray becomes a single visible ray. This conversion of one ray into one ray is crucial — without it, you would just see a big green blur. Visible light passes through the optical system largely unaltered, enabling simultaneous vision in the UV and in the visible.

Graduate student Jad Salman led construction of the device, which is a version of a simple telescope with some key modifications. At a special point in the telescope, the researchers positioned an 80-nanometer thin film made of cesium lead bromide nanocrystals. A team at Harvard University’s Rowland Institute fabricated the thin film, led by co-author Daniel Congreve, now an assistant professor at Stanford University.

Cesium lead bromide has emerged as a strong candidate for lighting and display applications due to its ability to emit ultra-pure colored light with high efficiency when pumped with electricity. It’s also relatively simple to make.

While the first device is a proof of concept measuring about 8 inches long, Salman says the system could be downsized for use in commercial products, like a device similar to binoculars.

“There is absolutely a straightforward avenue to making it flatter or thinner,” he says. “The engineering is a little bit harder, but we actually think making it shorter will increase the efficiency and make it better.” 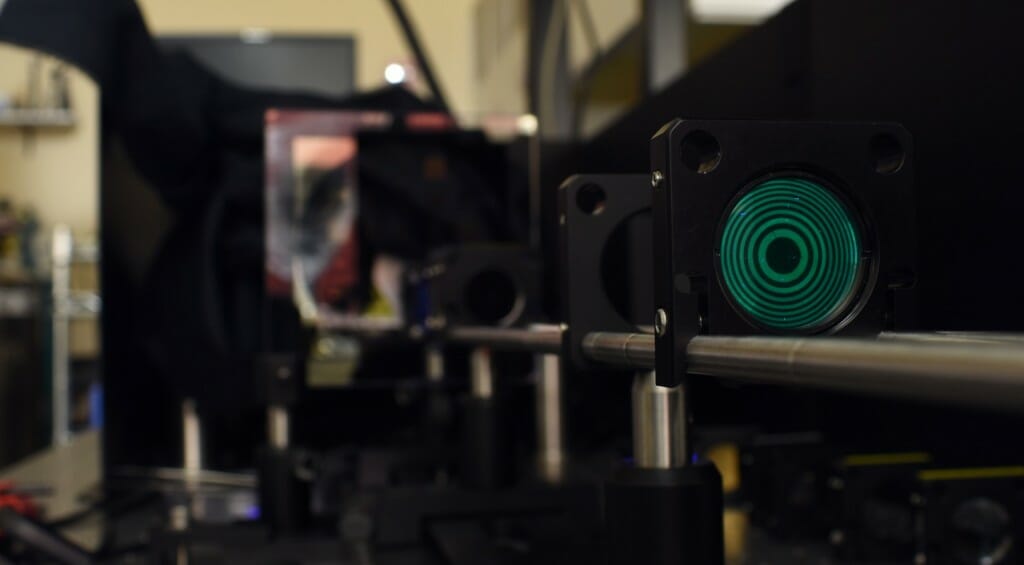 The team also believes it may be possible to use other thin films to perform the opposite function and up-convert near infrared light into the visible spectrum using a similar process, though Kats says the physics of that conversion is more complex. It may even be possible to eventually combine the two mechanisms in a single eye-opening device that enables vision from the ultraviolet to the infrared.