New 2D Superconductor Forms at Higher Temperatures Than Ever Before

New interfacial superconductor has novel properties that raise new fundamental questions and might be useful for quantum information processing or quantum sensing.

Interfaces in solids form the basis for much of modern technology. For example, transistors found in all our electronic devices work by controlling the electrons at interfaces of semiconductors. More broadly, the interface between any two materials can have unique properties that are dramatically different from those found within either material separately, setting the stage for new discoveries.

Now, researchers at the U.S. Department of Energy’s Argonne National Laboratory have discovered a new way to generate 2D superconductivity at a material interface at a relatively high — though still cold —  transition temperature. This interfacial superconductor has novel properties that raise new fundamental questions and might be useful for quantum information processing or quantum sensing.

In the study, Argonne postdoctoral researcher Changjiang Liu and colleagues, working in a team led by Argonne materials scientist Anand Bhattacharya, have discovered that a novel 2D superconductor forms at the interface of an oxide insulator called KTaO3 (KTO). Their results were published online in the journal Science on February 12. 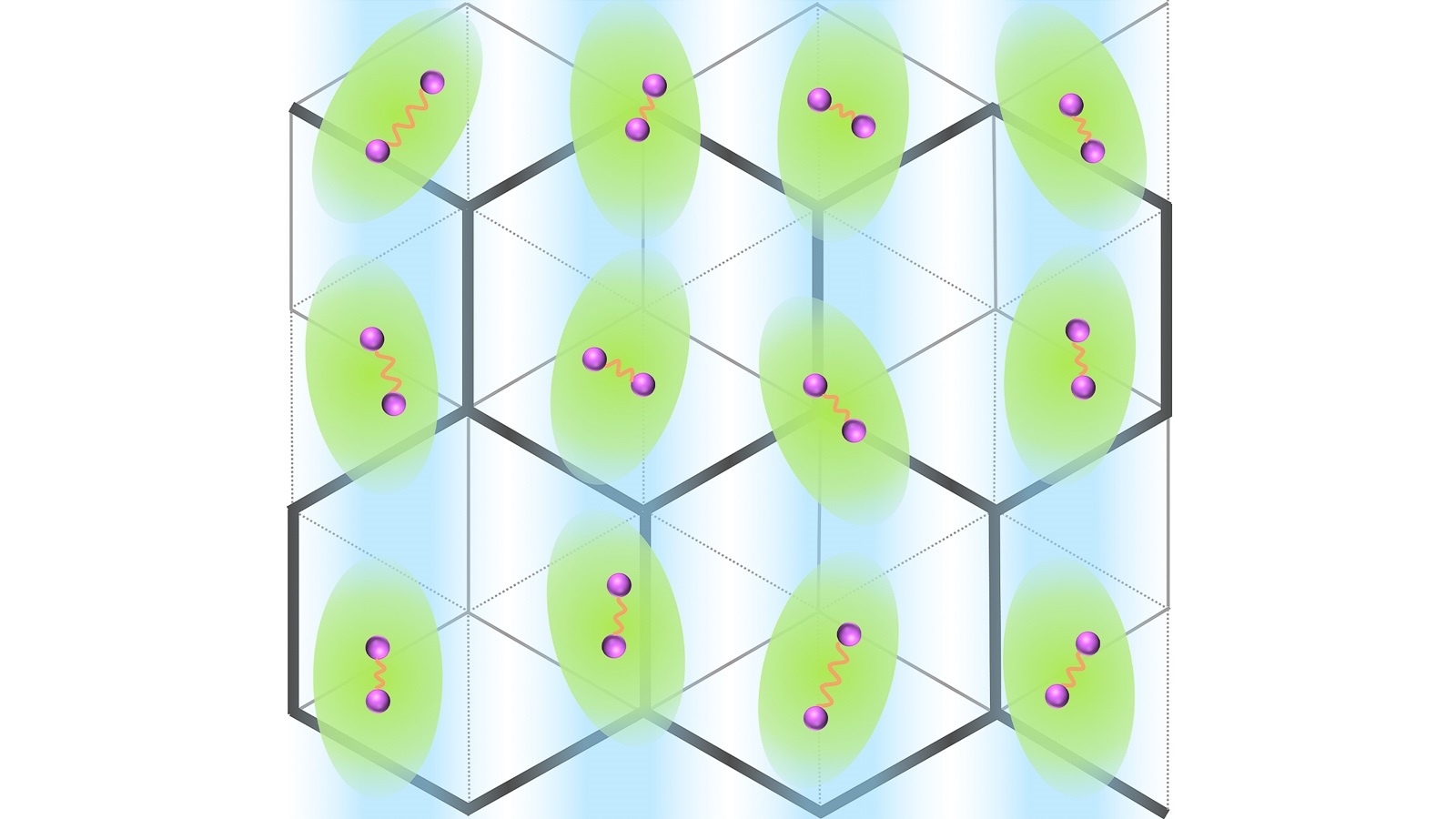 In 2004, scientists observed a thin sheet of conducting electrons between two other oxide insulators, LaAlO3 (LAO) and SrTiO3 (STO). It was later shown that that this material, called a 2D electron gas (2DEG) can even become superconducting — allowing the transport of electricity without dissipating energy. Importantly, the superconductivity could be switched on and off using electric fields, just like in a transistor.

However, to achieve such a superconducting state, the sample had to be cooled down to about 0.2 K — a temperature that is close to absolute zero (– 273.15 °C), requiring a specialized apparatus known as a dilution refrigerator. Even with such low transition temperatures (TC), the LAO/STO interface has been heavily studied in the context of superconductivity, spintronics and magnetism.

In the new research, the team discovered that in KTO, interfacial superconductivity could emerge at much higher temperatures. To obtain the superconducting interface, Liu, graduate student Xi Yan and coworkers grew thin layers of either europium oxide (EuO) or LAO on KTO using state-of-the-art thin film growth facilities at Argonne.

“This new oxide interface makes the application of 2D superconducting devices more feasible,” Liu said. ​“With its order-of-magnitude higher transition temperature of 2.2 K, this material will not need a dilution refrigerator to be superconducting. Its unique properties raise many interesting questions.”

Surprisingly, this new interfacial superconductivity shows a strong dependence on the orientation of the facet of the crystal where the electron gas is formed.

“Electronic realizations of nematicity are rare and of great fundamental interest. It turns out that EuO overlayer is magnetic, and the role of this magnetism in realizing the nematic state in KTO remains an open question,” Bhattacharya said.

In their Science paper, the authors also discuss the reasons why the electron gas forms. Using atomic resolution transmission electron microscopes, Jianguo Wen at the Center for Nanoscale Materials at Argonne, along with Professor Jian-Min Zuo’s group at the University of Illinois at Urbana-Champaign, showed that defects formed during the growth of the overlayer may play a central role.

In particular, they found evidence for oxygen vacancies and substitutional defects, where the potassium atoms are replaced by europium or lanthanum ions — all of which add electrons to the interface and turn it into a 2D conductor. Using ultrabright X-rays at the Advanced Photon Source (APS), Yan along with Argonne scientists Hua Zhou and Dillon Fong, probed the interfaces of KTO buried under the overlayer and observed spectroscopic signatures of these extra electrons near the interface.

“Interface-sensitive X-ray toolkits available at the APS empower us to reveal the structural basis for the 2DEG formation and the unusual crystal-facet dependence of the 2D superconductivity. A more detailed understanding is in progress,” Zhou said.

Beyond describing the mechanism of 2DEG formation, these results point the way to improving the quality of the interfacial electron gas by controlling synthesis conditions. Being that the superconductivity occurs for both the EuO and LAO oxide overlayers that have been tried thus far, many other possibilities remain to be explored.