According to this new study, the vaccine enhanced the recruitment of APCs (antigen-presenting cells), increased polyfunctional spike-specific T cells, with a bias towards TH1 responses, IFN-γ and TNFα as the dominant cytokines, and more robust SARS-CoV-2 spike-specific recall response and presented broad protection against other coronavirus strains. The researchers have performed a thorough study of the vaccine-evoked innate and adaptive immune responses in mice against SARS-CoV-2.

Their vaccine, detailed in a paper published recently on the bioRxiv preprint server, contains a novel particulate nanoparticle, SpFN combined with a potent adjuvant. 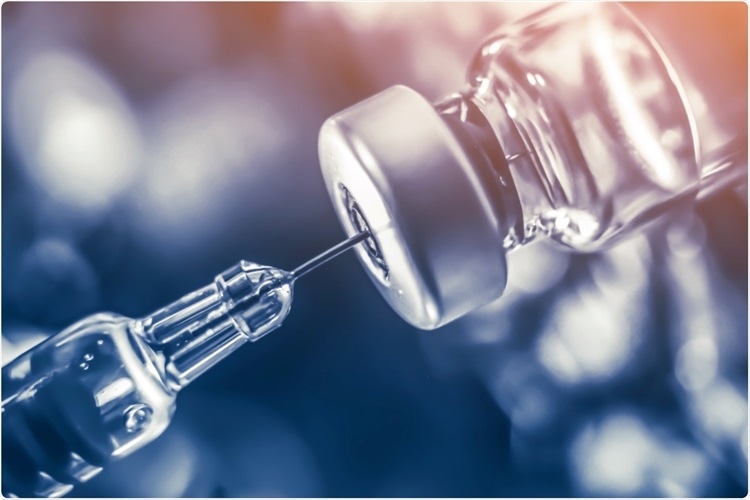 The messenger RNA-based vaccines and recombinant adenovirus vectored vaccines approved for emergency use have demonstrated potent efficacy and unprecedented deployment speed. However, the researchers explain that there is a need for 1) precision vaccine design that may offer improved efficacy to different demographic groups; 2) vaccines that induce durable, long-term immune responses; and 3) a multivalent strategy that protects against emerging variants of SARS-CoV-2 as well as multiple coronavirus (CoV) species that may jump the species barrier to humans in future.

To fill these gaps, the team recently developed a SARS-CoV-2 sub-unit vaccine based on the ferritin nanoparticle platform that displays a pre-fusion stabilized viral spike protein on its surface.

The study’s main aim was “to utilize a unique liposomal adjuvant formulation and a common adjuvant, aluminium hydroxide gel, with a novel particulate antigen, SpFN, to understand the early innate immune responses at the site of vaccination.”

They informed that ferritin, a naturally occurring, ubiquitous, iron-carrying protein that self-oligomerizes into a 24-unit spherical particle, is currently evaluated as a vaccine platform for influenza in two phase 1 clinical trials (NCT03186781, NCT03814720) with two further trials in the recruitment phase for Epstein Barr virus (NCT04645147) and Influenza H10 (NCT04579250).

The researchers genetically linked the modified and stabilized prefusion-spike protein of the Wuhan-Hu-1 strain of SARS-CoV-2, to form a ferritin-fusion recombinant protein, which naturally forms a Spike-Ferritin nanoparticle (SpFN).

They then formulated it with either of the two distinct adjuvants used in this study: 1) Army Liposome Formulation containing the saponin, QS-21(ALFQ), and 2) Aluminum Hydroxide gel (Alhydrogel®) (AH).

Notably, the vaccine SpFN+ALFQ is currently in phase 1 clinical trial in the United States, sponsored by the U.S. Army (ClinicalTrials.gov Identifier: NCT04784767).

Importantly, the researchers highlighted in this study that the adjuvant determines the quality and the quantity of early innate responses, which sets the stage for downstream adaptive immune responses.

These findings have demonstrated a novel vaccine platform for SAR-CoV-2 that leverages the innate immune response to induce potent memory-specific antiviral T cells.