The Birth of a Subnanometer-sized Soccer Ball

Researchers successfully observed the bottom-up synthesis of fullerene C60, which is an allotrope of carbon that resembles a soccer ball.

Ever since the existence of molecules was proven and molecular reactions were predicted, humans have wanted to visually observe how such events proceed. Such observations of single-molecule reactions are highly important for the fundamental understanding of chemical sciences, which would aid in the development of novel catalysts, materials, or drugs, and help us decipher the complex biochemical processes.

However, this was not possible for the longest time in modern chemistry, and so far the information of dynamical processes on the nanometer scale was obtained only from indirect methods because molecules were too small to be visualized.

Recent findings by the researchers at the Center for Nanomedicine within the Institute for Basic Science, South Korea, together with researchers from Japan and Germany may have just changed this. The group successfully observed the bottom-up synthesis of fullerene C60, which is an allotrope of carbon that resembles a soccer ball, and produced a video image detailing the process using single-molecule atomic resolution real-time electron microscopy (SMART-EM).

This was made possible with the advent of aberration-corrected transmission electron microscopy (TEM) and the establishment of the conditions for resolving subnanometer-sized objects such as molecules and even single atoms.

TEM observation of truxene irradiated under the electron beam.

In their experiment, the researchers worked with a tailor-made truxene derivative (C60H30), which has the shape of a flat-pressed soccer ball as the starting material. For the TEM observation, the truxene was fixed on a graphene monolayer, which prevents the molecule from undergoing rapid translation across the surface or even the detachment into the vacuum.

Through the isolation of a single molecule on the surface, they were able to study dynamic processes without the interference of other molecules. This flat 2-dimensional material was then irradiated with a highly energetic electron beam of up to 80,000 V, which is hundreds of times greater than the voltage found in the household electrical outlets.

What happens to the molecule if it is exposed to such a powerful electron beam? If the molecule follows the rules of classical organic chemistry textbooks, the extreme condition would force the truxene to lose its hydrogens by a process known as cyclodehydrogenation, which causes the remaining carbon atoms within the molecule to fold up into a spherical shape (Figure 1). But if high energy pathways dominate, an unpredictable decomposition, up to the complete atomization of the molecule, would be the result. 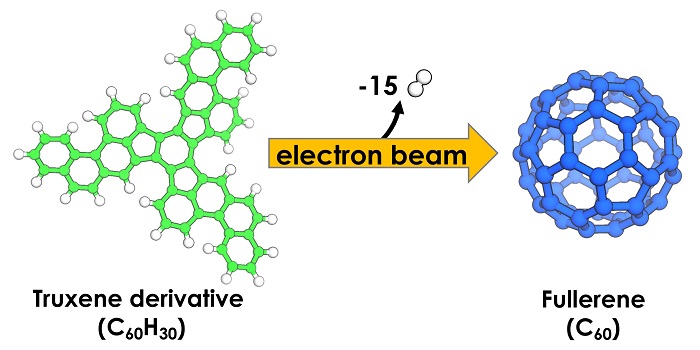 Figure 1. The chemical reaction of truxene derivative to fullerene C60.

By extensively correlating the actual TEM images with those of simulated models (Figure 2), the researchers found that the truxene molecule initially undergoes a kinetically and thermodynamically controlled cyclodehydrogenation reaction. The TEM observations revealed that the reaction pathway occurs via thermodynamically favored key intermediates through seemingly classical organic reaction mechanisms, which were identified and captured on video.

Thus, they showed that the electron beam transfers kinetic energy to the nuclei and excites the vibrational states of the molecule, which gives the molecule sufficient energy to undergo chemical reactions. Importantly, it was found that the cross-section (probability) for the conventional chemical pathway is larger than that for the destructive C–H bond cleavage. 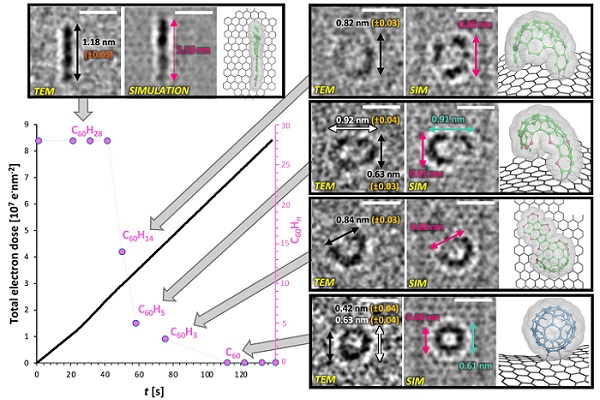 Figure 2. TEM, simulation, and model images of intermediates that were identified during the course of the reaction.

These findings describe for the first time the real-space and real-time analysis of a discrete molecule-to-molecule transformation, captured on video. This real-space observation of a discrete chemical reaction is a milestone in chemical sciences and will lead to a deeper understanding of the fundamental chemical processes on the nanoscale. Identification of the key intermediates also revealed new insights into electron beam-driven reactions.

The researchers plan to explore the full scope of the SMART-EM technique by applying it to larger systems, such as the analysis of liquid media. This will further advance the research in the fields ranging from nanomaterials chemistry to biomedical sciences, where the understanding of beam-matter interactions is of utmost importance. The insights gained in these studies will also help to design novel strategies to synthesize nanomaterials using electron beam lithography.