A Template for Fast Synthesis of Nanographenes

A group of ITbM researchers have developed a new method for quickly and efficiently synthesizing nanographenes, a type of nanocarbon with great potential as a next generation material.

Nanographenes are the part structures of graphene, which is a sheet of carbon atoms around 3 nanometers thick with particular potential for use in semiconductor development, having electron mobility several hundred times better than current generation materials. Graphene was first isolated in 2004, a discovery which received the 2010 Nobel Prize in physics, making it a very new material which is currently the subject of a great deal of research. 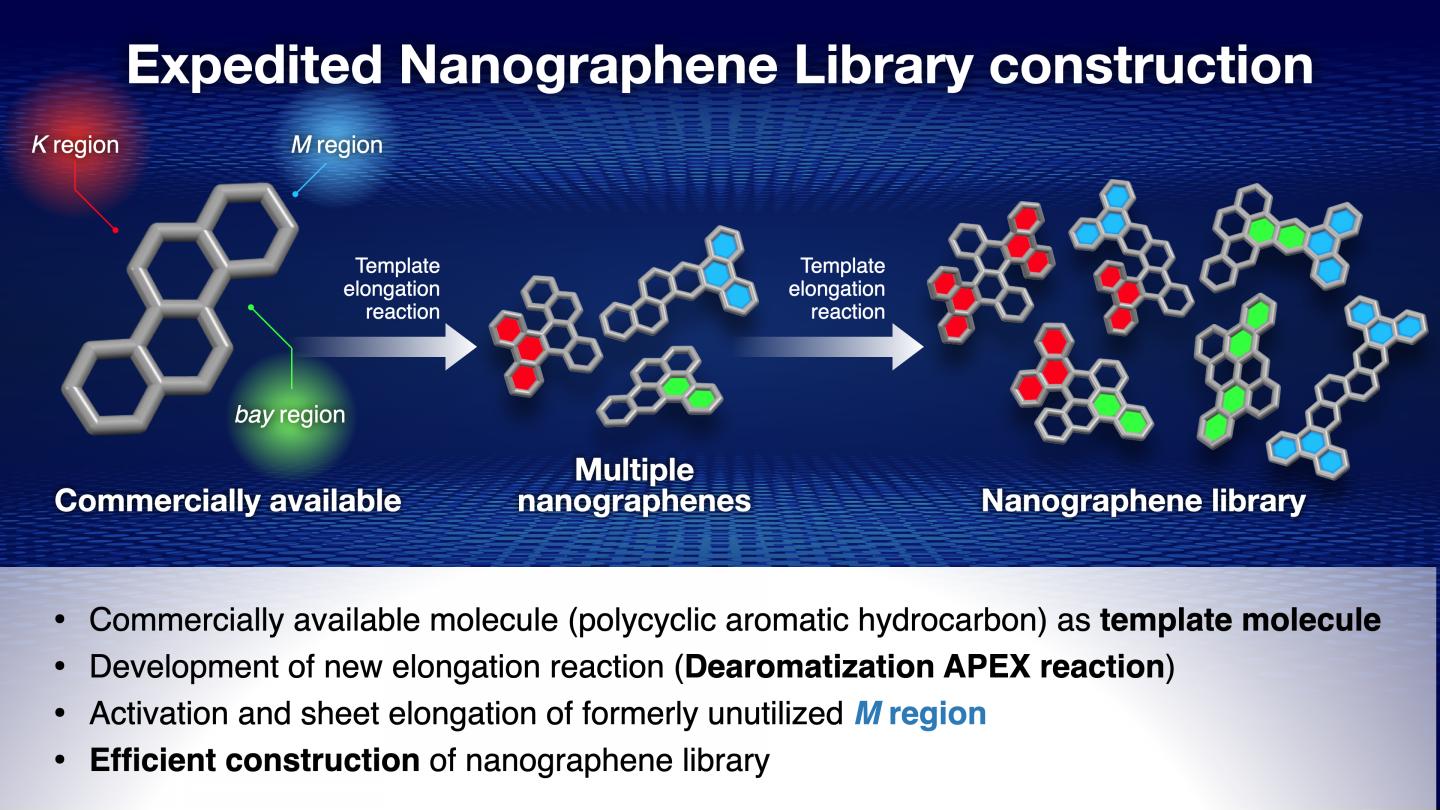 APEX reactions are carried out on the K, M and bay regions of the polycyclic aromatic hydrocarbon, synthesizing multiple nanographenes. These reactions can then be repeated, further increasing the number of potential nanographene structures that can be synthesized.

With Professor Itami's group having already developed the K region APEX reaction, and another group of scientists having done so for the bay region, they turned their attention to the M region. They activated the Mregion using the 1950 Nobel Prize winning Diels-Alder reaction, and succeeded in carrying out an elongation reaction on the activated M region, thus rendering all three possible sites on the polycyclic aromatic hydrocarbons capable of synthesizing nanographenes.

The researchers were able to produce 13 nanographenes with three APEX reactions, with most of these being previously unseen structures, thus proving both the efficiency and usefulness of this new method.

This exciting new piece of research and its potential to accelerate the creation of nanographene libraries is a step towards the development of the next generation of materials, which have the potential to revolutionize semiconductors and solar energy and improve lives all around the world.