CU Boulder researchers have discovered that minuscule, self-propelled particles called “nanoswimmers” can escape from mazes as much as 20 times faster than other, passive particles, paving the way for their use in everything from industrial clean-ups to medication delivery.

The findings, published this week in the Proceedings of the National Academy of Sciences, describe how these tiny synthetic nanorobots are incredibly effective at escaping cavities within maze-like environments. These nanoswimmers could one day be used to remediate contaminated soil, improve water filtration or even deliver drugs to targeted areas of the body, like within dense tissues.

“This is the discovery of an entirely new phenomenon that points to a broad potential range of applications,” said Daniel Schwartz, senior author of the paper and Glenn L. Murphy Endowed Professor of chemical and biological engineering.

These nanoswimmers came to the attention of the theoretical physics community about 20 years ago, and people imagined a wealth of real-world applications, according to Schwartz. But unfortunately these tangible applications have not yet been realized, in part because it’s been quite difficult to observe and model their movement in relevant environments—until now. 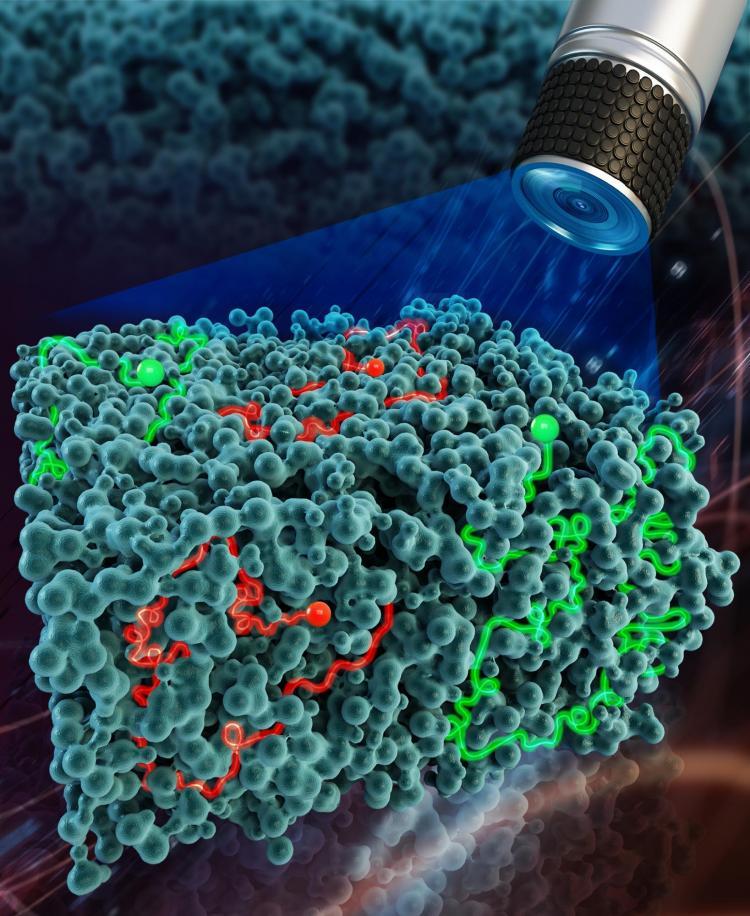 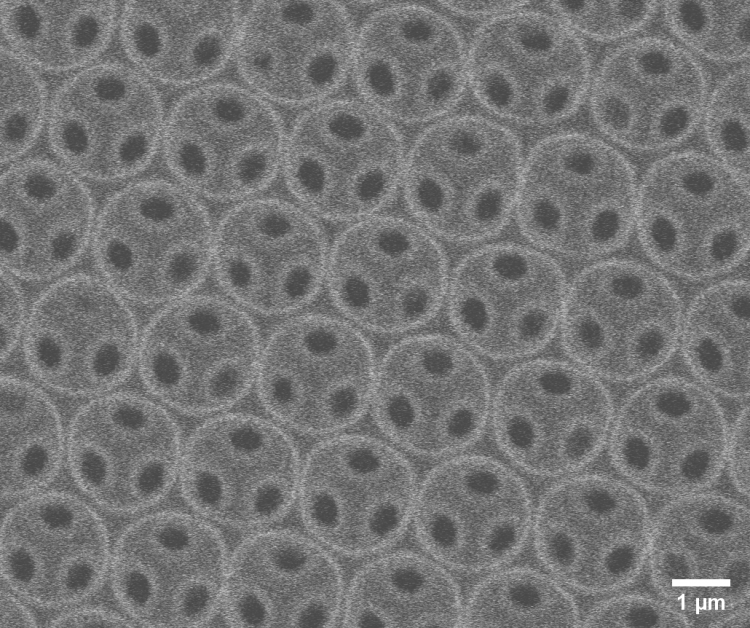 These nanoswimmers, also called Janus particles (named after a Roman two-headed god), are tiny spherical particles composed of polymer or silica, engineered with different chemical properties on each side of the sphere. One hemisphere promotes chemical reactions to occur, but not the other. This creates a chemical field which allows the particle to take energy from the environment and convert it into directional motion—also known as self-propulsion.

“In biology and living organisms, cell propulsion is the dominant mechanism that causes motion to occur, and yet, in engineered applications, it’s rarely used. Our work suggests that there is a lot we can do with self-propulsion,” said Schwartz.

In contrast, passive particles which move about randomly (a kind of motion known as Brownian motion) are known as Brownian particles. They’re named after 19th century scientist Robert Brown, who studied such things as the random motion of pollen grains suspended in water.

The researchers converted these passive Brownian particles into Janus particles (nanoswimmers) for this research. Then they made these self-propelled nanoswimmers try to move through a maze, made of a porous medium, and compared how efficiently and effectively they found escape routes compared to the passive, Brownian particles.

The results were shocking, even to the researchers.

The Janus particles were incredibly effective at escaping cavities within the maze—as much as 20 times faster than the Brownian particles—because they moved strategically along the cavity walls searching for holes, which allowed them to find the exits very quickly. Their self-propulsion also appeared to give them a boost of energy needed to pass through the exit holes within the maze.

“We know we have a lot of applications for nanorobots, especially in very confined environments, but we didn’t really know how they move and what the advantages are compared to traditional Brownian particles. That’s why we started a comparison between these two,” said Haichao Wu, lead author of the paper and graduate student in chemical and biological engineering. “And we found that nanoswimmers are able to use a totally different way to search around these maze environments.”

While these particles are incredibly small, around 250 nanometers—just wider than a human hair (160 nanometers) but still much, much smaller than the head of a pin (1-2 millimeters)—the work is scalable. This means that these particles could navigate and permeate spaces as microscopic as human tissue to carry cargo and deliver drugs, as well as through soil underground or beaches of sand to remove unwanted pollutants.

The next step in this line of research is to understand how nanoswimmers behave in groups within confined environments, or in combination with passive particles.

“In open environments, nanoswimmers are known to display emergent behavior—behavior that is more than the sum of its parts—that mimics the swarming motion of flocks of birds or schools of fish. That’s been a lot of the impetus for studying them,” said Schwartz.

One of the main obstacles to reaching this goal is the difficulty involved in being able to observe and understand the 3D movement of these tiny particles deep within a material comprising complex interconnected spaces.

Wu overcame this hurdle by using refractive index liquid in the porous medium, which is liquid that affects how fast light travels through a material. This made the maze essentially invisible, while allowing the observation of 3D particle motion using a technique known as double-helix point spread function microscopy.

This enabled Wu to track three-dimensional trajectories of the particles and create visual representations, a major advancement from typical 2D modeling of nanoparticles. Without this advancement, it would not be possible to better understand the movement and behavior of either individuals or groups of nanoswimmers.

“This paper is the first step: It provides a model system and the imaging platform that enables us to answer these questions,” said Wu. “The next step is to use this model with a larger population of nanoswimmers, to study how they are able to interact with each other in a confined environment.”

Read the original article on University of Colorado.