Patterning Silicon at the One Nanometer Scale

Researchers have developed an innovative technique for creating nanomaterials. These are materials only atoms wide. They draw on nanoscience to allow scientists to control their construction and behavior. The new electron beam nanofabrication technique is called plasmon engineering. It achieves unprecedented near-atomic scale control of patterning in silicon. Structures built using this approach produce record-high tuning of electro-optical properties.

In this research, scientists used plasmon engineering to control the optical and electronic properties of silicon. The technique uses aberration-corrected electron beam lithography. This process involves using a beam of electrons to modify the surface of a material. Plasmon engineering allowed researchers to modify material at the near atomic scale. The use of “conventional” lithography means this approach could one day be applied to industrial applications. This approach will benefit researchers working on optical communications, sensing, and quantum computing. 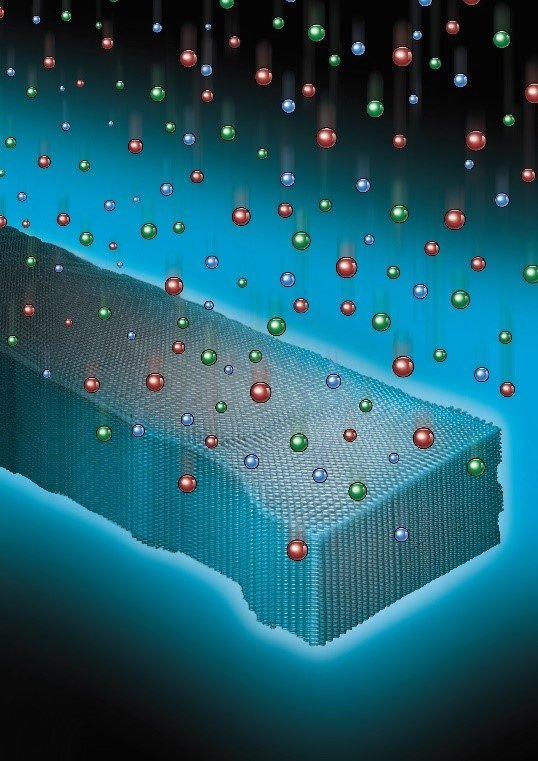 Ions from a reactive plasma shape a silicon nanowire approximately 40 atoms wide. The periodic atomic arrangement is preserved up to the edge of the nanowire.

Patterning materials at single nanometer resolution allows scientists to precisely engineer quantum confinement effects. Quantum effects are significant at these length scales and controlling the nanostructure dimensions provides direct control over electrical and optical properties. Silicon is by far the most widely-used semiconductor material in electronics, and the ability to fabricate silicone‐based devices of the smallest dimensions for novel device engineering is highly desirable.