University of Houston researchers are reporting a breakthrough in the field of materials science and engineering with the development of an electrochemical actuator that uses specialized organic semiconductor nanotubes (OSNTs).

Currently in the early stages of development, the actuator will become a key part of research contributing to the future of robotic, bioelectronic and biomedical science.

“Electrochemical devices that transform electrical energy to mechanical energy have potential use in numerous applications, ranging from soft robotics and micropumps to autofocus microlenses and bioelectronics,” said Mohammad Reza Abidian, associate professor of biomedical engineering in the UH Cullen College of Engineering. He’s the corresponding author of the article “Organic Semiconductor Nanotubes for Electrochemical Devices,” published in the journal Advanced Function Materials, which details the discovery. 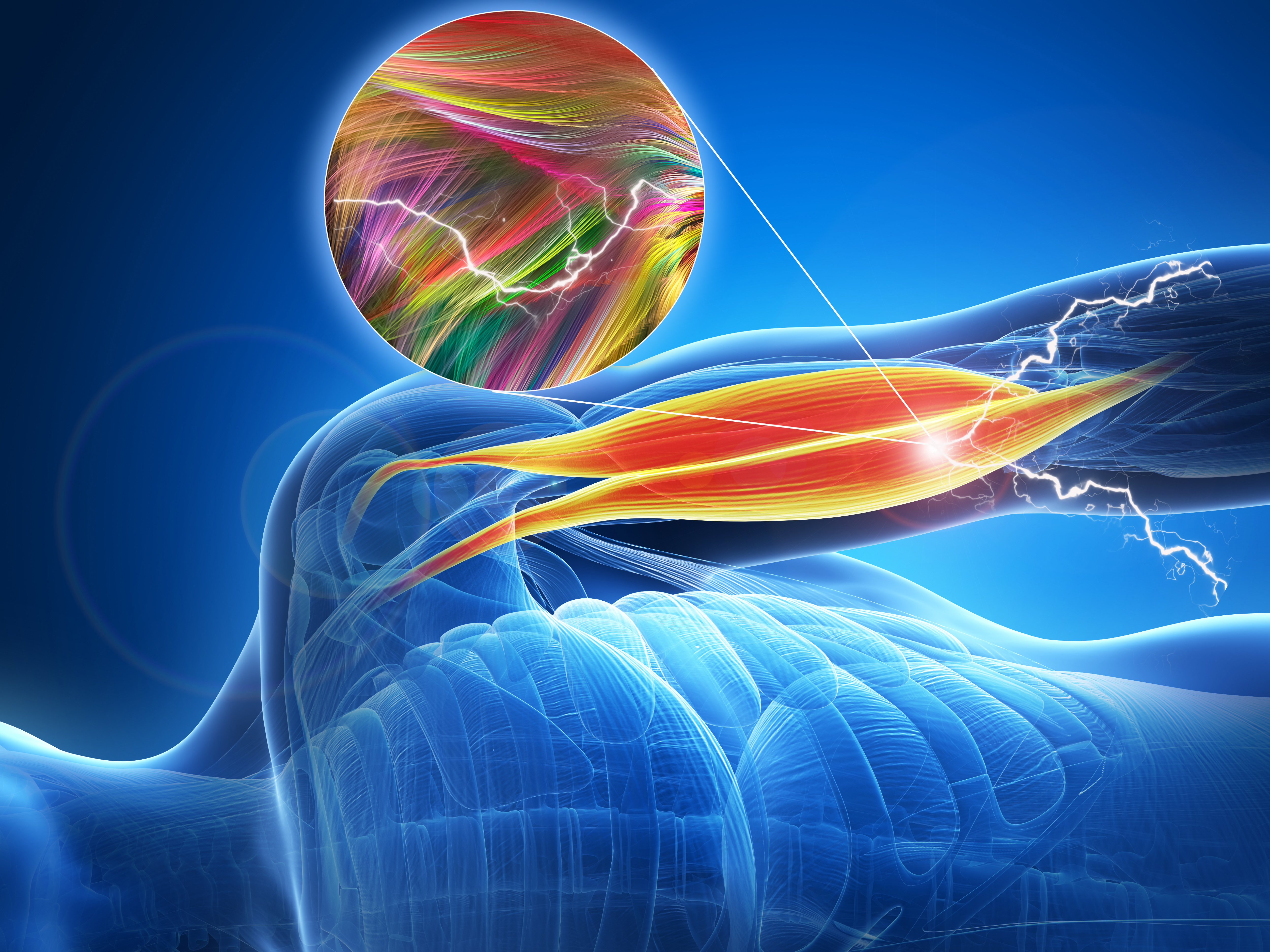 Depiction of the application of organic semiconductor nanotubes in artificial muscle.

Significant movement (which scientists define as actuation and measure as deformation strain) and fast response time have been elusive goals, especially for electrochemical actuator devices that operate in liquid. This is because the drag force of a liquid restricts an actuator’s motion and limits the ion transportation and accumulation in electrode materials and structures. In Abidian’s lab, he and his team refined methods of working around those two stumbling blocks.

This outstanding performance, he explained, stems from the enormous effective surface area of the nanotubular structure. The larger area facilitates the ion transport and accumulation, which results in high electroactivity and durability.

Joining Abidian on the project were Mohammadjavad Eslamian, Fereshtehsadat Mirab, Vijay Krishna Raghunathan and Sheereen Majd, all from the Department of Biomedical Engineering at the UH Cullen College of Engineering.

The organic semiconductors used, called conjugated polymers, were discovered in the 1970s by three scientists – Alan J. Heeger, Alan MacDiarmid and Hideki Shirakawa – who won a Nobel prize in 2000 for the discovery and development of conjugated polymers.

For a new type of actuator to outshine the status quo, the end product must prove not only to be highly effective (in this case, in both liquid and gel polymer electrolyte), but also that it can last.

“To demonstrate potential applications, we designed and developed a micron-scale movable neural probe that is based on OSNT microactuators. This microprobe potentially can be implanted in the brain, where neural signal recordings that are adversely affected, by either damaged tissue or displacement of neurons, may be enhanced by adjusting the position of the movable microcantilevers,” said Abidian.

The next step is animal testing, which will be undertaken soon at Columbia University. Early results are expected by the end of 2021, with longer term tests to follow.

“Considering the achievements so far, we anticipate these new OSNT-based electrochemical devices will help advance the next generation of soft robotics, artificial muscles, bioelectronics and biomedical devices,” Abidian said.